The New York Times has published a long article on Foxconn which, while it doesn’t provide much in the way of new information, does act as a sobering reminder of just how companies like Apple can make so very much money. When our own John Biggs visited Foxconn, he focused on the company itself, its scale, its intentions. When I wrote about Apple’s suppliers failing to meet environmental standards, it was more about the laxity of regulators within China. Today’s NYT piece depicts Apple as prime mover and potential catalyst of change — but its actions and information from insiders suggest that it is simply unwilling.

There is a certain genius to negotiating down the price of every screw and wire, and never paying a yuan more than is absolutely necessary. As in design and build quality, Apple’s accomplishment in this area is something to which other companies can only aspire.

Something the article only fleetingly acknowledges is that Foxconn is used by most of the major electronics brands in the world. Samsung, Microsoft, Amazon, and the rest all contract with Foxconn to manufacture, assemble, or finish their products. The threatened mass suicide the other week was, in fact, at an Xbox production facility. The author implies that HP and Nike “push” their suppliers, presumably in a good way, but Apple does not.

The comparison is made without much in the way of evidence. But it doesn’t appear that Apple is being unfairly targeted: people from within Apple confirm the company’s attitude towards suppliers, and acknowledge that they rarely back up their threats with action. This is for the reason that has been making the rounds over the last week: the suppliers they have are the best in the world, and they are barely able to keep up with Apple’s demands.

There’s a sort of power inversion going on there. Here is Foxconn, which celebrates whenever a client like Apple comes by to make a big order. And here is Apple, which dictates the terms and is, to some extent, the money in the relationship. But which one of these two could fare better if the other backed out? Foxconn would have to spend a few billion reconfiguring its factories to pump out Galaxy Tabs and Kindle Fires. Apple, which has come to rely on Foxconn’s guarantee of millions of products being manufactured at will, and to specs that may change by the hour, would be adrift.

So it has never been a surprise to me when I hear that Apple, and others, only do so much to change the situation in factories and factory towns in China. The simple fact of it is they’re not the ones at the reins. Foxconn and China have our all-important tech companies by the scruff of the neck, and bear the big bad audits by Apple (more likely by people representing people representing Apple) like they’d bear a kitten swiping at their face. It’s a high stakes game, and Foxconn and its like hold all the cards.

Well, not all the cards. As I wrote once, the reason Apple does the things it does is to please us, the consumers. We demand a new iPhone every year that must be better and cheaper. We insist that a thousand dollars is too much for a state of the art computer. We want bigger TVs and external hard drives and slim cameras. And we, almost without exception, fail to care when our demand for more iPads drives Apple to double its orders, driving Foxconn to push more overtime, driving poorly-maintained ventilation systems to their limits, driving a spark to ignite an aluminum-dust explosion. It’s not our problem, it’s Apple’s or it’s Foxconn’s or it’s China’s. Very reassuring. 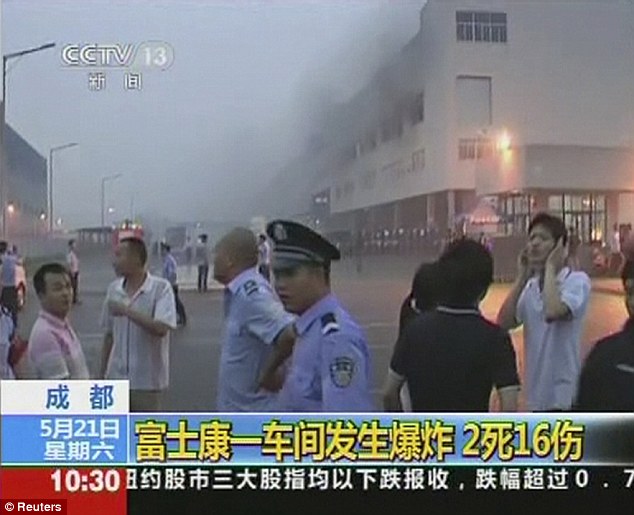 One dreamer quoted in the NYT article says: “If they committed to building a conflict-free iPhone, it would transform technology.” Yes, and at the same time, it would transform Apple into a bankrupt company. A conflict free iPhone would cost far, far more and would in all likelihood not be as well-built. Apple knows this. The system we and they have in place works, unfortunately, at least for everyone but the workers coated in N-hexane. And at a twelve to a hundred thousand dollars a pop, they aren’t worth rocking the boat for, especially when you’ve got record profits coming in.

Just don’t forget that we’re in that boat too. Unlike many other companies whose profits come largely from ads, enterprise products, or components, the vast majority of what Apple makes comes straight out of a consumer’s pockets, more or less willingly. More than any other mega-corporation you and I deal with on a daily basis, we are fully in control of our contributions to this company. We’re part of this. Some would say the biggest part.