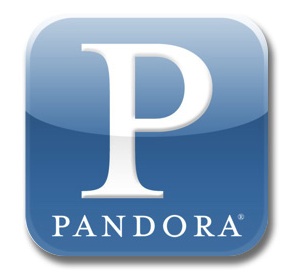 Three years ago, I got a phone call — Pandora was about to die.

Things were not going well for the Internet radio service at that point. The economy was collapsing, Sequoia would soon give its infamous “RIP, Good Times” presentation, and most importantly for Pandora, it was starting to look like the Copyright Royalty Board (CRB) may not lower their rates. This led founder Tim Westergren to suggest that they may have to shut the service down. And we wrote that sadly, it was looking like Pandora may have to be a “sacrificial lamb“.

That’s what makes today so fascinating — and perhaps the feel-good tech story for this generation of web startups. Pandora IPO’d this morning, listing itself on the New York Stock Exchange under the symbol “P”. While the orignal IPO share price had been set at $7 to $9, the company revised that to $10 to $12, and then set it yesterday at $16. The stock opened today north of $20 a share, where it remains. The market cap is now over $3 billion. Again, this was a company that was going to die.

I got the chance to speak with Pandora head of product and CTO Tom Conrad about the big day — as well as the amazing backstory of the company.

“It’s a beautiful day in New York,” Conrad says with a laugh. When I tell him that’s on the record, he laughs again. “It rained yesterday, but not a cloud in the sky today.” He’s in a good mood, obviously. And he should be. He got to take the company that he has poured his life into for the past seven years public today. He says he’s speaking to me from either “deep in the basement or way up up in a tower” at the NYSE.

“It’s a really exciting time for Pandora. We’re growing really fast. And we’re excited about the opportunity for all the new listeners we have,” Conrad kicks things off by saying. I ask him to back up and start at the beginning.

Pandora was founded in 2000, but it wasn’t known as “Pandora” at the time. Instead, the company was focused on their Music Genome Project, which aimed to extract the DNA from music, as it were, and find commonalities to perfect recommendations. When Conrad joined in 2004, the company was known as Savage Beast — yes, a truly awful name that invokes Savage Garden. In fact, here’s an early blog post from Conrad about Savage Beast that he probably won’t be pleased with me sharing.

When Conrad came on board, the company had just taken its first real venture capital investment (from Walden Ventures) and Joe Kennedy had just been hired as CEO. The idea was to transform the Music Genome Project from a cool piece of technology that was licensed out to the likes of Best Buy, and (our parent) AOL, among others, to a consumer-facing product. That effort began in December 2004, with design work leading up to that. By the late summer of 2005, the product was ready to go.

And here’s where things get really interesting.

“TechCrunch is a part of this,” Conrad says. “We launched, and the first Barcamp was the following Saturday. I got out of bed that morning and almost didn’t go. But at the last minute, I threw my laptop in the car and drove to Palo Alto,” he says. “By luck, Mike was in the room.”

He means, of course, Mike Arrington.

“He got up when it was over, went to a Starbucks, I think, and wrote a post about Pandora. That was the starter pistol for our early growth,” Conrad says. And thanks to the magic of the Internet, you too can see that post from August 20, 2005 right here (note the part where Arrington tries to give out invites from his personal email address, then gives up due to massive interest).

Conrad notes that TechCrunch itself was “about 45 days old” at that point. And he fondly remembers Arrington being annoyed with him that the Pandora launch wasn’t given to him as an exclusive. “At that point, he was just some blogger to me,” Conrad says with a laugh.

But that didn’t stop Conrad from showing up at Arrington’s house over the next several months for the BBQs Arrington used to host in his backyard. Conrad recalls that Pandora music streaming from his laptop would often be the musical entertainment for the evening “while we stood around his little campfire”.

From that point on, Pandora “grew at a pace that exceeded my expectations,” Conrad says noting that millions of users were coming on in just the opening years.

But then the CRB decided the royalties for this new form of radio, Internet radio, needed to be set. Conrad notes that after Pandora was live for about a year and a half, those rates were revealed — and they weren’t good. “It was economically unsound,” he says. “And it wasn’t just us that was affected; Yahoo, AOL, Microsoft, and a lot of smaller guys too.” At that point, Pandora entered into a two-year-long process of negotiating with the record labels over royalties that led to the situation described at the beginning of this post. “This was a complicated period for us,” Conrad says.

But there was also a ray of hope that emerged during this time. The App Store. 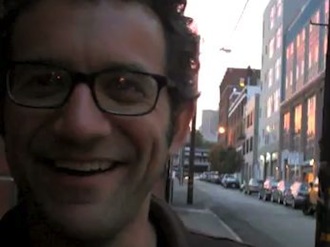 Conrad notes that when the iPhone OS 3 (remember, it wasn’t “iOS” at the time) launched in the summer of 2008 and brought the third-party-friendly App Store for the first time, everything changed. “Broadly, the smartphone category accelerated everything for us,” he says, noting that the App Store was the catalyst.

“What we’re really trying to do is re-invent radio. It was consumed everywhere, but least of all at work, and the web browser changed that,” Conrad says. “But the mobile devices took it out of the browser and out into the world,” he continues. Now over half of Pandora’s usage comes on smartphone devices, he says. And that’s incredible since Pandora had been on feature phones for about a year prior to the App Store, but it wasn’t going anywhere. With the iPhone, “the consumer expectation of what they could do with their phone changed drastically,” he says.

Conrad also points out that Nielsen had a recent study which put Pandora in the top five apps in terms of usage on major devices — iPhone, iPad, Android, Blackberry. He believes they’re the only company in the top five on each of those devices.

So the App Store helped Pandora’s mood in an otherwise bleak time. “The timelines do overlap in an interesting way,” Conrad says. But at the same time, he says that he was never too concerned for Pandora having to completely shut down. “The [royalty] rates were so irrational that we were very confident through the period that we would come to a compromise with the rights’ holders,” he says. At the same time, he credits the “incredible outpouring of support from our listeners” as the thing that really motivated Congress to start looking into the situation.

“It was frustrating that it went on for so long, but we thought rationality would prevail,” Conrad says. And even after “RIP, Good Times”, hit in late 2008, he wasn’t too worried because “we focused on the monetization of the product from the beginning.” “Other companies were behind the eight ball, but we were starting to see the rewards from that attention to revenue,” he says.

And then in the middle of 2009, the clouds broke. Pandora (and other Internet radio services) reached an agreement that would lower royalties to the point where the business could work. “Pandora is finally on safe ground with a long-term agreement for survivable royalty rates,” Conrad told us at the time.

“A real period of growth started then.” And today, Pandora has over 94 million registered users.

I asked Conrad about the reports leading up to the IPO that while revenues were strong, the company was having trouble in the profits arena due to costs (and royalty costs, in particular) rising as they become more popular. Conrad, who again is the head of product and technology, declined to comment on those specifics. But he did say that, “the growth of our service is really exciting, and we do have the ability to monetize.” “We’re confident,” he concludes, noting that they’re also not too worried about the stock price right now. “At the end of the day, the investors now control where the stock prices goes.”

In terms of Pandora today, Conrad says there are two key areas that excite them right now: cars and comedy.

“47 percent of all radio listening happens in the car,” Conrad says. “That’s been largely off limits to us. But when Pandora is fully mature, a huge percentage of listening will happen in the car,” he continues, pointing to partnerships they already have with GM, Toyota, BWM, and others. “That is a big area of focus for us.”

In terms of comedy, this is a new vertical Pandora has launched that also takes advantage of their Genome project. “Bill Cosby is really excited about it!,” Conrad says almost giddy.

As for the “cloud” music services that have burst into the spotlight now that Amazon, Google, and Apple are in the game, Conrad says they should only help Pandora as they help the entire online music movement. “The figure that surprises most folks is that about 80 percent of music consumed each week comes from music radio. Only 20 percent comes from owned music,” he says. “We’re really focused on defining the future of radio. That’s the mainstream opportunity. That’s how we can change the world in a big way,” he says, noting that he includes Spotify and Rdio in that cloud owned music space as well.

As for the IPO itself, Conrad says that he really doesn’t think it will change where the company is right now at all. The plan has been to ramp up hiring for a while, and that will continue. “But geez, I’m the product guy, who knows,” he concludes.

“I’m spending a lot of time today thinking about how many people helped get us here. Designers, engineers, our partners, our listeners, our investors — and now our public market investors. It’s incredible how many talented and devoted people it takes to build a long-term and enduring company. I just feel really lucky to have been a little part of that,” Conrad ends with.

A great story. A comeback story. And we’re happy that Conrad is willing to openly acknowledge the vital role TechCrunch played. I’m kidding — sort of.