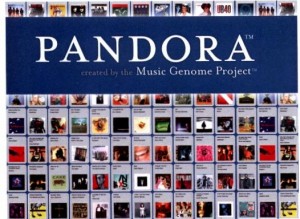 After two years of uncertainty, Pandora’s future has finally been secured.

For those not familiar with what was going on, basically the streaming rates for Internet radio were in danger of being raised to levels that would have made it very hard for companies like Pandora to stay afloat. But a resolution has been reached between webcasters, artists, and record labels, Pandora CTO Tom Conrad tells us.

“Pandora is finally on safe ground with a long-term agreement for survivable royalty rates,” Conrad says.

But Pandora also had to give up a little more. Because the rates agreed upon are still quite a bit higher than other forms of radio, the service is going to have to put limits in place for users of its free version. Apparently, this will only affect 10% of the user base, as it’s basically just anyone who uses Pandora over 40 hours per month. If a user hits that wall, it will only cost them $0.99 to go unlimited for the remainder of the month. Seems fair.

Users of Pandora One, the pay version of the service, will continue to have unlimited listening.

I asked Conrad if this 25% kickback or new per-stream rate will effect Pandora’s stated goal to be profitable by next year. “It’s a great outcome. Expensive, but I think we can still be profitable next year. These are workable rates,” he says.

Update: Just to clarify one thing, the new deal will see Pandora pay either 25% of its U.S. revenue or the new per-song-per-listener rate, whichever is higher. That’s an important distinction because it likely means Pandora will actually be paying more than the 25% figure. [Thanks to MediaMemo’s Peter Kafka for pointing that out.]

Find the rest of the details in the email below.

Many people played a role in getting here. Pandora listeners provided support in extraordinary numbers in Congress, and a group of reasonable and constructive voices on the label and artist side of the table at SoundExchange helped forge a middle ground that, while perhaps not meeting all of our aspirations, still represents a thoughtful and reasoned outcome under the circumstances.

The deal we’ve crafted is an industry-wide solution for all “pure play” Internet webcasters. The core of the compromise is that SoundExchange has granted a 40-50% reduction in the per-song-per-listener minimum rates in exchange for us giving them a 25% share of our US revenue. The deal extends through 2015 and has special carve outs for the so-called “Small Webcasters.”

While we feel this is a substantive victory, the revised royalties are quite high – still much higher than any other form of radio. As a consequence, we will have to make an adjustment that will affect about 10% of our users who are our heaviest listeners. Specifically, we are going to begin limiting listening to 40 hours per month on the free version of Pandora. In any given month, a listener who hits this limit can then opt for unlimited listening for the remainder of that month for just $0.99. In essence, we’re asking our heaviest users to put a dollar (well, almost a dollar) in the tip jar in any month in which they listen over 40 hours. We hope this is relatively painless and affordable–the same price as a single song download. Alternatively, they can upgrade to
“Pandora One”, our premium version which offers unlimited monthly listening in addition to its other benefits.

Q2 was our best quarter to date and dramatically exceeded our plan both in terms of user growth and revenue. Mobile adoption continues to be very strong with uptake on the BlackBerry looking like it will meet or exceed iPhone levels. Still, the unresolved licensing issues have hung over us like a dark cloud for two years. It’s a great feeling to have the road cleared of that obstacle.