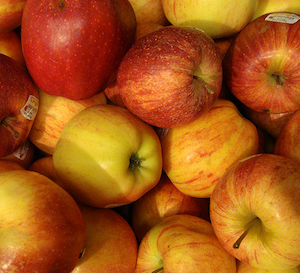 As you’ve undoubtedly heard by now, Apple CEO Steve Jobs is taking an indefinite medical leave of absence from the company, while remaining on as CEO. As I’m the guy around these parts who is known for writing about Apple, I figured I’d weigh in on some of the high level ramifications of this. I don’t plan to write about Jobs’ health often, as quite frankly, the idea of going on and on with endless speculation about someone who is clearly quite sick doesn’t appeal to me at all. The same would be true if it were the head of Google, Microsoft, Facebook, etc.

But that’s not to say there’s no story here. Of course there is. Jobs is the head of the most valuable technology company in the world. They’re a public company with many shareholders who have the right to know certain information about the future of that company. And there is no denying that Jobs, perhaps more so than the head of any other company, is extremely important to that future. So what does his absence mean?

Well, of course, we’ve seen this before. When Jobs took a medical leave of absence in 2009, the initial reactions were unsurprisingly gloomy. The end result was quite different though. After weathering the initial stock hit, Apple was able to maneuver itself to near record-highs by the time Jobs returned. Apple did this with a steady stream of product updates, such as iPhone OS 3, the iPhone 3GS, and the unveiling of OS X Snow Leopard — and flat-out execution.

Guess what we’re about to see in 2011? Another stream of product updates. And actually, what will likely be a much stronger stream than in 2009. We already know about the Verizon iPhone (which Apple COO Tim Cook was on hand to unveil last week — more on that in a second) which will launch next month. But we’re very likely to see the iPad 2 in the coming months as well. The iPad 1 was a blockbuster product for the company. If anything, Apple is known for relatively weak initial product offerings, followed by much stronger secondary iterations. So what happens when they start so strong with a first crack? We’re about to find out.

Likewise, the iPhone 5 would seem to be a lock for the June timeframe because, well, that’s what happens every year. The early rumors of a dual-core processor and new design sound promising.

These products are likely locked and loaded with or without Jobs around.

The same is undoubtedly true for Mac desktop and notebook updates. While perhaps not as revolutionary as the aforementioned products, you know they’re coming and will help Apple’s bottom line in a major way. Same with the iPod later in the year as well, if Jobs isn’t back by then.

But having products ready to go is one thing. It’s another to still be able to execute a successful launch. The key there is Cook.

When Jobs announced his 2009 leave, he appointed Cook as the man in charge of day-to-day operations at Apple. The same is true this time around. And that should hardly be surprising given not only how well Apple handled that initial storm, but also how Apple works even when Jobs is around. It’s widely believed that while Jobs has the ultimate say on most things, Cook already handles many of the key operations of the company that keep it a lean and well-oiled machine.

A hugely underrated part of what makes Apple Apple is how well they’re able to manage their supply chains and inventory. That is all Cook. And that’s exactly why when he made around $60 million in compensation last year, no one blinked an eye. He’s likely worth every penny. And then some.

Even before today’s news, there was a lot of talk once again about how Apple needs to have a firm CEO succession plan in place. Apple rejects that idea (though, of course, it will be even harder to now). But it should already be abundantly clear. If and when Jobs does eventually leave the company, Tim Cook is the man who will be in charge.

As mentioned, when Jobs announced his leave in 2009, the stock was hit hard. That will undoubtedly happen again, except this time around, the timing of the announcement has to be noted. Today is Martin Luther King Jr. Day, a national holiday, which means the stock markets in this country are closed. Further, tomorrow, Apple will announce their earnings for Q1 2011. That is actually’s Apple’s holiday quarter and that likely means one thing: blockbuster. It’s no stretch to think that Apple will announce by far its best quarter ever.

So the overall impact of this new has obviously been blunted by the lack of market action today. Instead, everyone will have some time to digest this news and talk themselves in circles about it. It also has to be noted that this is eerily similar to the June 2009 situation when a Wall Street Journal story disclosed the fact that Jobs had undergone a liver transplant. This news broke on a Friday evening after the markets closed — and on the same day Apple had just had their most successful product launch ever (to date), the iPhone 3GS. The news also broke months after the actual transplant had taken place, and Jobs was already well into his recovery.

We’ll likely see a big plunge in the stock tomorrow, but then a big rally as investors buy back in leading up to what will likely be a blockbuster quarter. Longer term? It depends on if any more actual news about Jobs’ condition comes out. And also on all the aforementioned products.

But the real key to all of this is the longterm roadmap of the company. This is the key part of Jobs’ short statement today: “I will continue as CEO and be involved in major strategic decisions for the company.” That means that any and all major product decisions will still run through him, even in his time away. Until that changes, again with Cook running the day-to-day, that likely means that Apple will continue to hum along largely unchanged.

But even if Jobs was unable to come back, Apple has a product roadmap that’s built out several years into the future. How do I know? Well, first of all, most companies do. But secondly, Apple itself has said as much. When we took a tour of Apple’s antenna testing facility last year, the company noted that the iPhone 4 had been in that specific area being tested for two years. This means that the iPhone 5 and iPhone 6 have already likely been in there as well. And maybe even the iPhone 7 by now.

While the latter ones are still undoubtedly going through changes, Apple probably have a pretty good idea of what they want to do with those products. Now it’s just a matter of execution. Again, Cook’s job.

The same roadmap is likely in place for the iPad, iPod, and Mac product lines as well. The vision has been set already. And yes, likely by Jobs.

The wildcard is new products. While we’re in a bit of a lull of rumors following the iPad unveiling last year, you can be sure that Apple has other things they’ve been dreaming up in the meantime. One I wouldn’t bet against for a few years out, for example, is an actual television. For these types of things, Apple needs Jobs — until they can prove otherwise.

There has been a lot of talk about Apple’s head of design, Jonathan Ive, taking over the “visionary” role from Jobs (he’s also been mentioned as a possible CEO successor in the past). There’s no question that with hit after hit after hit, Ive has the design skills necessary to make the best products in the world. But what about software? One key to Apple is the tight relationship between the hardware and the software. Ive is the industrial design guy — hardware. Would he need a software counterpart? Would that be the head of iOS software, Scott Forstall?

Or would Ive be able to work alongside Cook to form a fully functional Apple without Jobs around? Is Jobs the glue that holds the entire operation together? Only those high up inside Apple will know that for now.

But again, the key is that Jobs is still overseeing the vision-level aspect of the company for now, even in his absence. What happens next is anyone’s guess. But it would be just that — guesses — for now. All we know for sure is that Apple will have several products launches this year. And that many of them will undoubtedly be successful. And that Cook should have no problem steering the ship in Jobs’ absence once again.