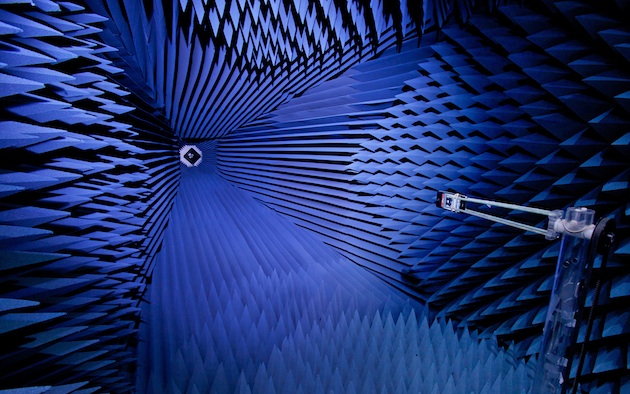 If Apple really wanted to silence critics, they have a place to do so. I’ve now seen it with my own eyes.

Inside Apple’s headquarters in Cupertino, CA, there are a collection of rooms that house 17 giant anechoic chambers. Basically, they’re rooms where no waves (sound or electromagnetic) can reflect off of anything, so there is absolutely no interference when it comes to wireless testing. Apple places their devices from iPhones to iPads in these chambers to ensure the performance is up to their standards.

Yesterday after their press event, Apple gave myself and a handful of other journalists the chance to take a tour of these facilities. It was the first time anyone outside of Apple has ever seen them. In fact, most people who work at Apple have never seen them, we were told. The tour was led by Ruben Caballero, Apple’s senior antenna expert (and, incidentally, the man in the news recently thanks to a BusinessWeek story — a story which Apple says is a “crock” and “total bullshit”). Also there to answer questions were Apple executives Phil Schiller, Bob Mansfield, and Greg Joswiak.

Right off the bat, it was made very clear to us that we were not allowed to take pictures or record video inside of these rooms. (The pictures in this post are the ones Apple provided.) It’s pretty clear why. While the chambers themselves are custom-made for Apple by various third party industrial manufacturers, the areas these chambers are in also contain a ton of other testing equipment. And yes, there were several things hidden under black cloaks on tables in these rooms.

“This lab used to be secret. Most people don’t know it exists,” Caballero told us. Dubbed the “Black Labs,” when I asked about the black cloaks, Caballero said that “we have a lot of other projects going on.”

Sadly, we weren’t allowed to lift up the cloaks.

The point of our visit to these labs was clear: Apple wants it to be known just how much testing goes into devices such as the iPhone. More specifically, Apple wants to the world to know just how much testing the iPhone 4 went through before they deemed it ready to go. Again, it was in these various chambers for 2 years. This is obviously a direct response to allegations made recently that perhaps Apple didn’t test the device enough before they shipped it.

So how do they test it? There are four stages. The first is a passive test to study the form factor of the device they want to create. The second stage is what Caballero calls the “junk in the trunk” stage. Apple puts the wireless components inside of the form factor and puts them in these chambers. The third part involves studying the device in one of these chambers but with human or dummy subjects. And the fourth part is a field test, done in vans that drive around various cities monitoring the device’s signal the entire time (both with real people and with dummies).

We were shown three different anechoic chambers, each used for slightly different purposes. Some were used to test the devices by themselves, some were meant for testing with humans and the devices. 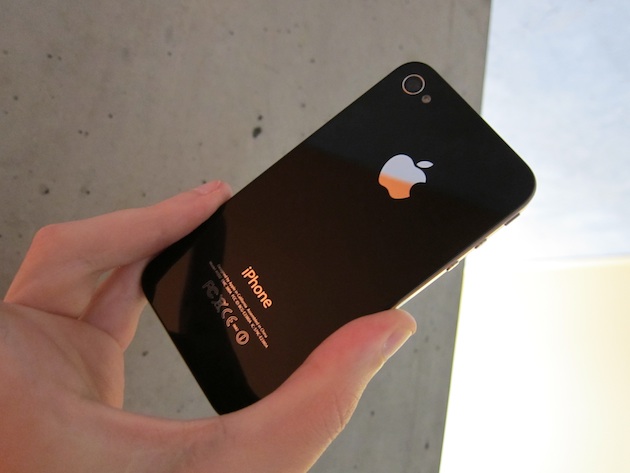 The most interesting of these rooms was one that Caballero called “Stargate.” Why? Because well, it looks like it belongs in the movie/TV series Stargate. Inside this room, there’s a giant ring that a human sits on a raised chair in the center of. This chair slowly rotates around as signals are passed around the entire outer circle. This creates a 360 degree test area. I was told this room is completely safe for humans. And people typically spend 40 minutes in there at a time for testing. By comparison, devices can stay in the other anechoic chambers for up to 24 hours at a time.

Speaking of movies, one chamber we didn’t get to see was a giant one that looks exactly like Cerebo from the X-Men films. I mean, just look at the picture Apple provided (bottom). It’s the same thing. Of course, in Apple’s Cerebo, I assume the subject standing in the center can’t read every human beings’ mind. But I can only assume that as we didn’t get to see this room.

Each of these chambers is also a bit frightening because each is covered from floor to ceiling with giant blue spikes. Sure, these spikes are made of foam and simply used to absorb and dampen any waves, but still, these chambers look like they belong in a nightmare. Again, if Apple needs a place to silence critics, they have the rooms.

These chambers vary in cost, but each of the ones we saw cost over $1 million. All told, Apple said it has spent over $100 million on these testing facilities.

We then went into a room that contained fake heads. Obviously, these are used to test the various devices without having to use real humans. And Apple goes so far as to fill these heads with liquid mixtures of sugar, water, salt, and other components to replicate the make-up of the human brain. There were also replicas of the human hands and feet (that latter for Nike+ testing). If the tour started out as a bunch of people going to see the inside of Willy Wonka’s Chocolate Factory for the first time, I was starting to grow concerned that it was turning into that scene where they enter the strange psychedelic tunnel.

But that feeling quickly subsided as we headed outside to see the vans Apple uses to test their devices in the real world. These are giant white vans with antennas on the top of them to pull in both cellular and GPS signals. The back of these vans contain various computer equipment to collect all the data and send it back to the labs at the headquarters.

Mansfield closed the tour by noting that they had hoped it was now a bit more clear the amount of time and energy Apple puts into testing these wireless products. “We hope to give you a sense of the real engineering going on here,” Mansfield said. It’s not just testing, it’s re-testing — and this goes on for months, he said.

No matter what your take is on the iPhone 4 antenna — my take is here: it’s real, but not a big deal — there is no question that Apple spends a huge amount of time and money testing these devices. And the fact that the thing people will care most about in this whole 1,200-word post is the passing mention that the iPhone 5 and iPhone 6 may have been in one of these rooms, says just about all you need to say about the state of the iPhone.

For those interesting in learning more, Apple has also posted the following page (and video) about the antenna labs. 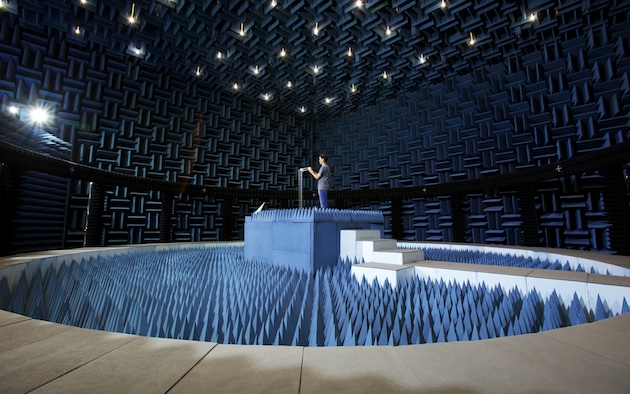