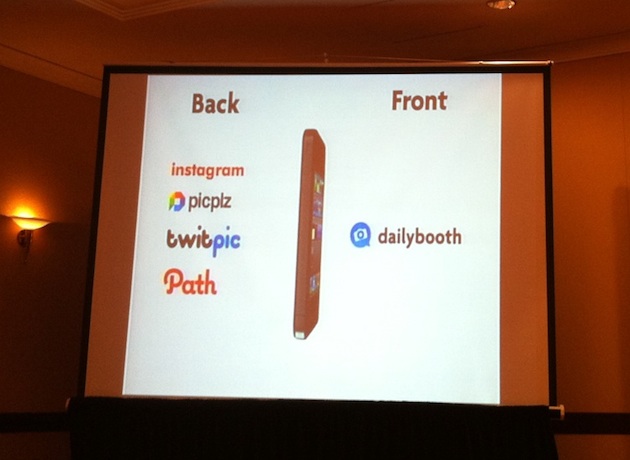 Today during the Web 2.0 Summit in San Francisco, DailyBooth CEO Brian Pokorny took the stage to talk a bit about “picture talking” — that is, social communication through photos. Obviously, Pokorny believes this is a key form of communication amongst the younger generation. But he’s not the only one. Mobile photo sharing apps are getting a lot of buzz and gaining a lot of users now.

But Pokorny has an interesting insight as to why DailyBooth is different from the rest of the pack. In Pokorny’s view, the hot apps like Instagram, Picplz, and Path are “back of the phone apps”. What he means by that is that their users mainly use the back camera on their smartphones. But new smartphones are increasingly gaining a front-facing camera too. And that’s DailyBooth’s wheelhouse.

Pokorny says that these front of the phone apps like DailyBooth are opening up a whole new way to socialize in the modern world. It’s sort of like the older generations going into a bar or cafe — it’s people watching, Pokorny says.

And he says companies like Apple are quickly recognizing that, and that’s why they’ve added a front-facing camera to devices like the iPod touch. 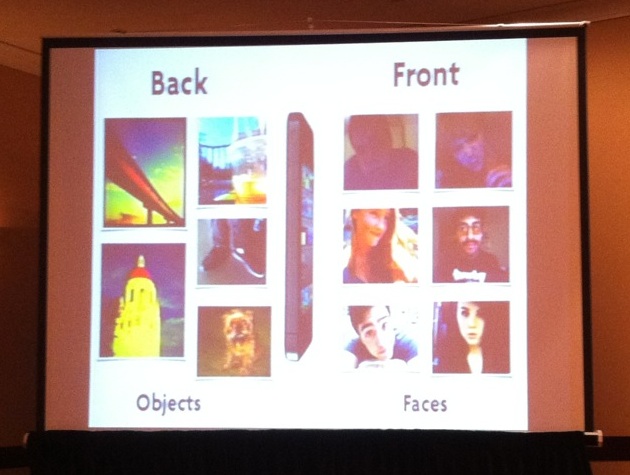