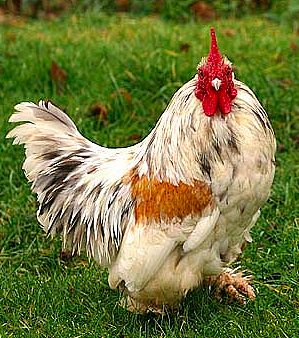 At the beginning of this year, I was very excited. You see, at Google’s launch event for the Nexus One, they made one thing clear: they were going directly after the dominating carrier lock-in model that had held everyone in the U.S. captive for years. Then Google chickened out. And things are now getting just as bad as they have ever been. Unless Apple has the cojones to do what Google wouldn’t, that is.

To be clear, the report today from GigaOM’s Stacey Higginbotham isn’t about the U.S. She notes that Apple is working alongside SIM-card manufacturer Gemalto to make a built-in hardware SIM card that could work with many carriers across Europe. Essentially, this would allow customers to jump from carrier to carrier as a better deal came along or as they were traveling without having to swap SIM cards.

The thing is, in many European countries, this already isn’t nearly the problem that it is in the U.S. because the market is much more competitive. But here’s the key to all of this from Higginbotham:

Then customers will then be able to choose their carrier at purchase at the Apple web site or retail store, or buy the phone and get their handset up and running through a download at the App Store as opposed to visiting a carrier store or calling the carrier.

That’s almost exactly what Google’s plan was to sell the Nexus One originally. They created a web store where customers could pick their phone, their carrier, and a plan. Of course, at launch, Google only had the Nexus One with T-Mobile on board. But they noted that soon other carriers like Sprint and Verizon would be on board as well. That never happened.

It’s true that the Nexus One wasn’t selling well that way. But the reality is because it was the carriers’ fault. Google’s original plan was to sell the Nexus One for $99, unlocked, on their website, we’ve heard. Let me repeat that: $99. Unlocked. But when they ran this idea by the carriers (which they had to work with because they control the networks they need, remember) they were told to go to hell.

And so what we got was a Nexus One that you could either buy unlocked for several hundreds of dollars — which basically no one did. Or a carrier-subsidized one. Just like the good-old days.

When the Nexus One didn’t sell well on their site, the other carrier partners bailed on the Nexus One altogether (undoubtedly patting themselves on the back as they did). And Google stopped selling it to consumers. In other words, the entire idea blew up in Google’s face.

They should have stuck to their guns, sold the Nexus One as they wanted to. And told the carriers to screw themselves. Of course, had they done that, Google wouldn’t have had the buddy-buddy relationship with carriers that they now enjoy. That gamble could have risked the success of Android. And Google wasn’t willing to go there. It was a smart business maneuver, but it sucks for us, the consumers.

The company has proven time and time again that they don’t care who they piss off in order to push their own agenda forward. That agenda includes creating the best consumer experience possible. A big part of that in the cellphone business would be allowing customers to buy a phone and pick carriers based on who has the best deals/options.

Obviously, that hasn’t been the case with Apple in the U.S. as they’ve been tied exclusively to one carrier, AT&T. But that’s about to change. And that time spent with AT&T wasn’t a total waste. They’ve been able to build themselves from literally nothing into a force to be reckoned with in the mobile space. The iPhone is now by far Apple’s largest source of revenue. And customers from all of the other carriers are demanding the phone come to their network.

Now Apple is in position to make a move. But the main problem in the U.S. is that the carriers run on networks powered by different technologies. That’s not the case in Europe, so it makes sense to start there with this carrier-killing SIM, while the U.S. transitions to the much more universal LTE technologies that are forthcoming.

And let’s not forget a huge part of this equation. Apple, unlike Google, runs their own retail stores. Hundreds of them. Around the world. Does anyone doubt that the iPhone would still be a massive success if it was only sold through their stores and website? If they do, they’re foolish.

So Apple can absolutely do what Google couldn’t/wouldn’t. The question is, would they really be willing to possibly alienate their carrier partners by screwing them over? Again, the iPhone is Apple’s biggest business, but that’s largely thanks to the subsidies the carriers pay them. Could Apple risk that?