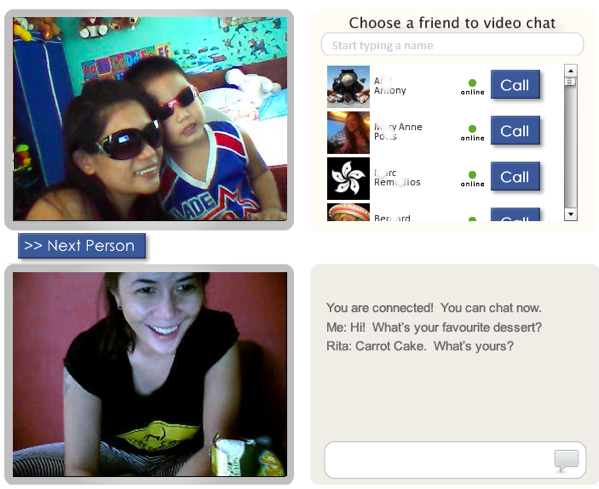 vChatter, a popular video chat application on Facebook, is taking on Chatroulette today, launching a “family-friendly” video chat standalone site. vChatter, which attracts 2.5 million active monthly users on Facebook, has been able to filter out the Chatroulette penis problem, because account activity is tied to the user’s Facebook identity . And the vChatter consistently checks screenshots of chats taking place to make sure users aren’t exposing themselves or conducting inappropriate behavior.

The new destination site brings social video chat outside the walls of Facebook. The service, which requires you to sign in with your Facebook credentials, allows users to pick who they want to meet based on geography, gender, and age. By factoring demographic data into the equation, vChatter claims to actually be able to create valuable matches of users for video-chat. And Similar to Chatroulette, you can click “next” to move on to another video chat.

Along with the destination site, vChatter has rolled out personal URLs for private video chatrooms. Users can then embed their vChatter badge on a blog, email, or website and invite readers and recipients to reach out in a live video chat.

While Chatroullette re-launched to try to clean up its act, the problem of inappropriate behavior on the site still seems to persist. vChatter is hoping to use its model on Facebook to create a safer web platform for families and children. And the site has seen significant traction on Facebook— approximately 15 million calls have been established and average time on site is 4.5 minutes.