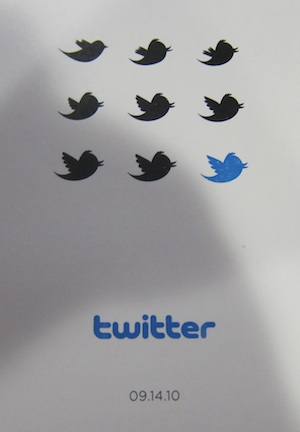 I’m here live at the event Twitter is holding at their headquarters in San Francisco to show off — well, something. A part of it is inline pictures and videos in the main Twitter stream, but it’s anyone’s guess what else they have up their sleeves. One hint may be this egg that on screen right now.

The agenda states there will be an intro by co-founder Biz Stone, an announcement by CEO Evan Williams, then a Q&A session with Williams, head of product Jason Goldman, and Kevin Cheng who is on the product team.

I’ll include my live notes below if you wish to follow along (paraphrased): 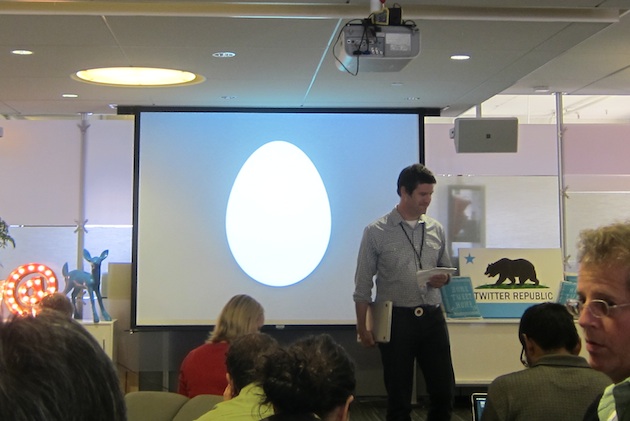 Q: How are these deals working?

Q: How long before it goes live before everyone?

KC: For 160 million users, even for small features we take it carefully. Over the course of a few weeks but we’re not on a firm timeframe.

Q: Are you changing how lists work at all.

JG: The list experience is a lot easier to navigation — along with retweets and mentions. But fundamentally not changed.

Q: What about for developers?

JG: One of the key points is that this is a new architecture for our client built using our APIs. We think this is the best way to do it.

Q: Did you test it externally as well?

KC: We’ve always approached this for the best user experience. Starting as early as May or June we’ve had external user tests for people coming in to see the product.

EW: They were in parallel development, but this was started first. The reason they’re similar looking is because it’s basically the same idea. It’s about the same idea of consumption. There is shared thinking there.

Q: How will this help new users — or people that aren’t tweeters?

EW: This reveals more information that’s under the iceberg of Twitter, if you will. More is revealed to you.

Q: How does this help with monetization?

EW: We’re really excited for the potential, but there’s nothing specific with this design. But this make Twitter and tweets better. We have yet to show this to advertisers, but we think they’ll be excited about this.

JG: No, not in this version.

EW: Traffic to Twitter.com has grown about 100% this year.

KC: This still looks like Twitter.com — it’s all about consuming the tweets still. We chose not to do media within the tweets — it’s on the side.

Q: We’ve been seeing the “blue whale” a lot. Wil this hurt this?

JG: Ev talked about that a bit. We’ve rebuilt things. We can tackle those efforts now.

Q: What about search?

JG: Search is much more integrated into the experience now.

They’re going to flip the switch now. That’s a wrap! 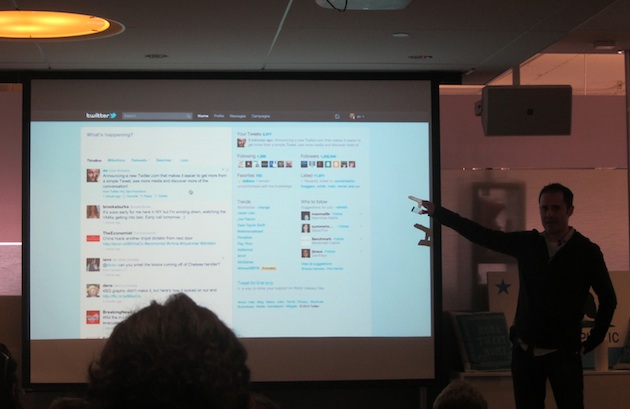 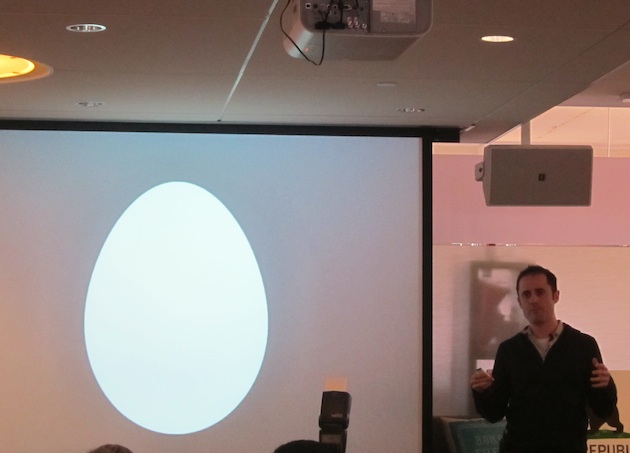 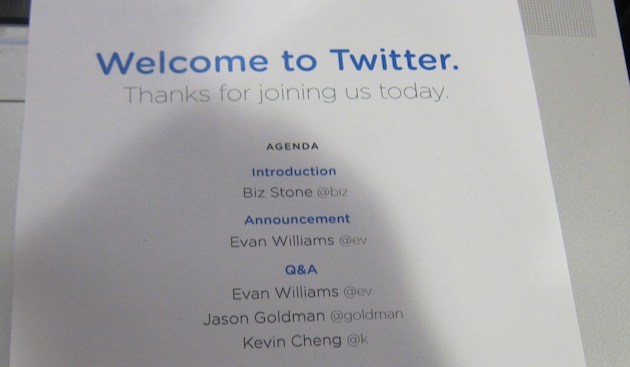