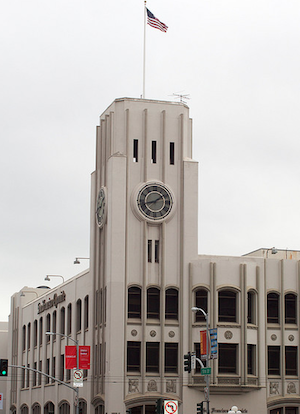 Perhaps you’ve heard: Facebook just released their new location feature called Places. If not, we have about a dozen posts about it that we recommend. But the obvious next question is what this means for those already in the space — and specifically the current buzz leader, Foursquare. Sure, they’re partnering with Facebook on the API launch, but are they in trouble? They don’t seem too worried about it. Instead, it’s expansion time.

Foursquare is on the verge of opening their first office outside of their New York City headquarters, we’ve confirmed with the company. Shortly, they will open an office in San Francisco’s SoMa district. Both new Foursquare VP of Mobile, Holger Luedorf (who was on-hand at the event tonight), and VP of Business Development, Tristan Walker, will be based out of that office, we’re told. And they hope to hire a couple more people to work there soon too.

The building Foursquare has chosen as their west coast home is one that is becoming a hot bed for startups: the San Francisco Chronicle Building. Currently, both the mobile payment startup Square and the gadget community startup gdgt call that building home, among others. The choice also continues Foursquare’s tradition of taking over old media spaces — their current NYC headquarters is in The Village Voice building (which Foursquare just took over another floor of).

It’s interesting that both Foursquare and rival Gowalla were able to build their startups without a major presence in Silicon Valley up until now. Though, to be fair, Walker has been based out here from the beginning, as he was still a student at Stanford when he started at Foursquare (and actually just graduated). Gowalla is based in Austin, Texas.

Obviously the lack of major Valley presence hasn’t been detrimental to Foursquare’s growth — but the new office shouldn’t hurt either. But the real question is: who will be the first to check-in? My money is on Luedorf.