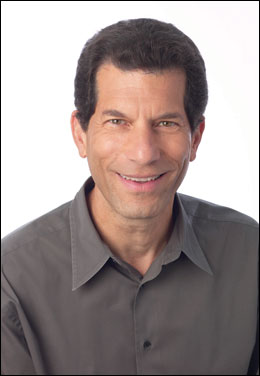 Let me start off by saying that I don’t think this is going to happen. And a number of people I’ve spoken with today don’t think this is going to happen. But it’s something interesting to think about and discuss nonetheless. Following HP CEO Mark Hurd’s resignation today, what if the Board were to appoint former Palm CEO Jon Rubinstein to be their new leader?

Again, it seems a bit far-fetched simply because there are a range of other candidates out there who are probably more qualified to run the company as it is currently constituted. But that’s the thing. From what we’ve been hearing, HP is very interested in reinventing itself. From what we’re hearing, they’d like to be more like Apple. Only a bigger Apple. One with webOS at its core. And you know the funny thing? They may have acquired the perfect guy to do that when they bought Palm this past April: Rubinstein.

As a refresher, prior to Palm, Rubinstein was a long-time Apple executive who was in charge of the iPod division. When he left the company in 2006, the iPod was Apple’s most successful product (the iPhone didn’t exist yet — let alone the iPad). This guy knows Apple (or knew it).

Of course the main argument against Rubinstein may be that he was unable to turn Palm into Apple. As Executive Chairman and later CEO of Palm, he was clearly attempting to do that with the launch of the Palm Pre smartphone — a device which some initially viewed as the first real “iPhone killer.” Of course, it did not kill the iPhone. Nor did it even hurt the iPhone. But nevertheless, the phone was very impressive — particularly the webOS software. In fact, I would argue that it was really only the lackluster hardware that was holding it back. At the time of its launch, webOS was much better than other rivals (not named the iPhone) including the still-young Android platform.

But Palm was a relatively small company, and despite repeated cash infusions from Elevation Partners, they were unable to compete with Apple and the Google-backed Android platform in the smartphone market. But with HP’s billions and emphasis on hardware, Rubinstein would be getting dealt a pretty nice hand this time around. If he still couldn’t win the pot, it would be on him, obviously. But is HP willing to take that chance?

For the third time, probably not. Especially with people like Todd Bradley, the HP executive believed to be responsible for the Palm deal, on the bench. Interestingly enough, Bradly used to be the CEO of Palm as well back in the day (2001-2005). And his track record of growing HP’s core PC business speaks for itself.

But again, going forward, this may not be about the PC business. This is about a shift towards mobile (which Bradley also runs) and a complete ecosystem built around webOS. Does HP’s board (Board Director Marc Andreessen is leading the search) have the cojones to appoint Rubinstein? Or will they go with the safe bet: Bradley, perhaps with Rubinstein as his new right-hand man?