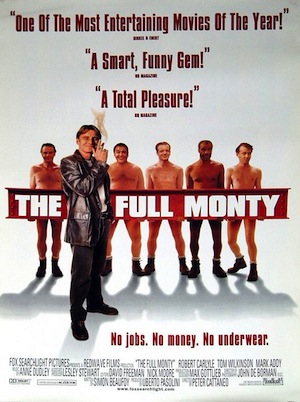 Easily the quote of the night at Palm’s Developer gathering in San Francisco came from Katie Mitic, Palm’s senior vice president of product marketing. “We want to leave it all out there. You know, ‘The Full Monty‘,” she emphatically said when noting that Palm’s goal was to be more open.

Anyone who has seen the 1997 British film of the same name will realize that such an act would certainly be more open. But will it work?

If there has ever been any question as to who Palm sees as its main rival in the quest for next generation smartphone domination, just look at its ranks. The company is filled with ex-Apple employees, all the way up to the top with CEO Jon Rubinstein (who was in attendance tonight), who is the man often credited for being instrumental in the creation of the iPod for Apple. And if that’s not enough, just listen to the rhetoric:

The reason Palm kept repeating that tonight is because it’s the one sure weakness it perceives in Apple’s currently dominating mobile application model. And Palm is hardly alone. Everyone from Microsoft to Google have taken subtle, and some not-so-subtle, shots at Apple’s system.

The problem with this, of course, is that Apple’s system keeps growing at an ever-increasing pace. The number of apps in the App Store (85,000) is growing at a rapid rate, while the overall downloads (2 billion) are speeding up. Rubinstein announced tonight that Palm had somewhere around 125 or 127 apps available for webOS right now. And those apps have been downloaded some 7.5 million times. It’s not exactly fair to compare the two stores since Palm’s app store is much newer. But um, those are pretty big gaps regardless of start times.

We learned tonight what Palm believes is its solution going forward: Be more open than any other platform. And do things like utilize the web for distribution outside of its own App Catalog. Given that webOS is an entirely web-based language, this seems like it could be a smart play, and lends synergy to Palm’s overall goals for the OS.

Oddly, Palm seems to be betting on the web as the future of development more than even Google is, which has its Android platform that runs Java-coded apps. 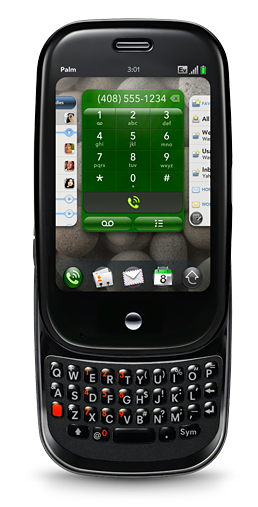 And that’s why it was also wise of Palm to bring in two Mozilla veterans, Ben Galbraith and Dion Almaer, to run its developer relations team. As anyone who has ever read Ajaxian will know, these two have been drinking that Kool-Aid for a long, long time. And now it’s their task to preach their Kool-Aid to a development community that has been drunk on native apps for the past couple of years.

And Palm is also appealing to the open source community by allowing them to develop and distribute apps for free. But when you open up your system on multiple fronts, things can get confusing. So let’s review what Palm’s new strategy (which will start in December) really is:

So depending on how you mix and match those, development for webOS can range from free to roughly $150 a year.

But there are also rules with regard to the screening of the apps:

So why put your app in the store at all? Well first, unless you have your own advertising means, Palm’s store will undoubtedly be a better place for discovery on a large scale. Second, with apps that are sold in the App Catalog, Palm offers a 70/30 cut, with 70 percent of the gross revenues going to developers. (Which is the same deal that Apple offers). And third, apps in the Catalog will also get access to detailed analytics (stats, ratings, etc) that will be shared with the rest of the community.

Here’s what it appears that Palm’s hope is: That the development community will begin to rally around this idea of openness, and that will in turn also feed its not-so-open App Catalog system. Palm, like Apple, sells its own hardware, so the 30 percent cut is not as vital as growing the development community to move more hardware units. But Palm, unlike Apple, is not awash with cash, and any little bit will help.

But with so many ex-Apple employees and a firm eye always on its rival, Palm has to know the key to their ultimate success does reside with the hardware sales. The Pre is good, but it’s not great. From a sheer hardware perspective, it’s not the iPhone. And it hasn’t sold well compared to the iPhone (despite investor Roger McNamee’s ridiculous quote from several months ago), and it’s no stretch to think now that it never will in its current form.

And I believe Palm agrees with me. Tonight, Rubinstein and the others made several remarks indicating that Palm’s position was a long-term strategy based around webOS, not around any one phone. Again, that’s similar to Apple’s position, it just so happens that all of Apple’s phones bare the same name.

The Palm Pixi might be slightly better, but it really just seems like the same phone as the Pre in a different form factor. If that’s the case, that won’t be good enough either. They need better, faster, stronger hardware to match the software. 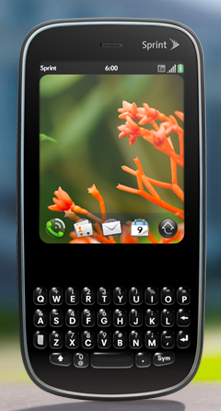 WebOS is impressive in a number of ways, but the hardware does not do it justice right now. All the Palm employees tonight seemed well-versed on the key talking point of “multi-tasking,” which, of course, is another jab at the iPhone which cannot run third-party applications in the background. But the truth is that given the relatively slow speed at which the Pre handles multi-tasking, the iPhone 3GS’ application switching system is actually faster in many situations.

Of course, you can’t argue with things like instant messaging running in the background, but relying on that argument is not a sound long-term strategy: Eventually Apple will offer that too.

Palm is pitting webOS versus the iPhone OS, and that could well be a fair fight, but the hardware side is skewing that right now. That needs to change.

Also skewing the fight is the carrier limitation. We all complain about AT&T, but the fact is that it’s a much larger network than Sprint. The Pre has undoubtedly helped Sprint gain some customers, but it has not been the same as the iPhone with AT&T. And one reason for that may be a reluctance to sign up with a network that is smaller.

If Palm is able to work out a deal to get a device on Verizon’s network, that would be a huge win. But most indications lately seem to be that Verizon is still demanding control over various aspects of the device, like any app store — and it may have something to say about this new open idea. We may realize that such a move is silly on Verizon’s end because its own app store sounds like more carrier BS, but as the nation’s largest network, they are in a position of power.

Meanwhile, Apple is busy talking up the iPhone as the new gaming platform. Given webOS’s web-based nature, that’s an area Palm is going to have a hard time matching Apple in. And don’t think that Apple doesn’t realize it.

Remember, Apple originally envisioned development on the iPhone as being entirely web-based (for third-parties). But the community wanted something different, and so Apple relented. Now, because of that, it can take advantage of doing things like gaming.

Palm had better hope that Adobe’s new Flash plans play out in a way that allows some sort of better gaming experience on its devices.

While it’s hard to argue with open, there is a real potential problem with Palm’s position: While this all sounds great to us in the press who have been covering some of Apple’s shadier app dealings, and also to a number of developers who are fed up, the public at large simply doesn’t seem to care. As we already stated, Apple has huge numbers with regard to the iPhone and the App Store, and amazingly, they’re still accelerating. And that has happened in the middle of situations like this whole Google Voice fiasco.

The fact is that most users simply have no idea about any of this stuff. They see a sexy phone, with 85,000 apps to choose from, and they want it.

Now, maybe public perception of Apple will change, but unless they make an iPhone that’s a dud, that seems unlikely. And where the people are, the developers follow. In an ideal world, these developers might forgo the idea of potential riches in the App Store, to embrace a more open environment, but we don’t live in that world. 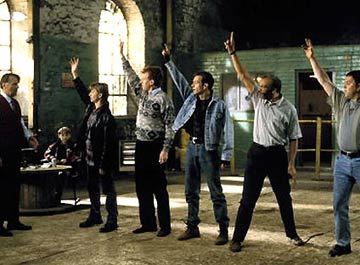 To be honest, I was surprised by how well Palm’s presentation went off tonight. There is absolutely no doubt that they are saying the right things. And I think Mitic, Rubinstein, Galbraith, and Almaer all laid out a vision for a mobile platform that we all want to see.

The problem is that if their own goal is to topple Apple, I just don’t see it happening. And between some of what they said tonight and some of the silly stuff, like iTunes syncing, I’m concerned they are too hung up on just one rival. One would hope they see the reality: They don’t have to topple Apple to win. Rubinstein himself noted that we’re in the middle of a fundamental shift to a post-PC world where mobile devices are king. And in such a world, there is definitely room for many players.

That said, Palm does have some financial issues that it needs to be concerned about if it doesn’t start moving units. In my mind, the key to that is to get better phones, and to get on more networks. Obviously, that’s easier said than done. webOS is pretty intriguing in a number of regards, but it needs some room to spread its wings. Or to throw open its jacket. The full monty.