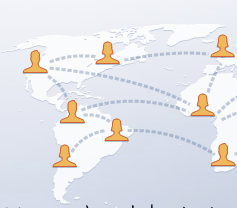 As I said earlier tonight, code doesn’t lie. Facebook has now confirmed their location-based feature, which is apparently due to launch shortly if the code found on their touch.facebook.com site is any indication. Of course, they only confirmed it so they could clarify something else.

“There are currently no plans to add marketing partners to this product. We may consider working with marketers to enhance the experience in the future, but have no plans to do so at launch,” a Facebook spokesperson tells us in response to our story. You’ll notice two key words in there, “product” and “launch.” So Facebook is acknowledging the “product” that we found. And you have to believe they wouldn’t bring up a “launch” or know details about it if it weren’t happening soon.

This was in response to the section of my previous post where I say, “This information seems to go along well with reports last week in AdAge that Facebook was teaming up with some big brands for their location functionality. Presumably, these brands will be populated, and maybe even some highlighted, in this new Places tab.” Facebook wants it to be clear that there will be no marketing partners at launch (but there could — and likely will — be later).

Actually, this is what AdAge said in its most recent article about marketers and location on Facbeook. “Marketers, which have taken a keen interest in both Facebook and geo-targeted marketing, will be integrated into the system sometime after [the launch],” Michael Learmonth and Emily Bryson York reported last week. Facebook wouldn’t talk about a specific product for that article, but did have the same line about there being no marketing partners at launch.

I asked Facebook for a comment about the launch timing, all I got back was, “Sorry – nothing to share around timing.” But again, this acknowledges that the code we found on the site, is in fact what’s coming. That means a check-in service built around a new Places component.