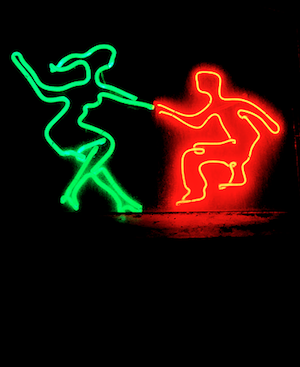 Last month, Erick wrote a post calling for the creation of an open database of places. As location-based services continue to gain popularity, each of them is building up these massive databases of places themselves, and this is going to become an issue as services like Twitter and potentially Facebook attempt to federate all this data. And Erick is hardly alone in thinking about this — nearly all the companies involved in the space talk about such an idea enthusiastically, and regularly. Yet no one seems to be doing much about it just yet.

Back in March, I moderated a panel featuring key members of Foursquare, Gowalla, Loopt, Twitter, and Plancast. When I raised the idea of a unified place database, all seemed to be in agreement that it would be a good thing. Even when I brought up that their own place databases were a way to keep their users around, everyone seemed to think there were better ways to do that, and that the benefits of a unified place database would outweigh any costs. Foursquare co-founder Dennis Crowley reiterated that to Erick last month, saying that a “‘Facebook Connect of places’ would be amazing.”

This past week, at Web 2.0 Expo, the discussion started up once again, with a different group of people in the space. This time, key members of Twitter, Google, and Brightkite talked about the idea. Of those, Martin May of Brightkite seemed to be the most adamant about it. When moderator Brady Forrest asked if Brightkite could build such a database, May responded with, “We could.” He went on to say that they’ve spoken with several other companies about such an open place project.

May also hinted that Brightkite may open up the data they’ve gotten from Check.in, their service that allows you to check-in to Foursquare, Gowalla, and Brightkite via one application. Because that app has to search each of those services’ databases to find the correct place to check-in at across all three, Brightkite likely has some interesting data tying at least some of these places on the different databases together.

Steve Lee of Google (working on Latitude) jumped in to say that he likes what Brightkite is doing with Check.in, but thinks that it’s still too cumbersome. “There should be a standard, but it’s not without complications,” Lee said. These include technical challenges and licensing issues, Lee noted, saying that it would be difficult for Google to do this because so much of their [place] data is licensed from third parties.

“Google is interested in solving the problem, but it’s not easy,” Lee concluded with.

Twitter’s Elad Gil (who came over when Twitter bought GeoAPI) was more much more optimistic about a solution. In fact, he’s positive it will come, and thinks that all of the various location applications need to be prepared when it does with ways to truly differentiate themselves. “All these applications have ot think about how to differentiate. It’s hard to build out the database of locations, but fundamentally the technical problems will go away,” Gil said.

That rings true. But the question remains: who will build it? Twitter seems to be passing the buck to Google, who seems to be passing it right back to Twitter. Brightkite clearly wants to, but will any of the other players really trust a rival with their data? If not, will they start to restrict their APIs to make it harder to access the place information in bulk?

The obvious solution is to have a completely open database, as Erick laid out. But again, that is easier said than done. We’ve seen that time and time again with a number of different initiatives. “Open” sounds great until someone has to actually do it, be in charge of it, and get users to use it.

As they get ready to unleash their location-based component, one that will supposedly integrate with venues, I wouldn’t doubt that they’ll be not-so-slowly gathering up and organizing a massive database of places. They’ll open this up, via the Open Graph API, but everyone will complain that it’s not really open. Then Twitter will step up with their solution (they’ve been accumulating the necessary data for some time now). Then Google will too. It’s amazing what a little competition can do.

Of course, if that happens, we’ll be left with the same problem, just at a higher level. And the dance will continue.