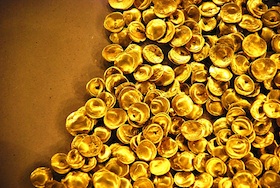 Editor’s note: This post was written by Joe Stump, the co-founder of SimpleGeo, a geolocation infrastructure company. While much of the focus in location these days is on the front-end side of things, SimpleGeo focuses on the backend, allowing startups to very easily get started with geolocation.

My cofounder, Matt Galligan, and I firmly believe that location is in a similar position as social was in 2001 or so. By that I mean that, at the time, social was very nascent, but exciting as it gave us a whole new view of the data we consume every day. Over the course of almost 10 years we’ve seen social get baked into everything from photo sharing to financial tools. I think that location, similarly, gives us an interesting new view of our data.

This momentum has been slowly gaining steam since, essentially, the iPhone was released. We, the developers and general nerd populous, finally had an open platform that had location (in the form of latitude and longitude of our users) baked into it. The first wave of location services made location the core feature. Much like social, this isn’t sustainable long-term. You can’t be “Some Company plus location” and expect to sustain users. Especially after Some Company enables location themselves.

Which bring us to the second wave of location, which I think was started by our friends at Foursquare. They were, in my opinion, the first product to gain traction by moving past simple location and building an experience on top of it. It’s as if co-founders Dennis Crowley and Naveen Selvadurai said, “Okay, we have location, but that’s boring. Let’s make a game out of going out with our friends!” In other words, they worked under the assumption of having location and built a compelling experience from there.

I think people who are building location-based applications need to keep two things in mind:

1. If there’s any war brewing, it’s over presence. That is the very basic question of where you and your friends are and who may know those details. Gowalla, Foursquare, Loopt, et al, if they wish to own presence, will be duking it out with Twitter and Facebook. For anyone who’s not already in this game it’s going to be very hard to break into it at this point.

2. You need to move past the mindset that location is the feature. Build products under the assumption that you have a user’s location and that you can use the social plumbing we’ve been building for the last nine years. What kind of interesting experiences can you build on top of the potent mixture of friends, location, and the real world?

So who’s going to win? More than just one company. The users are going to get more interesting and compelling experiences, some familiar names will revolutionize their products with location, and some kid in a garage we haven’t heard of is about to make us all look like fools.