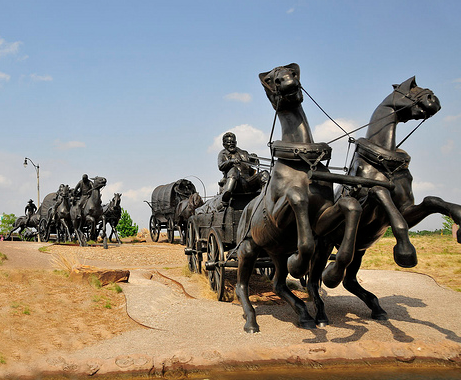 Back in November, at our Realtime CrunchUp event, I sat on the geolocation panel with members of Twitter, Foursquare, SimpleGeo, GeoAPI, Hot Potato, and Google. At one point, I raised the question if location was going to be the next battleground between startups large and small, much like social identity plays (Facebook Connect vs. Google Friend Connect) and status updates (Twitter vs. Facebook). All of the panelists indicated that it wouldn’t be, because they could all get along. How sweet. Sadly, I don’t believe them. I believe they might think that right now, because it’s still very early in the game. But it’s still a game, and people are going to play to win.

I’m sure some of them would counter that because location data is fairly standard right now, and moving easily between services, all of them will win. But that’s not true either. While location, as a whole, will win, there will be individual companies that end up ahead of others in the space. More to the point, there will be one or two services that people will go to for their social location data. That’s what we’re moving towards. And the bigger companies are starting to realize it. That’s why today we saw what may be the first maneuver in an upcoming rush to secure the location landscape, with Twitter snatching up Mixer Labs, the team behind GeoAPI.

Twitter co-founder Evan Williams writes today that “We will be looking at how to integrate the work Mixer Labs has done with the Twitter API in useful ways…” and notes that they’ll be working on adding contextual local relevancy to tweets. But those vague statements don’t mean a whole lot. Here’s what likely really went down, based on what we’re hearing: Twitter scooped up some solid talent in the location space, on the cheap (in the mid-seven figure range, we’re hearing from multiple sources). Mixer Labs CEO, Elad Gil, for example, was the original product manager for Google Mobile Maps. Four of the other six Mixer Labs employees are also former Googlers, including co-founder Othman Laraki.

What Twitter likely won’t be doing is getting into the core location platform business anytime soon. Though GeoAPI says it has “no plans to retire the current GeoAPI” that seems quite likely to happen as Twitter will just cherry-pick whatever they want from it and merge those elements into its own location APIs. But again, this was mainly a talent acquisition. Twitter is unlikely to compete with what a company like SimpleGeo is doing (and what GeoAPI was doing) because their main goal is to attach location to tweets, for now. SimpleGeo wants to provide general location information to startups, tweets or not. “Unless Twitter was to change their policies regarding distribution of location tagged tweets (or there was a disparity in the availability of aggregated location data), the acquisition doesn’t change our approach at all. We’re still going to continue working with SimpleGeo,” Hot Potato’s Justin Shaffer tells us.

Going forward, however, Twitter is likely to try and position itself as the main syndicator of location. That’s likely to put them up against Foursquare, Gowalla, and yes, eventually, Facebook and Google.

Again, right now Twitter, Foursquare, Gowalla, and many of the other smaller players in this field play very nicely with one another. That’s because they all have a common goal: Getting location to take off. And it’s working. But the problem that the Foursquares and the Gowallas have is that their core product is based around location. If people decide that they’re getting sick of the gaming elements, or someone like Twitter or Google moves in to secure better local coupons based on location, the location-only players could feel the heat. Of course, both are also likely to be very pretty acquisition targets in their own right next year. And guess who will be buying? Twitter, Google, and Facebook. 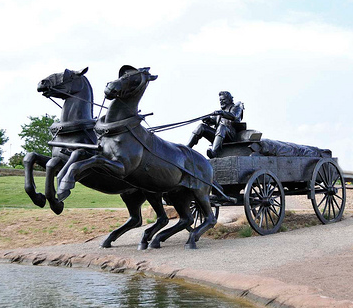 In my mind, this is how this is shaping up. The companies with the clout (because they do other things) are going to start scooping up the smaller location-only services. Of those bigger players, Twitter is by far the smallest and weakest, but they’re smart to get started in the buying spree early with the GeoAPI purchase. Don’t be surprised if they scoop up another location service sooner rather than later.

Meanwhile, Facebook has been dragging its feet (to say the least) getting into the location game. We’ve been hearing for months that they’ve been at work on their location solution, and at one point were even racing Twitter to beat them to it. Obviously, that didn’t happen. And last we heard, they were still a few months out mainly because of the privacy implications. But you can bet Facebook will enter the location space in a meaningful way in 2010. And if whatever they’re working on doesn’t get traction. Look for them to start making acquisitions in the field quickly.

The third big player, Google, has Latitude, but they may be too far ahead of the curve with their thinking there. So far, the check-in model has proven to be the one people are gravitating towards. Latitude employs the “always updating” model. That may be the future, but we’re not ready for it yet, and it’s hurting Google in the location space. Again, a quick aquisition could solve that. Of course, Google had a perfect chance to be way ahead of the game when it bought Foursquare co-founder Dennis Crowley’s previous startup, Dodgeball, in 2006. But it badly dropped the ball (pardon the pun) with that one, letting the service die, as Crowley left in a huff. Because of that, a Google/Foursquare marriage may look to be out of the picture — but money heals all wounds, so never say never.

Location, as a trend, remains on fire. Startups are getting funding from big name investors left and right. And you can expect that to continue into 2010. And you can expect the big players to step up their game in the space as well, as they all look to connect the social online world with the real world — a real world that has also has a lot of money potentially tied to location.

I asked SimpleGeo co-founder Matt Galligan for his thoughts on Twitter’s move today. “I think it validates the Geo space in a very, very big way. One of the hottest companies just made a major bet on it,” he says. As he went on, his sentiments echoed mine, “I don’t think it’s far behind that we see similar plays from other big companies.” With its biggest rival now neutralized, that could include SimpleGeo down the road. Consider every location player now on acquisition watch.