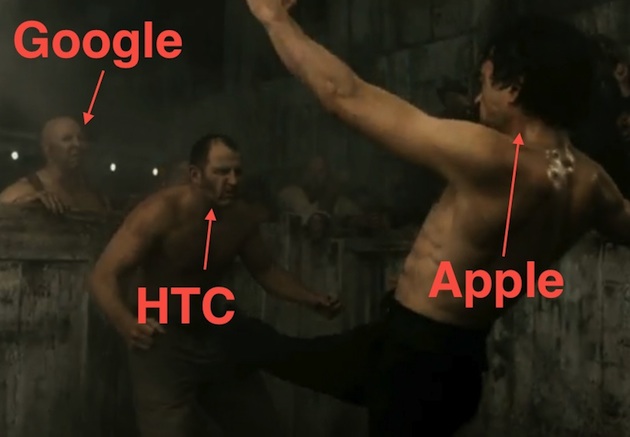 As you’ve undoubtedly heard by now, Apple has filed a lawsuit against device-maker HTC over 20 patents they control. As you might imagine, Google has something to say about it too.

“We are not a party to this lawsuit. However, we stand behind our Android operating system and the partners who have helped us to develop it,” a Google spokesperson emailed us.

A little odd that Google would proactively send us a statement for something they’re not technically involved in. But, as we’re all well aware, this suit is much more about Google’s Android operating system than HTC. And it seems that Google is well aware of that too.

As we noted earlier, the clear focus of the suit centers around the HTC devices that are Android-based, including the Nexus One, the Magic/myTouch 3G, the Dream/G1, the Hero, and the Droid Eris. And in fact, with the Nexus One, Google worked closely with HTC to make the device, and is completely in control of selling it.

Still, for whatever reason, Google is not named in the suit — at least not yet. You’ll recall that exactly one month ago, Google decided to turn on multi-touch support for Android users with Nexus Ones. As we noted at the time, Apple was probably not going to be too happy about that. After all, it had been previously reported that the reason Android phones in the U.S. didn’t support multi-touch up until that point was a gentleman’s agreement between Apple and Google when the two were still all buddy-buddy. And now we’re starting to see the fall-out.

What’s odd is that these HTC phones have actually supported multi-touch (only one of the many patents Apple is disputing here), but it’s only now after Google just enabled it (specifically pinch-to-zoom) in the software that we’re seeing the lawsuit — of the hardware company involved. Still, this looks to be Apple multi-punching back. And Google doesn’t sound like it will back down.