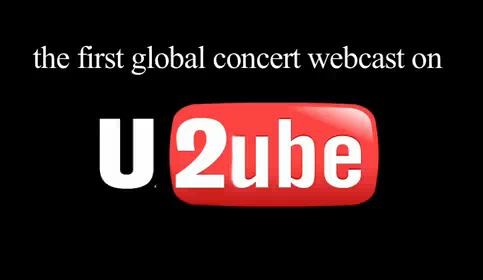 It’s kind of crazy to think that the band U2 has been popular for about 30 years now. Over that three decade span, the group has had music that has ranged from brilliant (War, The Joshua Tree, Achtung Baby) to self-indulgent (Pop) to a bit odd (Zooropa). But there has been one constant: They’ve always been a great live act. And tonight, a lot of the world will be able to see that from their computer screens.

U2 is streaming their concert tonight from the Rose Bowl in Pasadena, California live to YouTube. As the site announced earlier this week, some 16 countries will be able to view the show live: Australia, Brazil, Canada, France, India, Ireland, Israel, Italy, Japan, Mexico, Netherlands, New Zealand, South Korea, Spain, U.K., U.S. (other countries were presumably excluded due to streaming rights). The show will start at 8:30 PM PT tonight, and you can find it here.

During the show, YouTube will also feature a Twitter widget below the video player that will be displaying tweets from people who use the #U2webcast hashtag.

If you miss it live, YouTube will also put up the entire recording tomorrow on its U2 page.

U2 and technology have long gone hand in hand. Their ZooTV tour to support their albums Achtung Baby and Zooropa famously featured a massive amount of television monitors and live streaming video from all around the world. Later, U2 of course got chummy with Apple, and released their own branded iPod. But when the private equity firm Elevation Partners (which U2 lead singer Bono is a partner in) purchased a huge stake in Palm, the U2/Apple love affair seemed to sour. And since then, U2 has now seen their most recent tour sponsored by Palm and Apple rival BlackBerry.