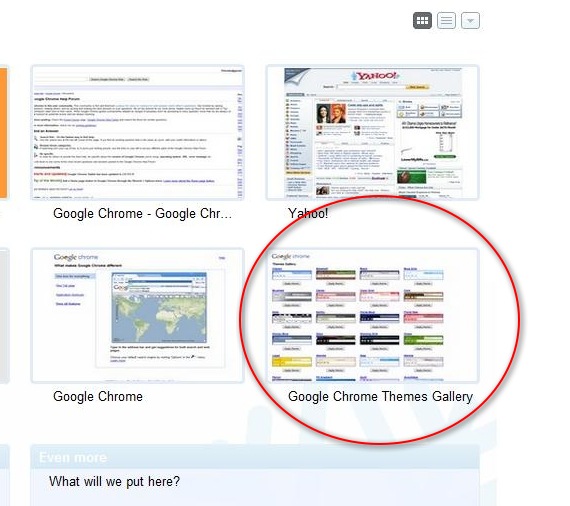 News broke last week that the latest developer builds of Chrome include support for themes. And a few sites even found a couple of them that you can easily install right now using special links. But links are a less than ideal way of installing these themes since you can’t see what they look like before you turn them on. Luckily, Google appears ready to launch a theme directory for the skins.

The site, which will reside here, is not live yet. But on the default new tab/new window page, the one with the thumbnails of your most visited sites, if you click on the “X” to remove some of them, a themes page shows up as a thumbnail (see included screenshot).

When you click on the thumbnail, it takes you to the not-live-yet page. But the thumbnail clearly shows this page will have a bunch of themes for Chrome. My superior counting skills tell me there are 24 themes shown in that thumbnail alone.

This little trick to get the themes directory thumbnail to show up works in the latest developer builds of Chrome for both Windows and Mac (I haven’t tried it on Linux).

Speaking of Chrome for Mac, it continues to come along nicely, with limited support for Flash just being added recently. We’re told it’s working in the Linux build as well. Alongside themes, improved support for extensions is included in this new Chrome build.

Themes have been available on Chrome for a while, but they used to require you to download files and know which folder to drop them in. It was also hard to revert to the original one. This latest build allows for push-button skinning and an easy way to revert. You can find two of the Chrome themes on this page (theme.crx is “Camo,” theme2.crx is “Snowflake”). Click on them and then click “download” on the next page from within the new build of Chrome to install them. 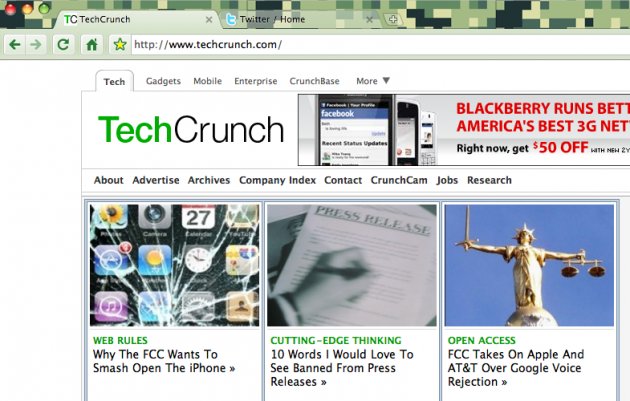 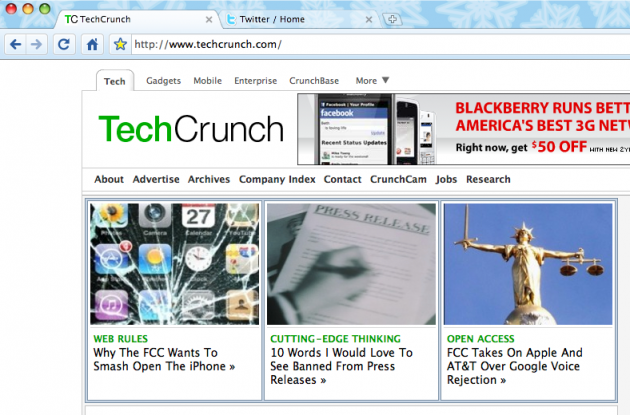