There are a ton of tools that cater to the needs of having a collaborative whiteboard. Figma, which closed a deal to be acquired by Adobe for $20 billion in September, has FigJam; there’s Miro, which is valued at $17.5 billion post its Series C raise in January; and Apple has released the Freeform app for its users earlier this week. Amid all this, TLDraw offers users a collaborative canvas without any login.

TLDraw is pretty simple to use from the get-go. It’s a blank infinite canvas that lets you draw lines or objects, write text and insert media like images, videos or GIFs.

What’s more, you can easily share this collaborative board with your colleagues through a link. If you don’t want anyone to change the board, you can also share a read-only link. This is like Google Docs, which lets you share the document both with multiple contributors and in a read-only mode. 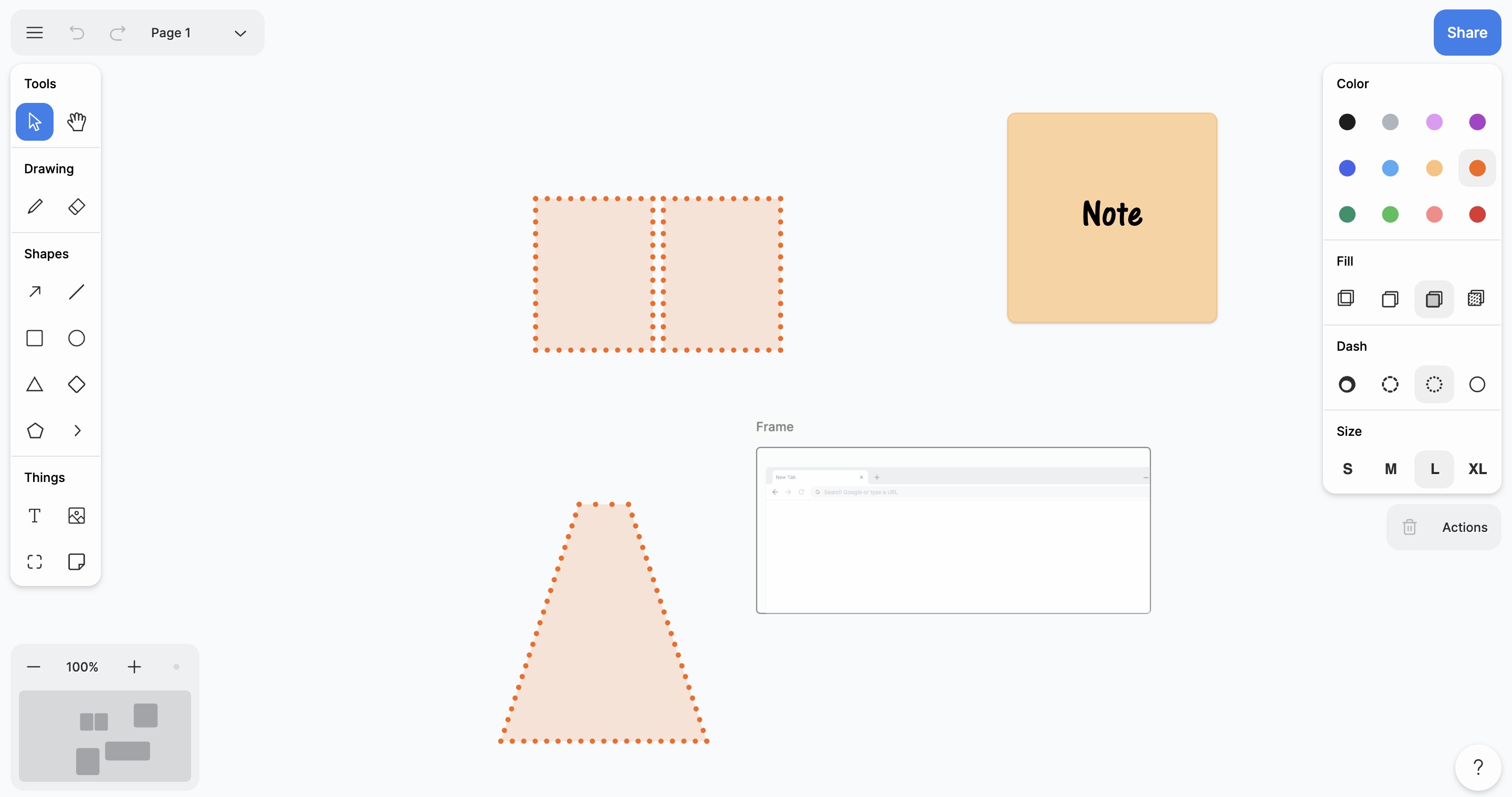 The new version of the site, which is in beta, offers more features. It has more shapes, colors and line options for drawing; you also can insert new kinds of objects like a frame or a sticky note; there are additional options to duplicate and move objects; and there are multiple formats like SVG, PNG, JPG and JSON to export the board.

To use all these features, you don’t need any account or login. Because this is on the web, you and your colleagues could easily use this without being dependent on the platform.

“After making these projects, I wanted to create something new that was more “shape agnostic,” that let me put any sort of shape on the canvas; and this is what would become TLDraw. I was building all of this in public (mainly via Twitter gifs) and the TLDraw content got very popular fast,” Ruiz told Techcrunch.

TLDraw has raised a $2.7 million seed round led by Lux Capital with participation from Amplify Partners, Sabrina Hahn, Guillermo Rauch of Vercel and NP-Hard Ventures. The round also had other investors like Soleio, Badrul Farooqi, Michael Stoppelman, Tom Preston-Werner, Adam Wiggins of Muse, Brian Lovin of Campsite, David Khourshid of Stately.ai, Cristóbal Valenzuela of Runway ML and Johannes Schickling of Prisma.

The company, which has five full-time employees, currently doesn’t earn any revenue beside money donated by GitHub sponsors. Going forward, the startup wants to work on licensing and support to generate revenue. Ruiz said the team might have some features — like collaboration tools between team members — behind a paywall.

The developer tools and the road ahead

While TLDraw is available for all to use for free, the company also offers developer tools to integrate its canvas. Think of it as “Whiteboard-as-a-service.”

Ruiz told TechCrunch that when he started working on the project, he wanted to provide a platform for anyone to build on collaborative canvases with all the basic tools available to them.

The startup founder added that existing tools offer their own take on collaboration design and they are hard to customize for a company’s own needs. With TLDraw, teams can get a strong starting point in terms of effective interaction design and collaborative canvas. 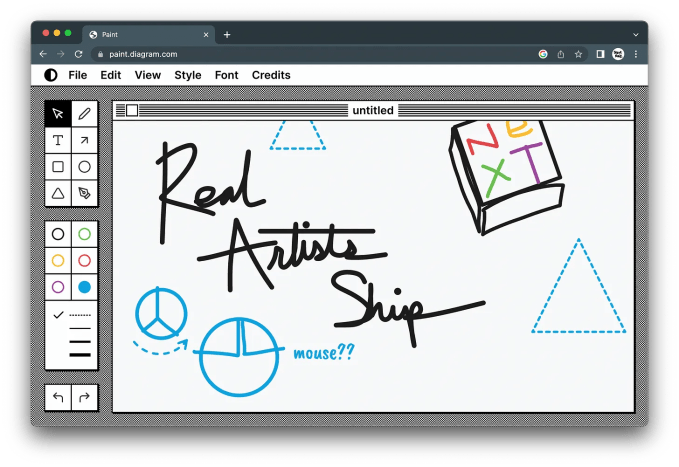 “There are hundreds of little features — selection, resizing, rotating, dragging a shape between different parents, even undo and redo — where the solution is both very mathematically complex and very subjective at the same time. The right implementation is the one that ‘feels right,’ and that can be a very frustrating target to hit,” Ruiz added.

There are already quite a few projects that are using TLDraw as a base. There are neat web-based drawing apps like MacPaint and OkSo; developers have also used TLDraw to make useful story-building tools like LengendKeeper and WorldAnvil; AI-based video generation platform Vidext is using it as a base canvas; and open source virtual classroom firm BigBlueButton is using it as its in-class whiteboard tool.

The company is now working toward open sourcing the new beta version of the TLDraw website along with moving all collaborative versions and the Visual Studio Code plugin to it. What’s more, in the next 12 months, the startup plans to add more features like rulers, object lists and animations based on community feedback.