Online shopping and speedy delivery through services like Instacart and Amazon Prime are the height of modern conveniences, but for many consumers who care about sustainability and e-commerce’s impact on the environment, every box and plastic bag deposited on their doorstep is also accompanied by a feeling of guilt. If only there was a better way to shop, we collectively wonder as we click “Add to Cart” yet again. Well, maybe there is.

A startup called The Rounds believes it has landed on a solution to make online commerce more efficient, more eco-friendly, and — as its newly announced $38 million Series A implies — potentially profitable, too.

Investors Annie Kadavy at Redpoint Ventures and Andrew Chen at Andreessen Horowitz led the startup’s latest round, which included seed investors Construct Capital and First Round Capital. To date, The Rounds has raised $42 million.

The model employed by The Rounds involves what it calls reverse logistics — a system where online goods aren’t just delivered to the consumer, but their empty containers are also picked back up at the same time. Layered on top of this are regularly scheduled deliveries designed to restock basic household needs, from cleaning supplies to personal care items to shelf-stable foods and more. 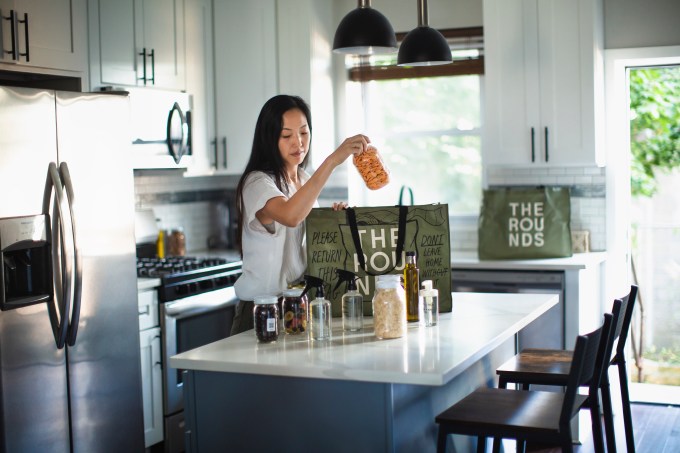 The Rounds co-founder and CEO Alex Torrey came up with the idea as a means of solving his own personal pain point as a decade-long big city resident who lived in high-rise apartments, without a car. Like many city dwellers, he found himself either carrying big, bulky products back to his apartment after making a run to a local store or feeling wasteful as he restocked smaller household items via online orders as things ran out.

“I remember I ordered a hand soap…and I had to sort through thousands of options on Amazon,” Torrey recalls, speaking to the difficulties with using traditional e-commerce sites for everyday needs. Then, when his package arrived, Torrey realized how wasteful Amazon deliveries like this could be.

“I got a box within a box with a plastic bottle of hand soap — identical to the bottle that’s on my sink. Now I’m holding two identical plastic bottles, [but] one of them is empty. Plastic is designed to last hundreds of years — mine lasted not even 100 days,” he says. 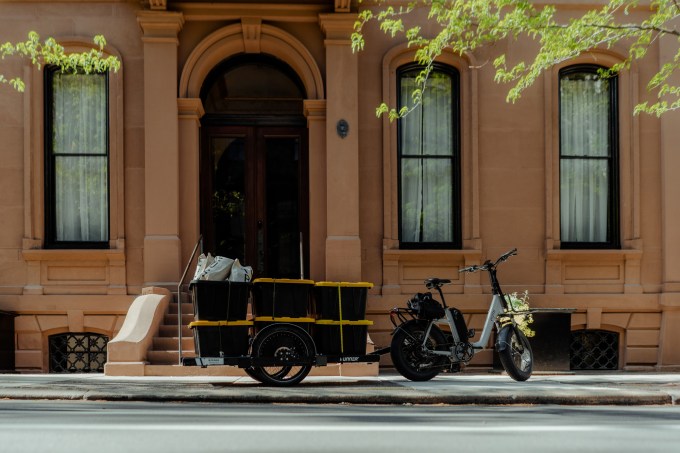 Combined with the fact that he lived in a building with 500 other apartment units where likely many other people were also ordering hand soap and other items on a regular basis, it also didn’t seem like the most efficient way to restock supplies, either. After all, a hotel of this size would just order in bulk, without the excess packaging designed for retail shelves. So why couldn’t consumers order this way, too?

As it turns out, they can.

Launched in 2019 in Philadelphia, and still flying a bit under the radar, The Rounds today works by allowing consumers to shop around 150 individual products (SKUs) across categories like household items, personal care, pantry staples and dry goods, in addition to items from select local sellers like bakeries or coffee roasters, or others you might find at your local farmer’s market, depending on location.

Consumers sign up for the service, which has no annual fee, then create a restocking schedule for their weekly deliveries.

But unlike many subscription-based delivery services, The Rounds allows customers to adjust which items get delivered and when, on an ongoing basis. Its system will text you before delivery to remind you to check your orders dashboard, where you can add or remove items. You can also just text back to make your changes, similar to texting your Instacart shopper.

This is a big improvement over more basic restocking systems like Amazon’s “Subscribe & Save,” which asks consumers to forecast their expected re-order cadence, leaving them to often become either overstocked or understocked, as a result.

And while it shares some similarities with something like sustainable product retailer Grove Co.’s monthly subscription-based deliveries, it delivers its goods weekly in reusable bags — and, most importantly, the company picks up your empty containers and bags to be used for future deliveries. (After cleaning, of course!) 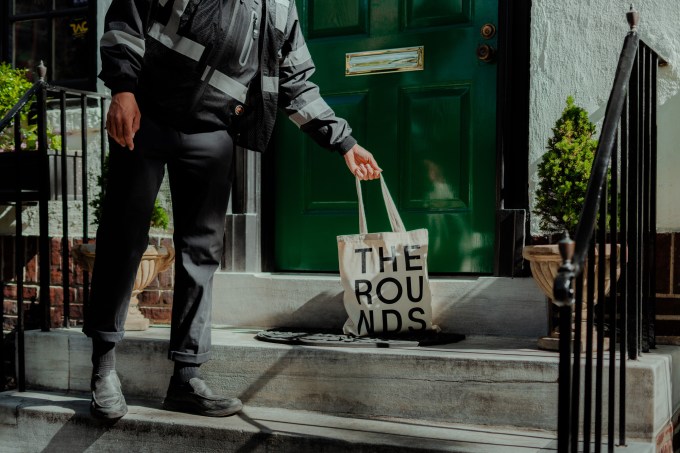 This is not an unfamiliar model — milk used to come in glass bottles, returned upon the next delivery, for instance. It just went out of fashion with the rise of supermarkets to serve those who relocated to the more spread-out, post-World War II suburbs. And now, everyday e-commerce is this model’s competitor. But traditional e-commerce has been particularly bad for the environment, despite improvements in last-mile logistics and recyclable cardboard. Items still come with excess packaging — plastic fillers and extra packaging — things that often just get thrown away, not recycled.

“With The Rounds, we’ve built a way that you can get [items] without any packaging waste. You can get it delivered with no cardboard, no single-use plastic. We’re building what we believe to be the future of last-mile logistics,” he says. 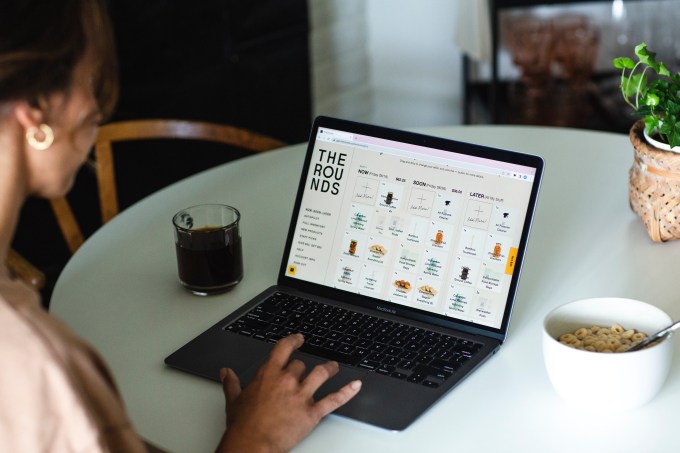 Using the online dashboard, shoppers move items in between columns labeled “now,” “soon” and “later.” The “now” deliveries are the ones coming this week and these can be adjusted by the consumer or by the system’s own algorithms as it learns from your scheduled pickups. As your returned containers’ QR codes are scanned, The Rounds learns how often you really go through a given product.

Members pay $10 per month, but deliveries have no extra fees or tipping required. Individual item costs are comparable to Costco or other warehouse stores, the company claims, but divvied up into smaller sizes.

That could be an obstacle for some, however. Warehouse club shoppers would at least get a full box of a product, unlike on The Rounds, where you might get, say, only half a box of cereal or pasta delivered in a refillable mason jar. That could be harder for larger households, where ordering the quantities needed to feed the parents and the kids alike could leave customers with a lot of empty jars by week’s end.

It may also not deliver the savings at that scale, either.

“It’s not the cheapest option,” Torrey admits. “We’re not out here saying that we are cheaper than anything else you can get. That’s not our value proposition.”

After launching in Philadelphia, The Rounds has expanded to D.C., Miami and Atlanta over the course of 2021 and 2022. It now counts over 10,000 active members and claims 10x growth. While Torrey won’t disclose The Rounds’ annual revenue, he notes it’s already profitable at the unit economics level on an individual delivery.

To help on this front, the company has a number of apartment building partners that allowed it to get density fast as it entered new markets.

“There’s no secret. It just comes from the fact that our model is much more efficient on the delivery side because we aggregate the demand,” explains Torrey. “We’re not sending out a DoorDash person with one delivery to your apartment building, and then they have to go to another restaurant and go deliver something else to another apartment building. That’s extremely costly. It’s very few deliveries per hour,” he says. “We’re sending out the ’rounder’ with a big trailer behind their e-bike full of deliveries.”

The ’rounder’ also can deliver directly to customers’ doorsteps in many buildings because of its partnerships.

Now, the company is also pilot testing deliveries with GM-owned electric van maker BrightDrop to see if it can become even more efficient by using vans designed for last-mile deliveries. Torrey himself took an interesting path to entrepreneurship, having been recruited out of college to the CIA where he worked as an analyst and spent time in Afghanistan — an experience he credits with teaching him about what it’s like to have a sense of a mission and working with a small group of people. Later, he bootstrapped a consumer startup, Umano, all the way to Shark Tank, which he says was a learning experience where he got to make a lot of mistakes. He then entered the marketing agency world, leading brand strategy for big companies like McDonald’s, but couldn’t shake the entrepreneurship bug.

Thanks to a supportive partner, Torrey decided to take another stab at it and entered Wharton’s business school, where he met his co-founder Byungwoo Ko. Ko’s background is useful to The Rounds, as he previously worked at Uber and Uber Eats on the operations and strategy side.

Also during his first year in business school, Torrey was a managing partner at Dorm Room Fund. But to pursue The Rounds full time, Torrey dropped out of Wharton and stepped down from the fund to focus on this new venture.

The founders have now scaled The Rounds to four cities and 10,000 customers with just 100 full-time staff, which includes its delivery personnel (all of whom are W-2  employees, not gig workers, we’re told).

With its new funding, The Rounds is now looking to grow its team, particularly on the technology side, as well as its market penetration, including by going deeper into its existing markets and expanding to new geographies. Longer-term, it aims to have a footprint in both major U.S. cities and more suburban markets, too. 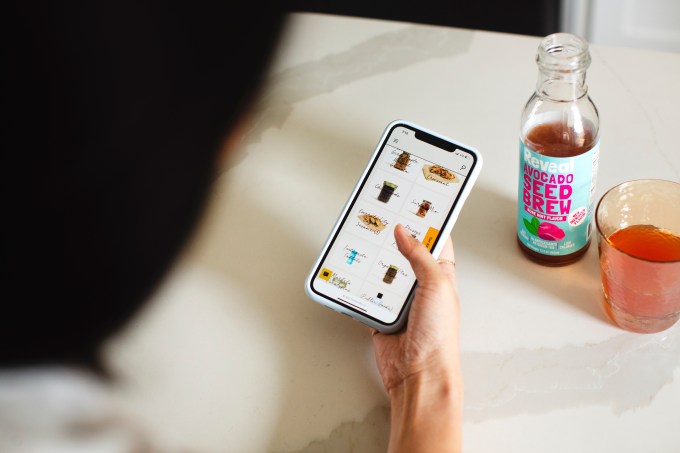 While the startup’s mission is admirable, The Rounds will still have to contend with a tough economy where not being the cheapest option could hurt its ability to grow, and where much of its current customer base of urban city dwellers are already committed to the convenience of one-click orders with Amazon Prime. It could also face difficulties convincing families to join, given its current product sizing seems designed more for a one- to two-person household. And because it’s not a full-service grocery delivery service, people may prefer to just place one entire weekly order with a larger provider, like Shipt, Walmart or Instacart, instead of having a separate service for household staples and packaged goods and another for fresh produce, dairy, meats and frozen.

The Rounds will additionally need to convince more than just the eco-minded of its value, which will come down to product quality and variety — something that could improve over time with more local business partnerships, including potentially those with local produce providers at some point further down the road.

(Plus, consumers will have to trust the startup isn’t just running to Costco itself and then transferring products into mason jars for the upsell! The company says it works with U.S. distributors for inventory — it doesn’t shop from retailers on consumers’ behalf, like other grocery delivery services do.)

Torrey acknowledges the struggle ahead will involve convincing those customers of its value proposition while also reaching more people than it does today.

“That is our mission: make everyday sustainable choices effortless — that’s because we’re more convenient and the zero waste and the way we deliver and the no packaging. And for ‘everyone’ that not only means we need to physically be able to service you, but also the idea of keeping the value proposition really high,” he says. “This is not a premium service; this is just a very high-value service.”

Now it’s time to see if more consumers will agree.