French startup Pigment has raised a new round of funding less than a year after raising a $73 million Series B round. If you’re not familiar with Pigment, the company develops a business planning and forecasting platform.

For small companies that are growing, it can replace Microsoft Excel, as it’s more secure and more solid in general. For bigger companies that already use a business planning product from Oracle or SAP, Pigment can replace these legacy platforms with something a bit more modern.

The company calls this new $65 million round a Series B+ because it’s more or less in the same ballpark as its Series B. While Pigment isn’t disclosing the valuation of the startup, it is going up following today’s deal.

So why did Pigment raise again so quickly? Because there was an opportunity and because the current economic environment doesn’t look great. IVP and Meritech Capital are leading the round.

Pigment’s co-founder and CEO Eléonore Crespo told me that she doesn’t need to raise more money to turn her company into a long-term, stable business. Of course, market conditions could change and Pigment could end up raising more next year.

I also asked her if Pigment uses Pigment as its forecasting tool. The answer is yes, obviously.

Pigment connects with the tools that your teams already use, such as Salesforce, NetSuite, Workday and Snowflake. Clients use the platform to import, clean and enrich data from those other products. Once the data is in, you don’t have to enter the same number in multiple sheets as you can automatically reflect your metrics across the board. Pigment supports Excel-like formulas as well.

This way, Pigment becomes the single source of truth for all the important numbers in the company. As a software-as-a-service product, Pigment customers can also talk with each other on the platform directly.

After that, customers can create “what-if” scenarios from different datasets. Executives can change parameters to see the impact of a new product launch, a large client coming on board or — unfortunately — a round of layoffs.

Pigment currently has around 170 employees. Annual recurring revenue is growing nicely (5x in six months) and the company now has 100 customers, such as Webhelp, PayFit, Forto, Gong, Figma, Carta and ClickUp.

Business planning products are quite relevant right now as companies have to plan for the worst. Having a tool that lets you accurately view all the important metrics and make big decisions has become essential. And Pigment hopes its platform will stand out from other tools in this industry. 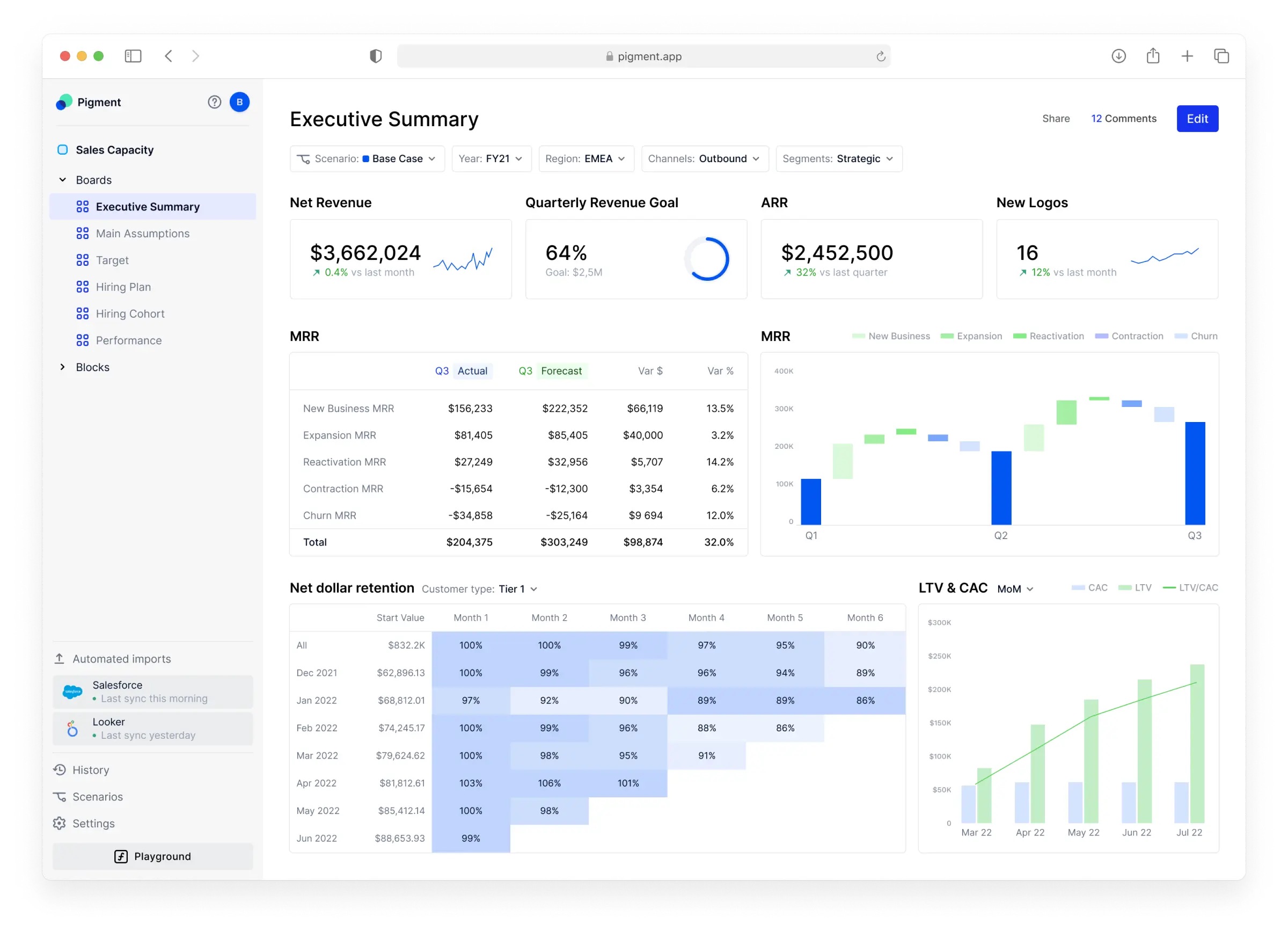