Google is gearing up to launch several Search updates to make it easier for users to find the perfect dish, the company announced today at its Search On event. Most notably, the search giant says users will be able to use its upcoming image and text-based “Multisearch Near Me” local search feature to find specific food near them.

Say your friend sends you a picture of a delicious-looking pastry and you don’t know what it’s called. You can currently use the Multisearch feature identify the name of the pastry. In the coming months, you will be able to use the “Multisearch Near Me” tool to see which bakeries near you actually offer the pastry so you can try it out yourself.

In addition to this feature, Google announced today that users will be able to search for any dish and see the local restaurants that offer it. Google says its research shows that 40% of people already have a dish in mind when they search for food, which is why it will start showing users the exact dish results they have been looking for. Users will also be able to narrow their search down to spicy dishes if that’s what they’re looking for. With this feature, you will no longer have to dig through restaurant menus to see if they have the dish you’re looking for. The functionality will roll out to users in the coming months.

The search giant also announced that it’s going to expand its coverage of digital menus to make them more visually-rich and reliable. The updated digital menus will showcase the most popular dishes and call out different dietary options, starting with vegetarian and vegan. Google says it will combine menu information provided by people and merchants using image and language understanding technologies. 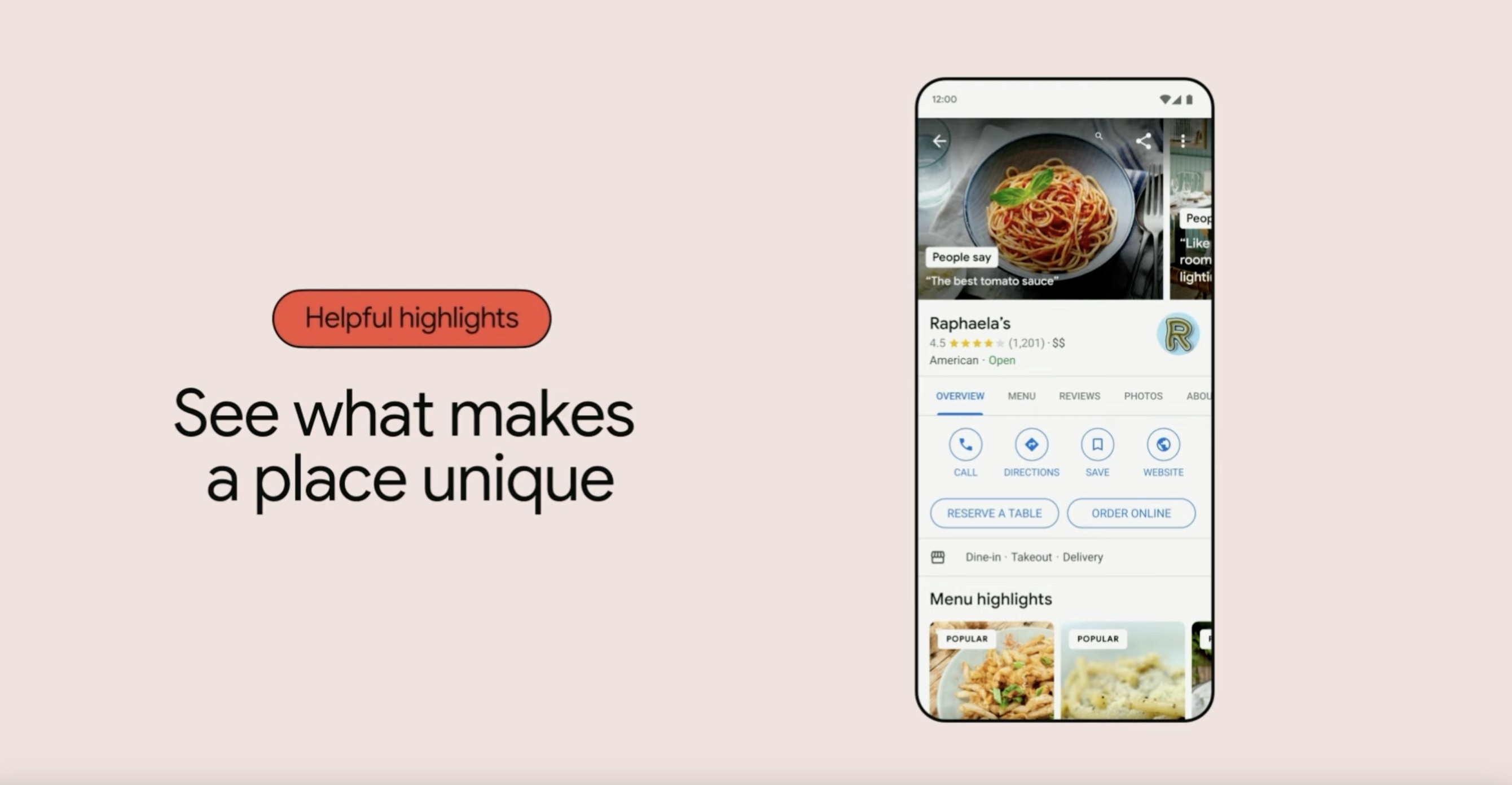 Google is also rolling out the ability for users to preview and evaluate restaurants to better understand what makes them special. The company notes that although star rating are helpful, it will go beyond them to help users make more informed decisions about where they want to eat. The feature will use machine learning to analyze images and reviews from people to find what makes a place distinctive. Google says it will roll out this feature in the coming months.