The company additionally offered a progress update on its media player and TV business as a whole, noting that it has now sold more than 150 million devices and TVs across 80 countries, while its TV portfolio alone includes over 160 models worldwide. TVs are the fastest-growing segment of the Fire TV family, Amazon said, thanks in part to more recent additions like Hisense, Xiaomi and Yamada in Japan.

For those who want a separate media player, however, Amazon is updating its Fire TV Cube ($139.99).

In addition to sporting a new fabric-wrapped, curve-edged design, giving it the look of a more upscale smart speaker, the new device also features an upgraded processor and other enhancements. Its “octa-core” 2.0 GHz processor (up from a “hexa-core” before) makes the new device 20% more powerful than the prior generation, Amazon claims. The Fire TV Cube supports 4K Ultra HD, Dolby Vision, HDR and Dolby Atmos audio. It can also upscale HD content to 4K to make viewing older photos and videos an improved experience on more modern 4K TVs with its Super Resolution Upscaling feature. 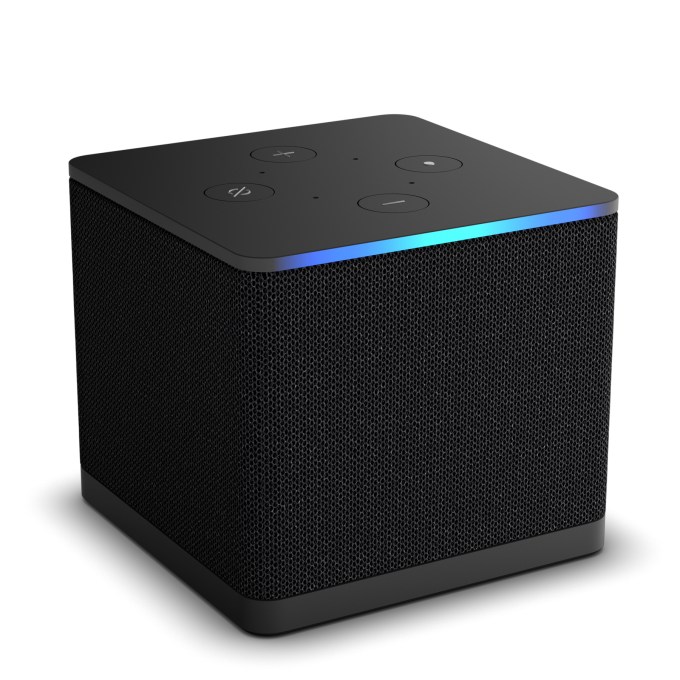 But a bigger selling point for consumers may be that it will become the first streaming media player to include Wi-Fi 6E support. This opens up new spectrum to stream in with less interference — which is useful for homes with a number of connected devices.

The Fire TV Cube will also offer the ability to control your TV and other living room devices by voice, thanks to its built-in four-microphone array and 360-degree IR blaster. On the back, the device offers a variety of ports, including Ethernet, USB (useful for adding storage or connecting webcams for video calls), IR extender and, for the first time, both HDMI In and HDMI Out ports.

The HDMI ports enable the Fire TV Cube to cater to non-cord cutters who want to hook up their cable box through the device, Amazon explains. By doing so, they’ll then be able to navigate their cable TV channels through Alexa voice control.

The device will also continue to support audio streaming for compatible hearing aids, which was first launched earlier this year with Starkey’s hearing aids. 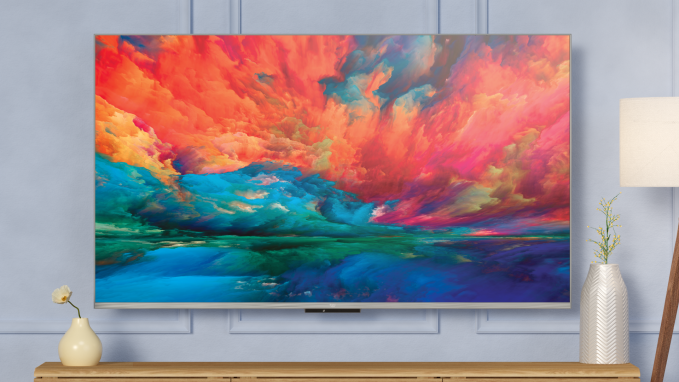 This device will now represent the top of the line in terms of picture quality across Amazon’s own Fire TV models, thanks to its 4K QLED display. It supports local dimming — which gives you the deep blacks and bright whites — with up to 96 dimming zones. It’s also the first Fire TV to ship with Dolby Vision IQ, a feature that enables crisp colors and contrast and brightness. And with HDR 10+ Adaptive and Adaptive Brightness, the TV will adjust the picture brightness and contrast based on the room’s brightness. 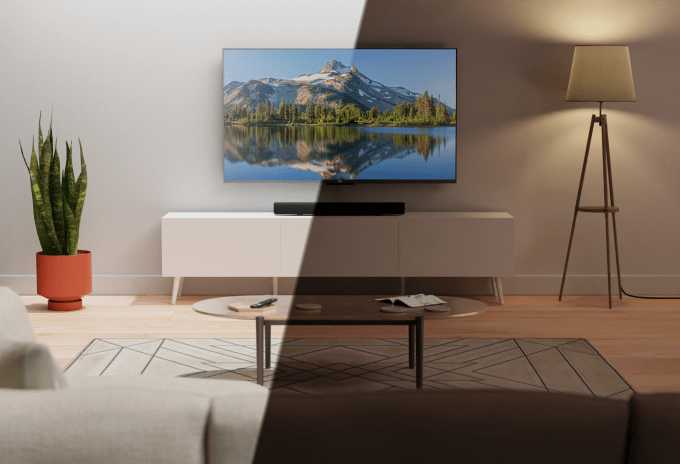 Beyond these picture quality-related features, the new Fire TV additionally sports a custom sensor package embedded on the front of the TV. A presence sensor allows the TV to turn its ambient experience on or off based on whether someone has entered or left the room while an ambient light sensor helps the TV to understand the context of the movement. For instance, if you just walked past the TV to get a midnight snack in the dark, the TV may remain off, but if you walked into the room in the morning, it may instead load an ambient experience to help you start your day. 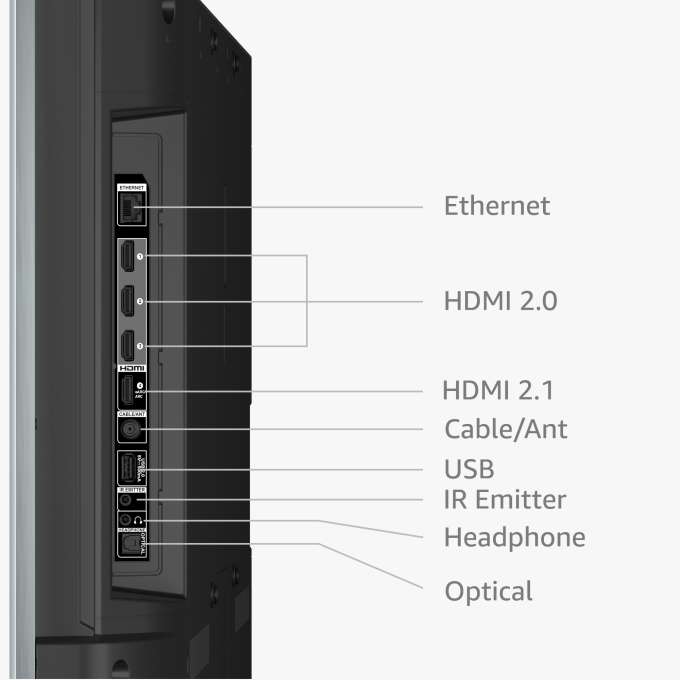 Amazon notes customers can switch off these features in the settings, if they prefer, and they can physically disconnect the microphones via a hardware switch at the bottom bezel below the sensor package. From the settings, users can also configure a “Do Not Disturb”-like setting that will turn off artwork and glanceable information during specific hours.

This ambient experience includes a free package of artwork and photography and various Alexa widgets which can be displayed in either minimized or expanded views, depending on how much screen real estate you want them to take up. 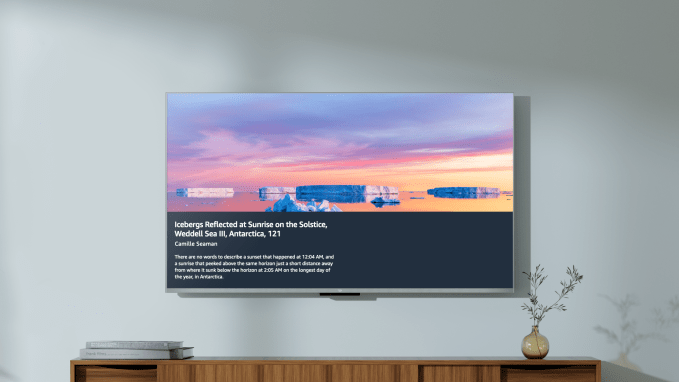 The art experience offers more than 1,500 landscapes, motion visuals, impressionist pieces and photography from artists and museums, which can also offer more detail about the pieces being displayed in a pop-up. However, users can set the TV to display their own photos if they prefer.

Alexa Widgets, meanwhile, let you keep up with news and headlines, your calendar and reminders, and access smart home devices, view sticky notes or get music or streaming recommendations, among other things. Among the TV-focused widgets is one that offers a selection of top trending titles and another “On Now” widget that showcases live content, like Amazon’s own Thursday Night Football, exclusive to Prime Video. And, as a Fire TV, the device has Alexa built-in, meaning you can ask the virtual assistant anything you would normally, as well as request music or TV or movies to begin playing, or even kick off Alexa Routines.

Amazon will also ship an updated Alexa Voice Remote Pro ($34.99), its top-of-the-line remote. The new version includes a lost remote finder function which can play a sound to help you find the remote and two programmable buttons that can be configured to launch a favorite streaming app or even an Alexa command or Alexa Routine if you prefer. For instance, if you wanted to program a button for a “movie night” routine, it could dim the lights and pull the shades in your smart home, and make an announcement across the home’s Alexa devices that movie night was starting. 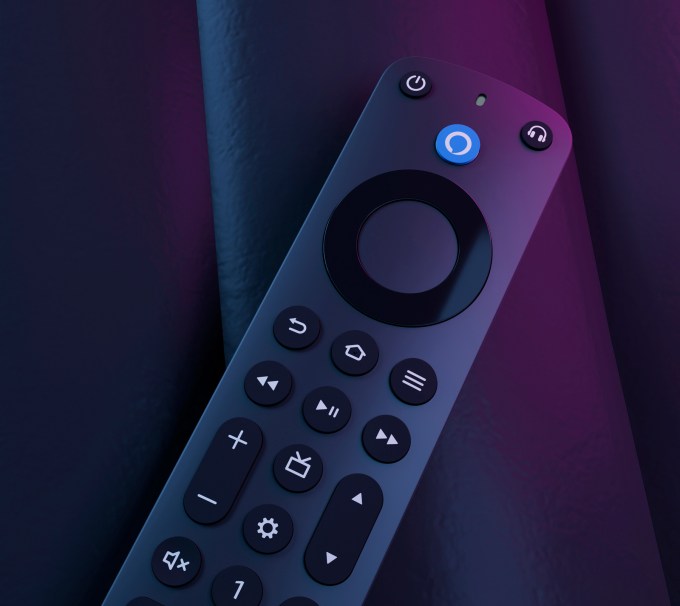 The device also has the usual standard remote features, plus pre-programmed buttons for streaming services like Prime Video and Netflix, private listening through Bluetooth headphones, and more.