This marks the retail store’s first time trying virtual worlds as it continues experimenting with new ways to reach the next generation of shoppers, Generation Alpha and Gen Z.

Walmart has tried other virtual tech before, such as its new AI-powered virtual try-on technology.

William White, chief marketing officer of Walmart U.S., said in a statement, “This is another step of reaching our customers in unexpected ways and in the places where they’re spending their time. We are excited to be one of the first major retailers to do this.”

Other retailers on Roblox include Nike with “Nikeland,” American Eagle Outfitters and Ralph Lauren. However, major retailer Walmart appears to be making the biggest effort with Roblox.

“I think that Walmart showing up in this way is just another example of how we’re thinking about what’s next, how we’re reimagining unique, innovative ways to engage with our customers,” White added.

Starting with Walmart Land, Roblox players will enter a colorful amusement park with a Walmart-themed Ferris wheel, slides, beaches and more. The island is shaped like the Walmart logo with a circle-shaped center and six branches with different themes and activities.

There are currently four sections/branches that are blank and have signs that say “Coming Soon!” Walmart told TechCrunch that the sections are called “isles” and one will launch in November with two others scheduled to launch in early 2023.

At the central hub, players can visit the Hub Store to redeem tokens for “verch” or virtual merchandise, such as apparel, accessories and electronics like Skullcandy headphones and a selfie ring light. Players get a Walmart bucket hat when they first arrive.

The central hub is also where a blimp will drop down prizes. A timer for the next drop is at the top of the screen.

There’s also a monorail that takes players on a tour of the virtual world, giving them a bird’s eye view of everything.

“House of Style” is a section within Walmart Land where players can go to test out their fashion skills. Players can try activities like the “Manicure Challenge,” where they can match nail polish colors, “Strike a Pose,” where players must copy the pose of a mannequin, as well as a photo booth that allows players to try on outfits and take photos of their avatar. There’s also a cosmetic obstacle course and a roller-skating rink. 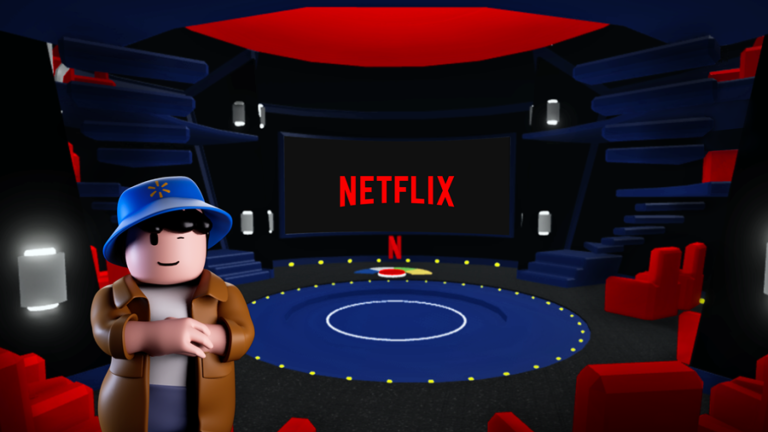 At “Electric Island,” players can compete in the “Dance Off” challenge, attend live concerts with popular performers at “Electric Fest,” and even play Netflix Trivia, which is hosted by “Stranger Things” actor Noah Schnapp, who plays Will in the show.

“Electric Fest” will begin in October, Walmart wrote in its announcement. On October 7, the first motion-capture concert will feature artists Madison Beer, Kane Brown and YUNGBLUD.

Madison Beer is a famous singer and YouTube star that will surely draw in fans to Roblox.

Players in Walmart Land can make beats in the “DJ Booth Remix” game and jump on a keyboard that plays different notes depending on which key they jump on. When testing out the game for ourselves, we found the piano sounds mildly irritating after a while.

This is similar to the trampoline within Spotify Island, where players can interact with different sounds. Players can be their own DJ within Spotify’s Planet Hip-Hop as well. 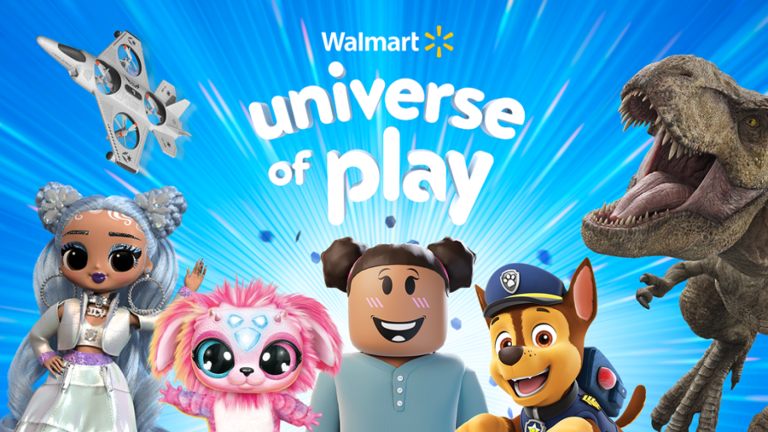 Walmart’s Universe of Play is for much younger players. It features the popular kids’ TV series “PAW Patrol” and toys like L.O.L Surprise!, Magic Mixies, “Jurassic World” dino eggs and Razor scooters. Universe of Play will also have a blimp, just like the one in Walmart Land.

Challenges and activities in this world include hunting for missing dinosaur eggs, helping the PAW Patrol team find Mayor Goodway’s pet chicken, Chickaletta, hosting your L.O.L Surprise! fashion show and creating a Magic Mixie. Players can also ride on a track in the sky with a Razor scooter.

The new Walmart experiences are live on Roblox.com. It can be played on any device, such as PC, Mac, iOS, Android, Amazon devices, Xbox, Oculus Rift and HTC Vive.

Roblox has over 52 million daily users and is designed for players aged nine years and older. The gaming platform recently introduced age guidelines for players 13 years old and up.