Walmart is expanding its support for AI-powered virtual try-on technology that allows online shoppers to better visualize clothing on models that look like themselves in both appearance and body type. Before, Walmart.com customers could select from among dozens of different models to find one who best looked like them in order to see how clothing would likely look on their own body and with their own skin tone, across a range of apparel items. Now, the retailer is launching new technology called “Be Your Own Model,” which lets shoppers use their own photos to see how clothing looks on them, instead of choosing one of the existing fashion models.

The virtual try-on technology hails from Walmart’s 2021 acquisition of the startup Zeekit. The computer vision and neural network-powered feature is capable of analyzing catalog images of garments to create a dressed image. The use of neural networks helps to determine the different variations of a product, including size, color and other factors — like fabric draping or sleeve length, for example.

The result is more realistic imagery than some other experiences where a photo is simply laid overtop another image, Walmart says. This makes it feel different from other tech, like AR-enabled shopping, notes Cheryl Ainoa, SVP of New Businesses and Emerging Tech, Walmart Global Tech.

“Where we didn’t feel like customers were satisfied is that a lot of the AR experiences are basically the equivalent of taking and laying a flat image on top of a flat image,” she says. “That doesn’t let you actually experience what this article of clothing is going to look like on me.”

Initially, Walmart presented its virtual try-on options across models ranging in height between 5’2″ and 6’0″ and in sizes XS through XXXL across “thousands” of items. As of today, this earlier iteration is now available on more than 270,000 items across both national brands like Champion, Levi’s and Hanes, and Walmart’s portfolio of brands, including Sofia Active by Sofia Vergara, Love & Sports, ELOQUII Elements, Time & Tru, Athletic Works, Terra & Sky, No Boundaries, Avia and The Pioneer Woman. A smaller number of items on the Walmart Marketplace also support the feature. It’s also expanded from 50 models to now over 100.

With the coming expansion, customers no longer have to only select from the available models.

Instead, desktop shoppers on Walmart.com and users of Walmart’s mobile app will be able to use their own photos in order to create a more personalized shopping experience. This option is rolling out first to iOS users of the Walmart app then to the web, with Android launching in the weeks ahead. 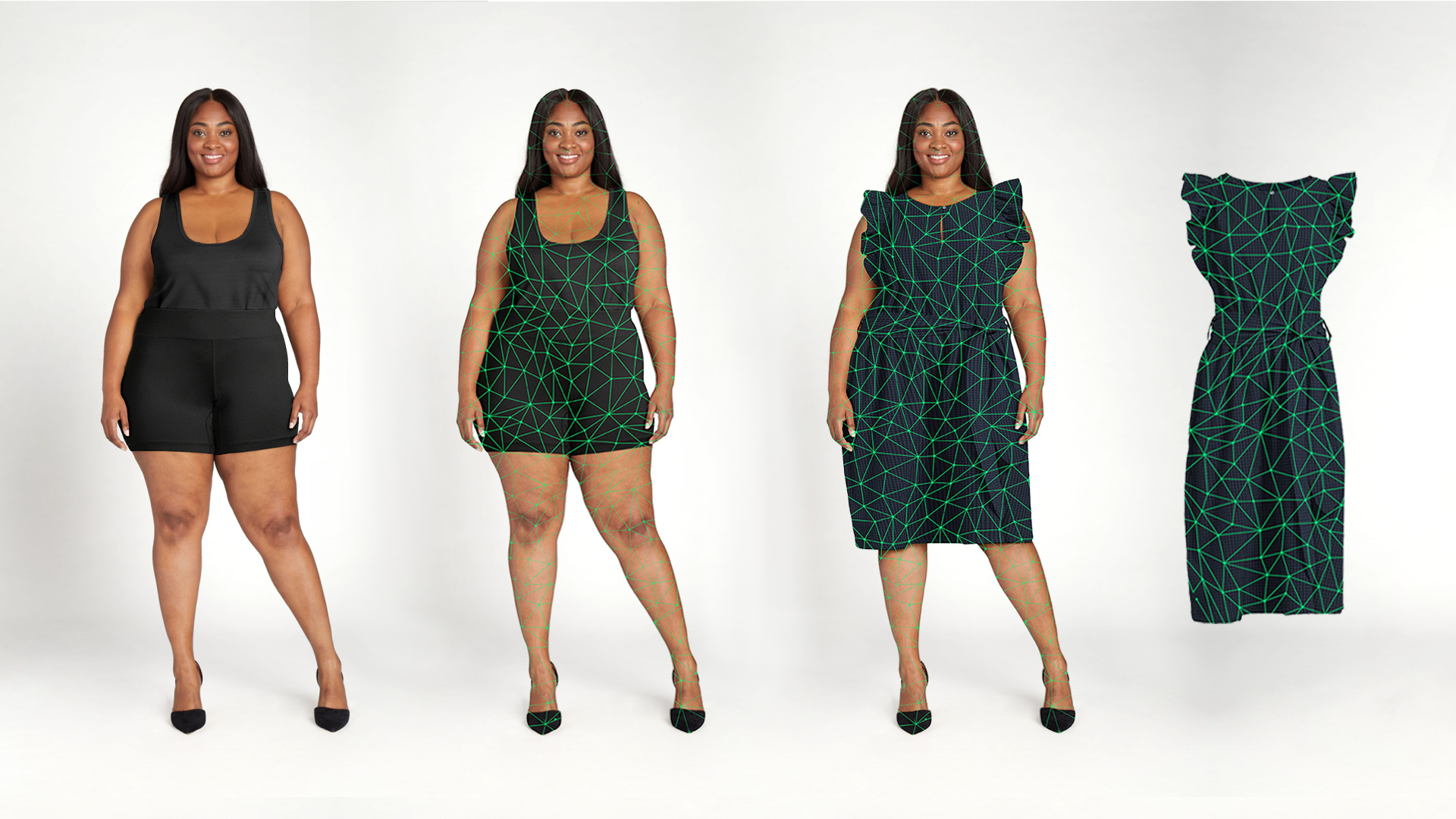 To get started, customers will first need to snap their photo with the Walmart iOS app in order to import their own image into the system. From there, they can then virtually try on any supported clothing items and see how it really looks. If signed-in, the photo will remain associated with the customer’s account for future use but can be deleted at any time.

The company believes this sort of technology will go a long way to increase conversions and minimize returns — issues that still today plague online apparel shopping.

According to Denise Incandela, Walmart EVP Apparel Division and Private Brands, the initial “Choose My Model” feature has already been successful on that front, in fact.

“We’re very excited about the insights that came from [the “Choose My Model” feature], which is why of course we expanded beyond the 50 models to the 120, and continue to invest in that,” she says. “We have seen right what we hoped to see in terms of improved conversion.”

Walmart declined to share specific metrics on conversion increases, however, or the impact on returns, as the tech is still new.

The retailer acknowledges that not everyone will want to use themselves as a fashion model, which is why it will continue to support the “Choose My Model” feature alongside the new addition. Still, the company’s long-term goal is to push more customers to use their own image to help them shop — whether that’s online or even in-store, as a way to skip the dressing room.

The retailer also suspects it will continue to help drive conversions, as the earlier feature has done.

Farther down the road, Walmart wants to expand the technology to men’s and children’s apparel and even accessories, as well as introduce more brand integrations.

“Be Your Own Model” had been soft-launched before today on the Walmart iOS app but is rolling out more broadly, starting today.