As the mechanical keyboard hobby exploded during the early days of the pandemic, a lot of companies raced to launch new products. Drop, however, which maybe did more than anybody to popularize custom mechanical keyboards by making them and lots of accessories available to a larger audience, mostly added third-party keyboards to its lineup during this time. Now, however, it is launching the Sense75, its first brand-new in-house keyboard in two years.

As the name implies, this is a 75% keyboard, meaning you get the full set of function and arrow keys, as well as three buttons on the right side (by default, these are delete, page up and page down) and, as has become standard these days, a knob. They’re are RGB LEDs, of course, including underside diffusers that will create what Drop calls a “visually appealing halo’ and, of course, hot-swap sockets so you can easily change out your switches. The keyboard will support customization through QMK and VIA to adapt it to your typing needs. 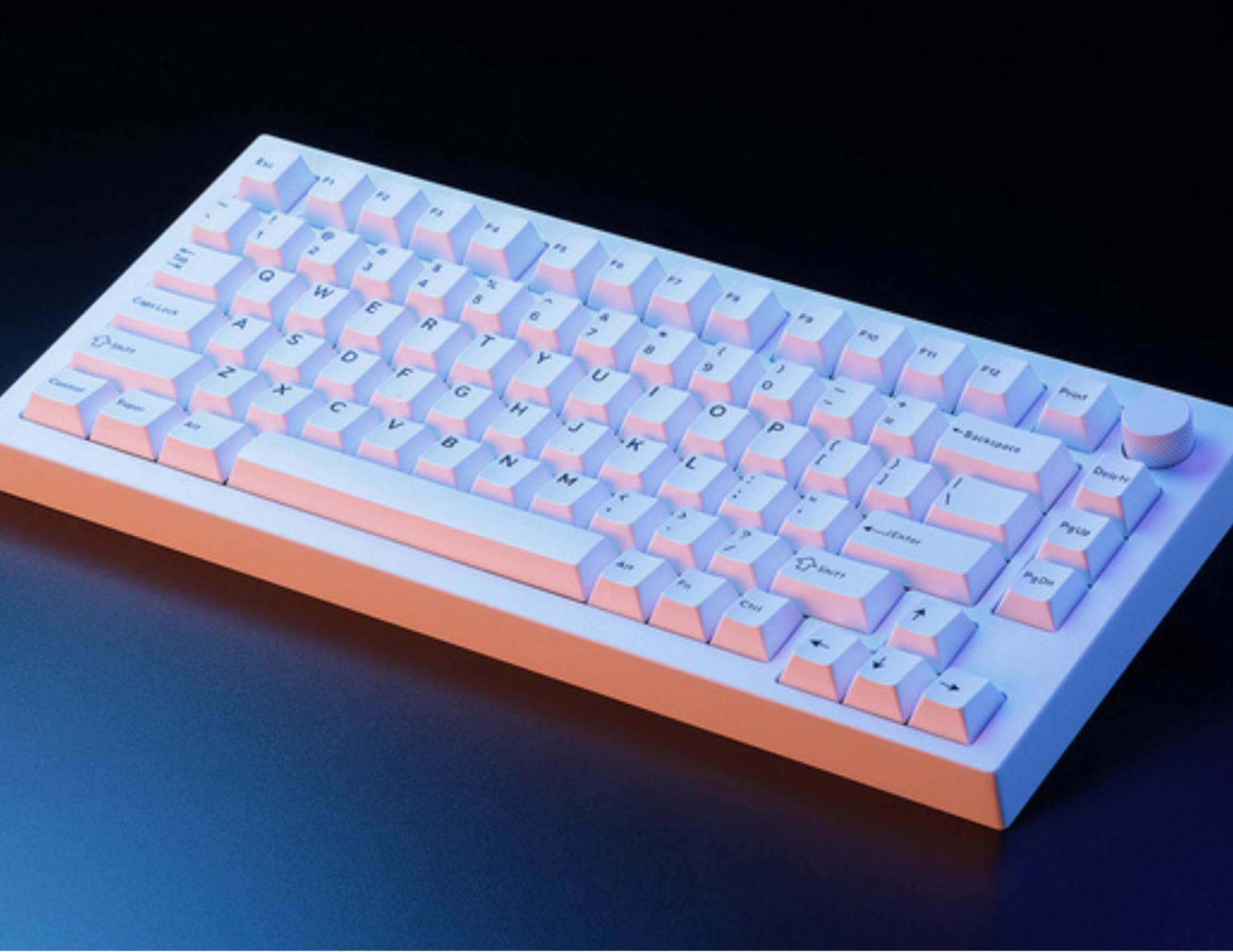 For the first time, Drop is also using the increasingly popular gasket-mount system for one of its in-house keyboards, which should result in enhanced sound and a bit more bounce in the typing experience.

“When we pursued developing a 75% mechanical keyboard, we were committed to designing a product with great attention to detail and premium materials that not only outperformed others in the market but also offers a typing and customization experience that our community would love,”said Drop CEO Jef Holove. “After an intensive design and development process, we are proud to introduce the Drop SENSE75 and we cannot wait for our community to try it out, as we could not have created it without them.”

You’ll be able to choose between a pre-built version with the company’s Holy Panda X switches, its new DCX keycaps and factory-tuned Phantom Stabilizers, or a barebones version that only includes the keyboard frame and PCB board. I would have loved to see more color options, but for now your choices are black (or, Nightfall, as Drop calls it) and e-white (Polar), with the white version commanding a $50 premium.

The pre-built version will set you back $349 for the black edition and $399 for the white one, while the barebones version will cost $249 in black and $299 in white. For now, though, you can only pre-order the pre-built version, with shipments arriving in November (a reasonable lead time in the mechanical keyboard world). The barebones version won’t be available until “a later date,” which will likely be a bit of a disappointment for many Drop fans who already have a set of favorite switches and keycaps.

It’s hard to judge a keyboard by looks alone (though I do like the minimalist style of these based on the image Drop has shared so far). We’ll have to see what they sound and feel like when they arrive in a few months. Drop did a nice job with its new keycaps, so I have high hopes for this new board, too. But the market at this price point is very competitive and the likes of Keychron, NovelKeys, KBDfans and plenty of others offer very competitive custom keyboards in this same price range. Keyboards fans are nothing if not persnickety, so there’s little room for error.