Fonoa, a tax automation platform used by companies such as Uber and Zoom, has raised $60 million in a series B round of funding.

Founded out of Dublin, Ireland, in 2019, Fonoa targets digital services companies that operate globally, automating many of the processes involved in managing sales tax, VAT, and goods and service tax (GST) wherever the company sells its wares.

Among Fonoa’s services is tax ID validation, which lets Fonoa’s customers instantly know the tax status of their own users and suppliers so they can apply the right type of tax at checkout. This is important because many governments collect taxes based on where a service is consumed, rather than on where the service provider is situated. And so Fonoa synchronizes with Europe’s VAT Information Exchange System (VIES) among other national databases around the world, so that the digital service provider instantly knows what kinds of taxes should be charged.

On top of knowing what taxes are applicable for any given transaction, Fonoa also figures out how much GST, sales tax or VAT is applicable based on the respective locations of the vendors and end users. Then, it can generate locally tax-compliant invoices and receipts for more than 100 countries. 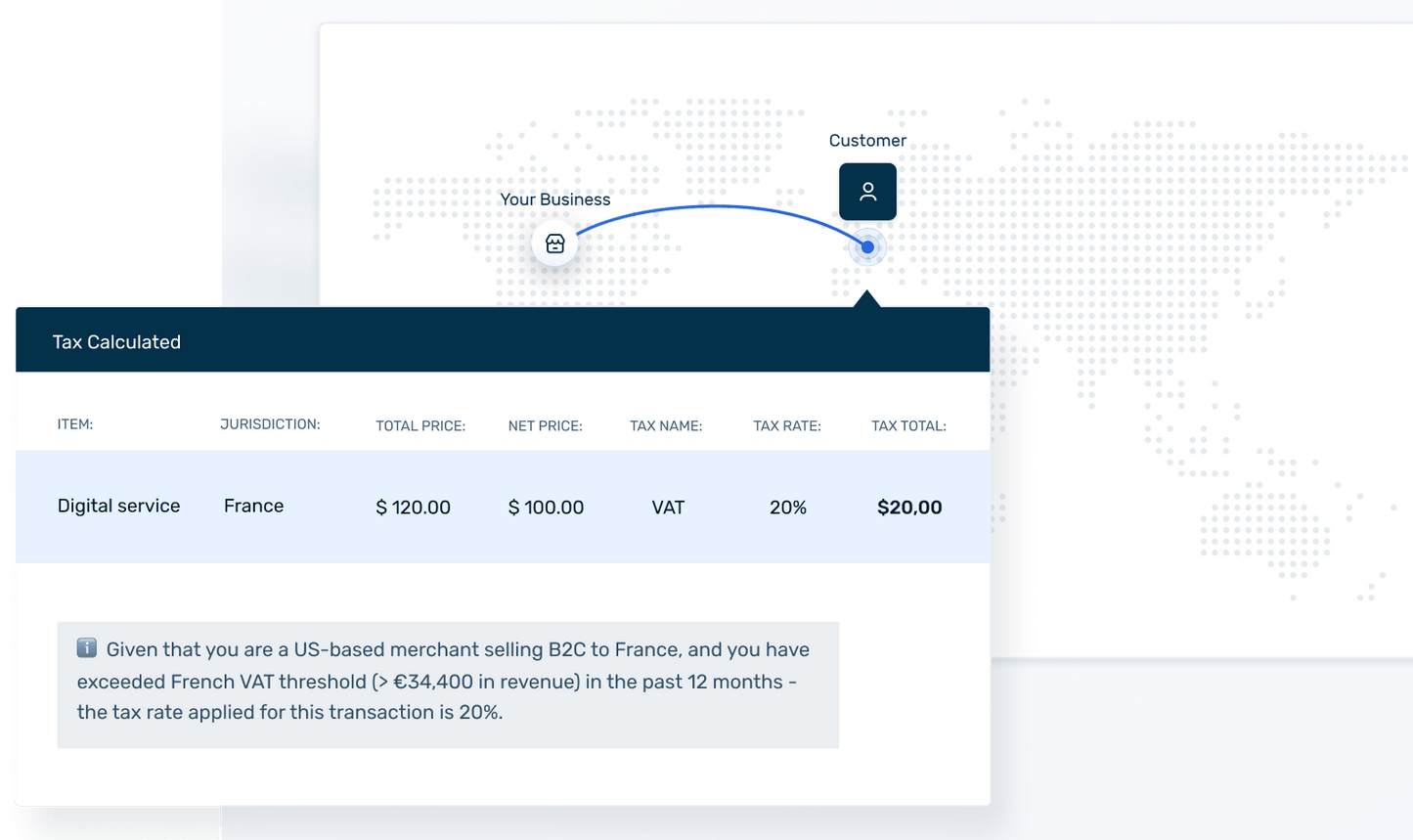 Automation is the key selling point to all of this. With companies such as Uber or Zoom processing millions of transactions across dozens of countries each month, manually figuring out all the applicable taxes is a labor-intensive process. This becomes all the more complicated when you consider all the potential variables involved — this includes the customer’s location, whether a transaction is B2B or B2C, and even the type of product or service that’s being sold.

For example, some countries charge VAT for audiobooks, but not digital or paper books. And in the e-learning industry, the tax implications of live and interactive courses are very different to those that are prerecorded — the latter are subject to tax in the EU, but the former aren’t. But in Australia and New Zealand, all online courses are subject to tax, irrespective of how they’re delivered.

“Typically, e-learning companies have users in nearly every country around the world, so you can see how much resource and effort it would take to work out the laws in each country manually, and it could really hinder their global expansion plans,” Fonoa co-founder and CPO Filip Sturman explained to TechCrunch. “But with Fonoa, all they have to do is plug in minimal levels of transaction data and our tax engine automatically calculates the correct tax and what kind of tax it is.”

According to data from the Organisation for Economic Cooperation and Development (OECD), consumption taxes make up around one-third of tax revenues for OECD constituent countries, which include the U.S., U.K., most of Europe and other territories across the Americas and Asia. But even though most businesses would prefer to be compliant in all the jurisdictions in which they operate, collecting and accounting for all these taxes can be difficult. And that, effectively, is the problem that Fonoa is setting out to solve.

Fonoa had raised a $20.5 million round of funding less than a year ago, and in the intervening months the Irish company has doubled its headcount to 130 people across 20 countries. But perhaps more importantly, Fonoa has sought to transition its product from what was substantively a set of APIs that companies integrate into their existing finance applications and systems, to a more comprehensive end-to-end platform — this is to reflect the type of user that would typically benefit from a service such as Fonoa. What we’re talking about here are web-based user interfaces that are good to go out-the-box and which don’t require complex integrations and developer involvement.

“Now we provide a full platform, a full service effectively with a better user interface design,” Sturman said. “The reason for this is because our primary customers, tax managers or tax directors, don’t primarily interact with an API, so we wanted to allow them to get all the benefits of Fonoa as quickly as possible, without needing a huge amount of technical support.”

There are other companies out there with a similar proposition, insofar as they help global companies remain compliant with their taxes — but Sturman said that his company’s focus on digital service providers (versus physical products), and its multitude of products (tax ID valuation, calculations, invoicing and reports) is what sets it apart from the crowd. So any company looking to replicate Fonoa, according to Sturman, would likely have to stitch together multiple different products.

“Other players focus on firms selling physical products in brick-and-mortar locations, and then try to extend their offering to cover digital as well,” Sturman said. “But it isn’t as simple as that, as digital transactions are often more complicated.”

Fonoa’s series B round was led by Coatue, with participation from Dawn Capital, Index Ventures, Omers Ventures, FJ Labs and Moving Capital. Sturman said that the additional raise, which comes around nine months after its previous raise, was not essential but it will allow it to accelerate its recent growth, which it said saw revenues grow sevenfold in 2021.

“While our existing revenue and limited burn rate would have allowed us to continue scaling without the additional raise, we see an opportunity to increase the pace,” Sturman said. “To build a truly global and dominant tax technology offering that will be part of every internet transaction, we have no time to lose.”