Amazon is introducing a new Prime Video interface for streaming devices, smart TVs and Android devices that ditches text-based tabs on top for icon-based navigation on the side along with a dedicated tab sports on the home page for live and pre-recorded content in the category. The new redesign includes a bigger carousel for Amazon Originals with maturity ratings and top 10 charts for titles in the region, too.

The updated home screen now has a new navigation menu on the side with icons for Find, Home, Store for buying or renting titles or to subscribe to channels, Live TV to see content from your subscribed channels, Free with Ads for Amazon’s FreeVee service and My Stuff for watchlists and purchases. 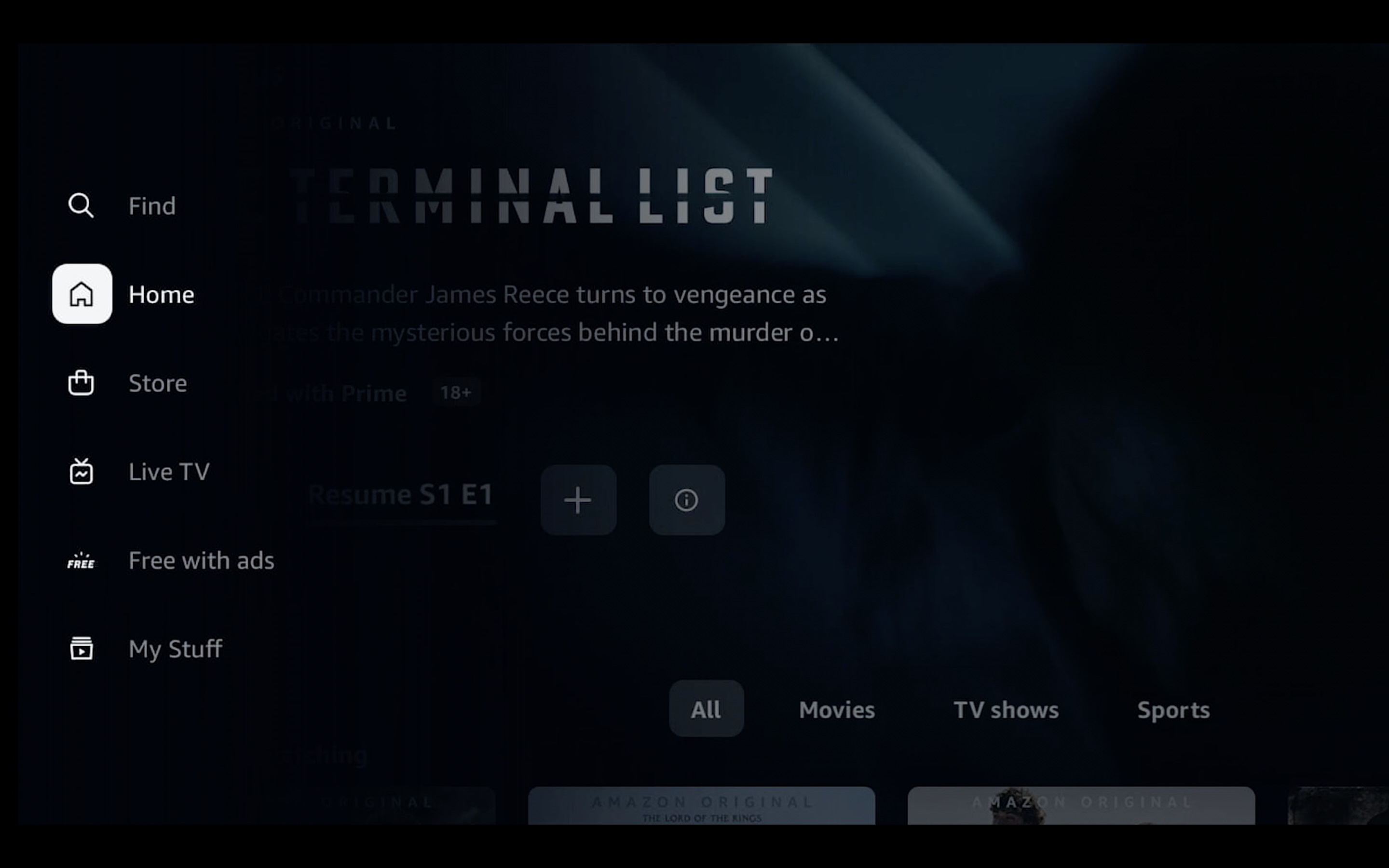 Prime Video’s navigation menu changes are similar to the new Fire TV interface — which adopted icons instead of text for tabs — Amazon rolled out last month. Amazon Prime Video’s redesign is rolling out to customers globally this week using the app on TV streaming devices including Fire TV and its Android app with iOS and Web interface updates to follow.

“We are redesigning the Prime Video experience to highlight our broad selection of content and to make it easier for customers to find the content they love,” the company said in a pre-written statement.

Amazon is now including four new subnavigation options under a new larger banner carousel on the home screen called All, Movies, TV Shows and Sports to easily find content in those categories. It’s surprising that Amazon waited for so long to have those basic navigation tabs on the big screen. Before this update, it was very hard to just scroll through movies or TV shows. The home page also shows bigger carousels with trailers for Prime Originals, a top 10 chart for the region and a carousel to easily find your current subscriptions. 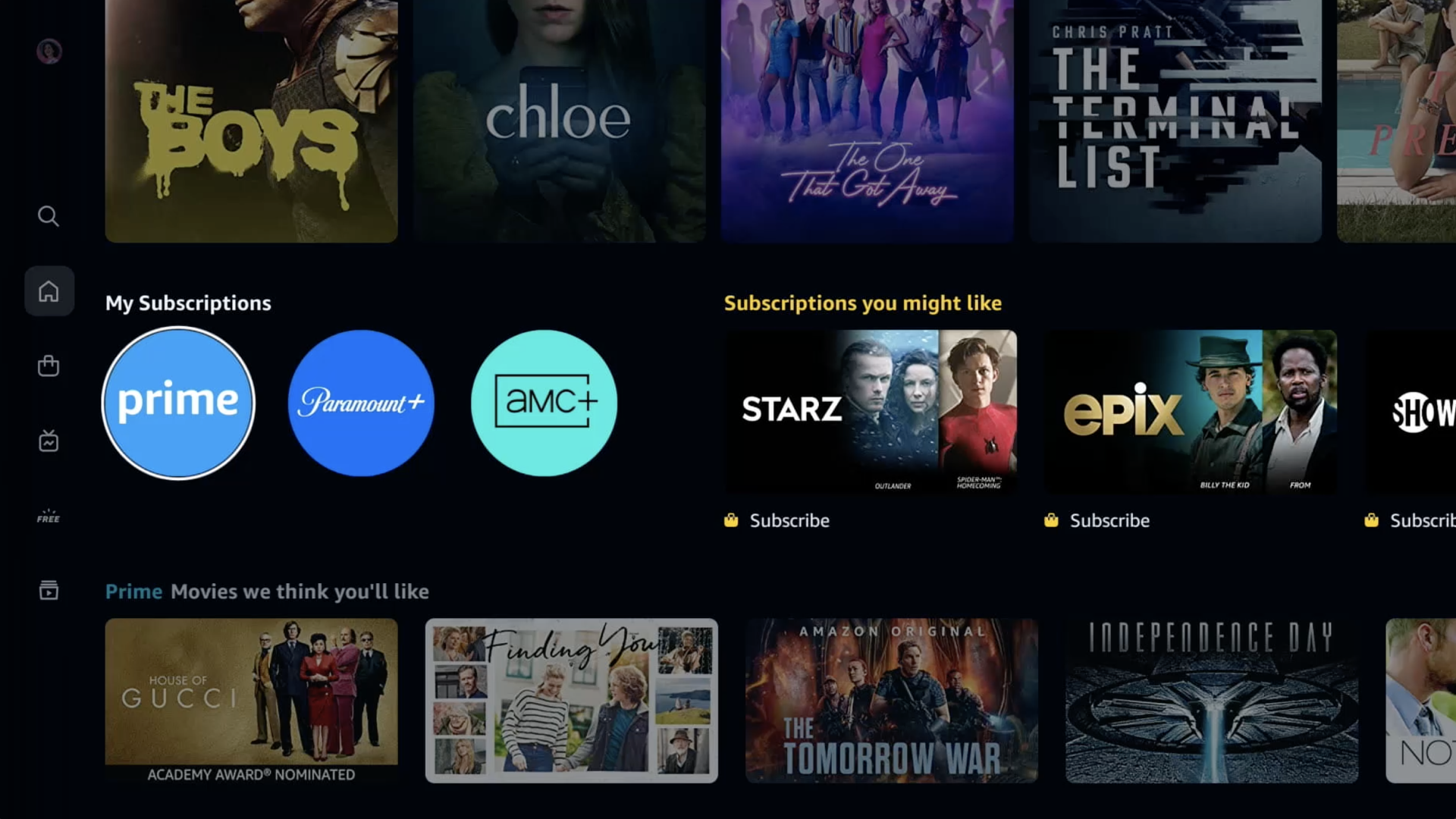 The new find menu now shows title suggestions as you type, and you can also filter out suggestions by categories, genres, or titles available in 4K. These search filters were already available on the web and on mobile apps, but now they’re rolling out to the big screen.

The Sports tab is a completely new addition to Prime Video that will help you find live sports, replays and highlights of recently concluded matches and documentaries. There is a carousel to navigate to different leagues available in your region too. While Amazon has a sizable catalog of sports documentaries — including its own All or Nothing series — there was no easy filter or button to find the related content. You had to manually search for these titles or pray that one of them turned up in suggestions.

Amazon has also refreshed the Live TV tab design with a channel guide interface available by default so you can switch to the content your subscribed channels are showing right now. Currently, the live TV interface is not ubiquitous across platforms and it takes a few steps to find the program you want to watch. What’s more, the Live TV screen features upcoming live sports from your Amazon Prime and channels subscription. 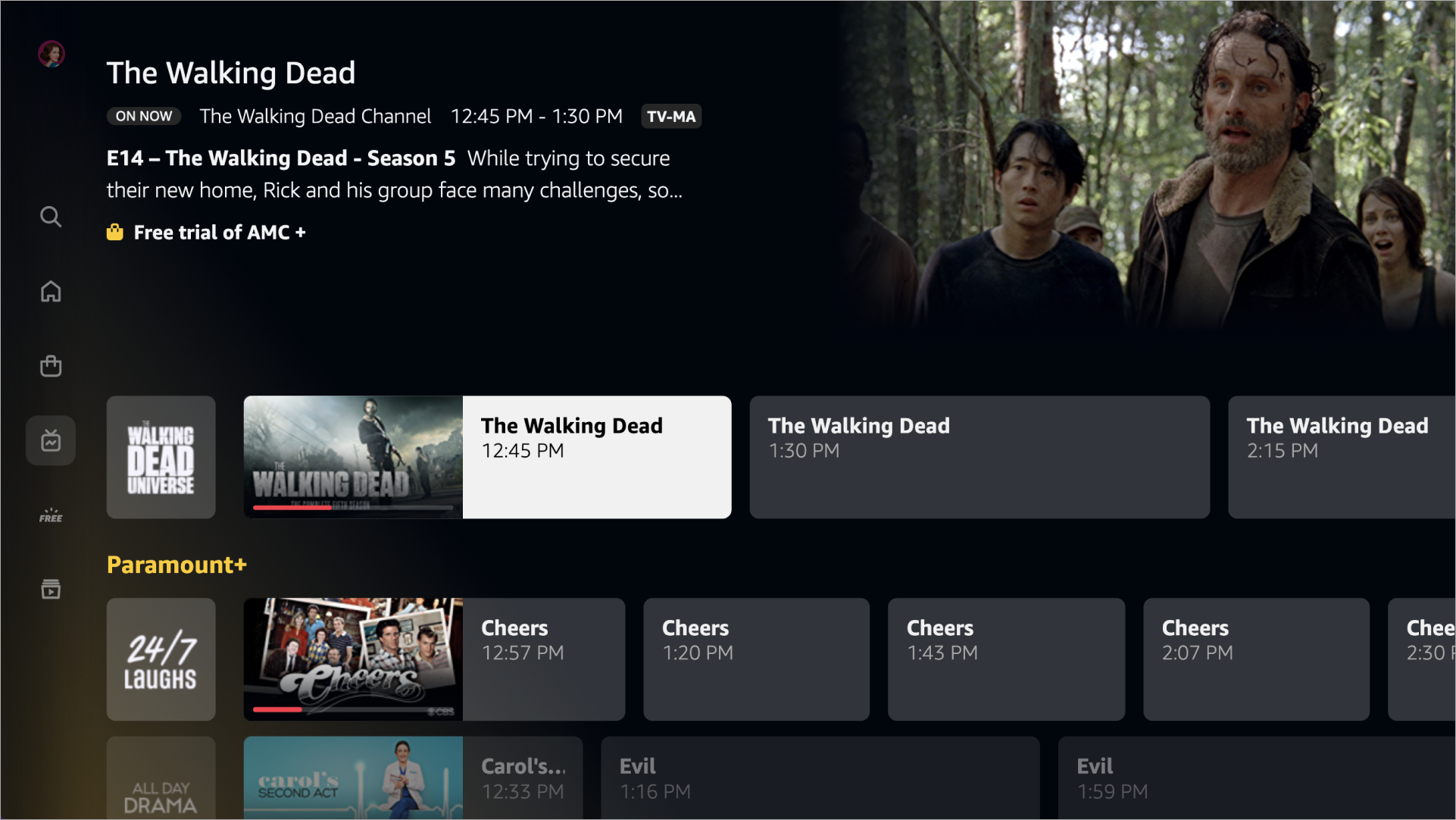 The firm emphasized that with this update, it is clearly marking paid and free titles. It is denoting titles included with Prime Membership with a blue check mark and titles you need to pay for with a golden shopping bag.

While the new Amazon Prime design update is mostly visual, a dedicated tab for sports shows the company is getting more serious about this category. The firm acquired the exclusive streaming rights to show “NFL Thursday Night Football” games last year and will begin showing those matches this year.  The e-commerce giant is aiming to grab rights to show UEFA Champions League soccer in both the U.S. and the U.K. It was also aiming to get five-year streaming rights for the Indian Premier League cricket league last month, but pulled out days before the bidding began.

Amazon mentioned that the interface revamp is geared toward larger screens as it represents the majority of its viewers using that mode of streaming. However, it didn’t mention any details about how many percentages of users watch content using a big screen vs. a small screen globally.

The company’s approach is not surprising as people are spending more time streaming content on a big screen like a connected TV, a smart TV or a gaming console. A report published by streaming data analytics company Conviva in May for Q1 2022 suggested that big screens represented 77% of globally streamed minutes for that period.

“In mature markets like the U.S. and Europe, viewers are upscreening from small devices to Smart TVs, setting the foundation for streaming to overtake linear TV on the big screen,” Keith Zubchevich, president and CEO of Conviva said in the report.