Apple announced Thursday that developers can now use a third-party payment system for the South Korea App Store. The company specified that developers will need to submit a separate binary for iOS or iPadOS “distributed solely on the App Store in South Korea.”

The company said that it’ll charge 26% commission from app developers using third-party payment systems — 1% less than what it charged from the Dutch dating apps using a similar method. Apart from that, app developers choosing to target their apps for the South Korea app store should file an entitlement form before getting started. It also recommended developers to use one of the pre-approved payment processors, including KCP, Inicis, Toss and NICE.

“To comply with this law, developers can use the StoreKit External Purchase Entitlement. This entitlement allows apps distributed on the App Store solely in South Korea the ability to provide an alternative in-app payment processing option,” Apple said.

Apple’s condition of submitting a separate binary is similar to a solution it suggested in January for Netherland’s dating apps using third-party payment systems for in-app purchases. However, after pushback from Dutch regulator ACM, the company dropped the requirement of submitting separate binaries.

The company’s new rules for app distribution on the South Korea app store also include a condition that you can’t use Apple’s in-app payment system if you’re using an alternative payment solution. Developers will also have to include a modal sheet in the app in English and in Korean to inform users that they won’t be using Apple’s in-app payment system and won’t be able to use some of its features like Family Sharing. 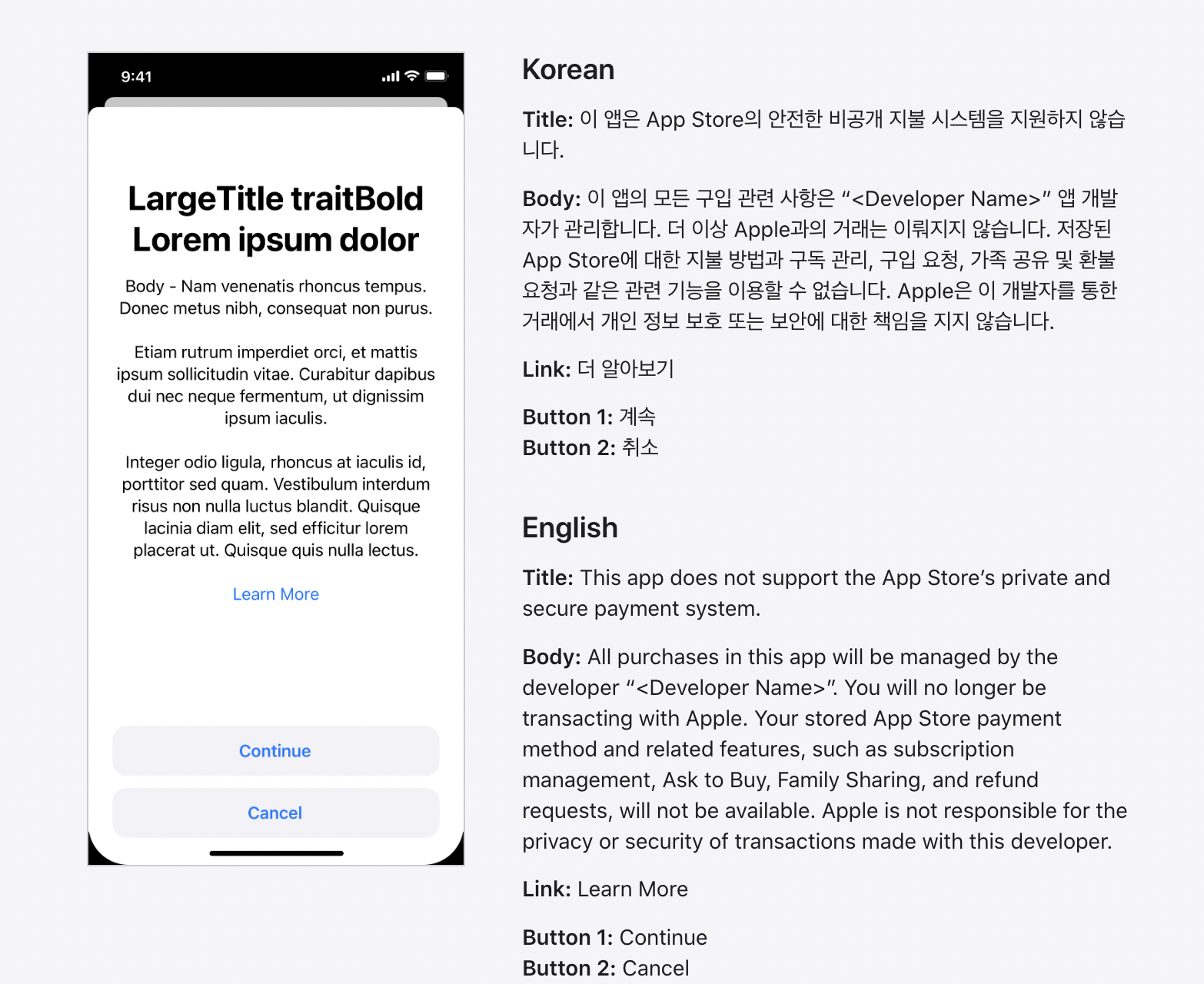 “If you’re considering using this entitlement, it’s important to understand that some App Store features, such as Ask to Buy and Family Sharing, will not be available to your users, in part because we cannot validate payments that take place outside of the App Store’s private and secure payment system,” the company informed developers in a statement.

The Cupertino-based firm warned developers that if they use alternative payment options, they will have to be responsible to handle customer queries including refund requests and subscription management.

Apple is using the same playbook in South Korea as in the Netherlands to make developers work hard if they want to use third-party payment systems. It’ll be interesting to see if the Korea Communication Commission (KCC) will accept Apple’s proposed changes, or like ACM, it will ask the company to make these rules more developer-friendly.

Update July 4: Updated the story to reflect we didn’t get any comments from KCC or Apple.