Apple today announced the M2, the first of its next-gen Apple Silicon Chips. Back in late 2020, Apple announced its first M1 system on a chip (SoC), which integrates the company’s customized ARM-based CPUs with its GPUs, Neural Engine for AI applications, Apple’s Secure Enclave and various signal processors and I/O controllers. The chip made its debut in the MacBook Air, 13-inch MacBook Pro and Mac mini. Since then, Apple launched the more powerful M1 Pro, Max and Ultra variants and the SoC can now be found across Apple’s line of laptops, as well as its desktops, including the new Mac Studio for professional users.

It’s maybe no surprise then that a year and a half after first announcing the M1, the company is now using its WWDC conference to highlight the next generation of its Apple Silicon. The M2 was already rumored to make an appearance at Apple’s last hardware event, but instead, we got the M1 Max and Ultra. 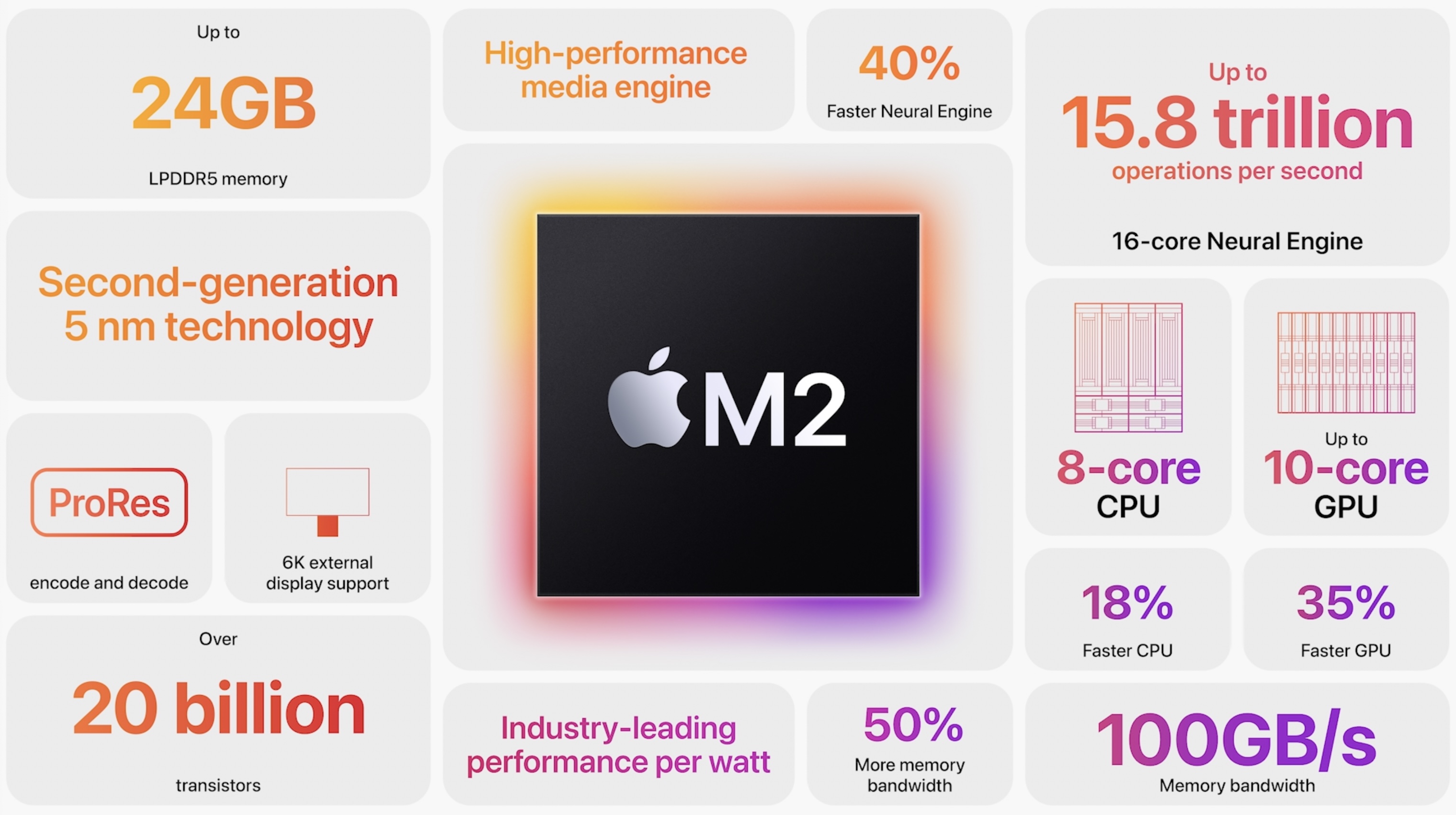 With the M2, Apple noted that it focused on power efficiency in designing the chip. The company is using a 5 nm technology to build the chip, which features an 8-core CPU and 10-core GPU, for a total of 20 billion transistors. The memory controller offers 100GB/sec of unified memory bandwidth — 50% more than M1 — and can support up to 24 GB of memory.

Apple also compared the M2 chip’s performance and power usage to a 12-core PC chip. The company argues that for the same performance, the M2 only uses one-quarter of the power. The CPU is “only” 18% faster than the M1, but that’s still a big leap in the CPU business where performance improvements these days tend to be in the lower single digits. 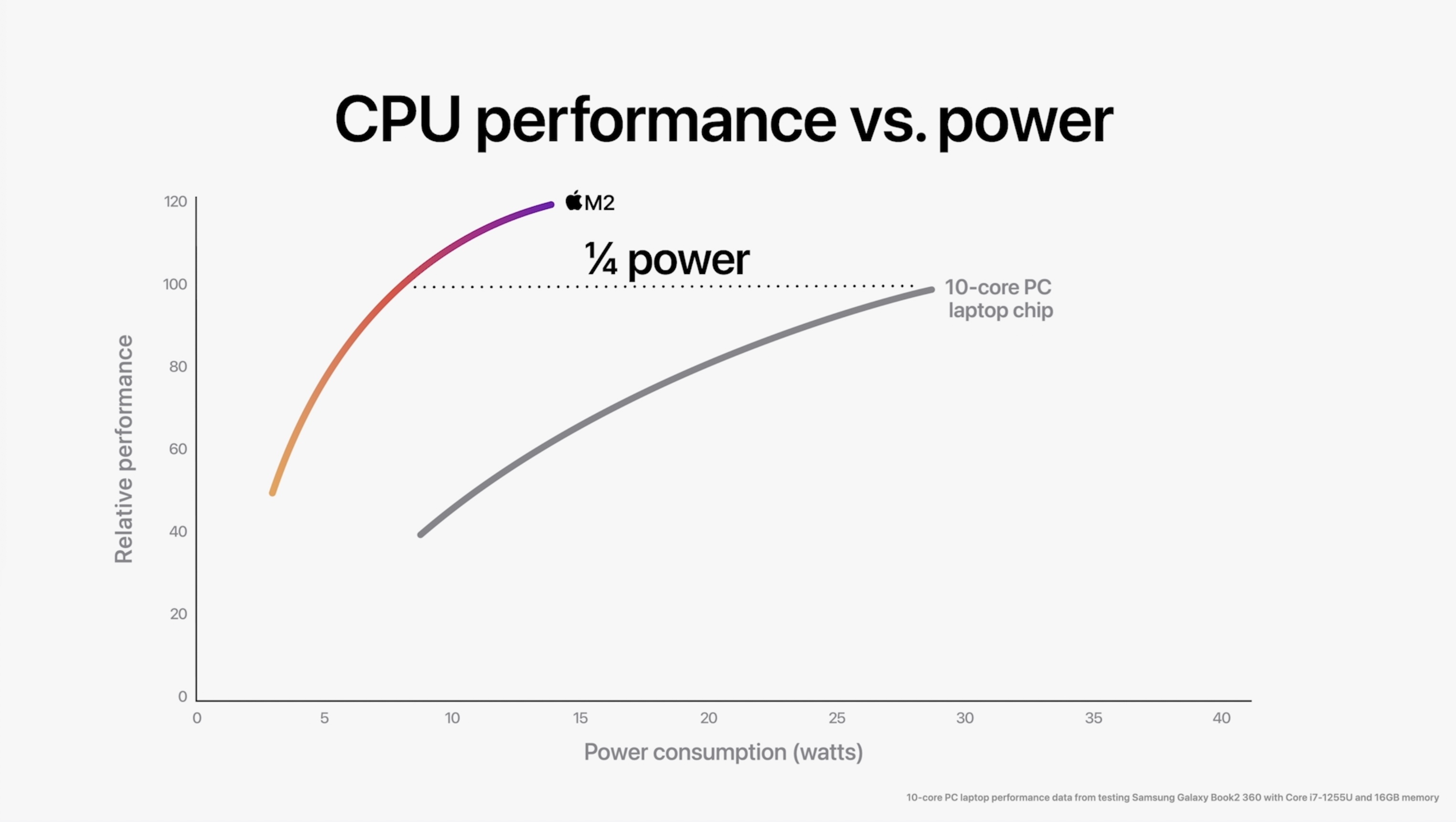 On the GPU side, the M2 now features 10 cores, two more than the M1. This gives it 25% more performance at the same power level as the M1 and 35% more at peak performance. 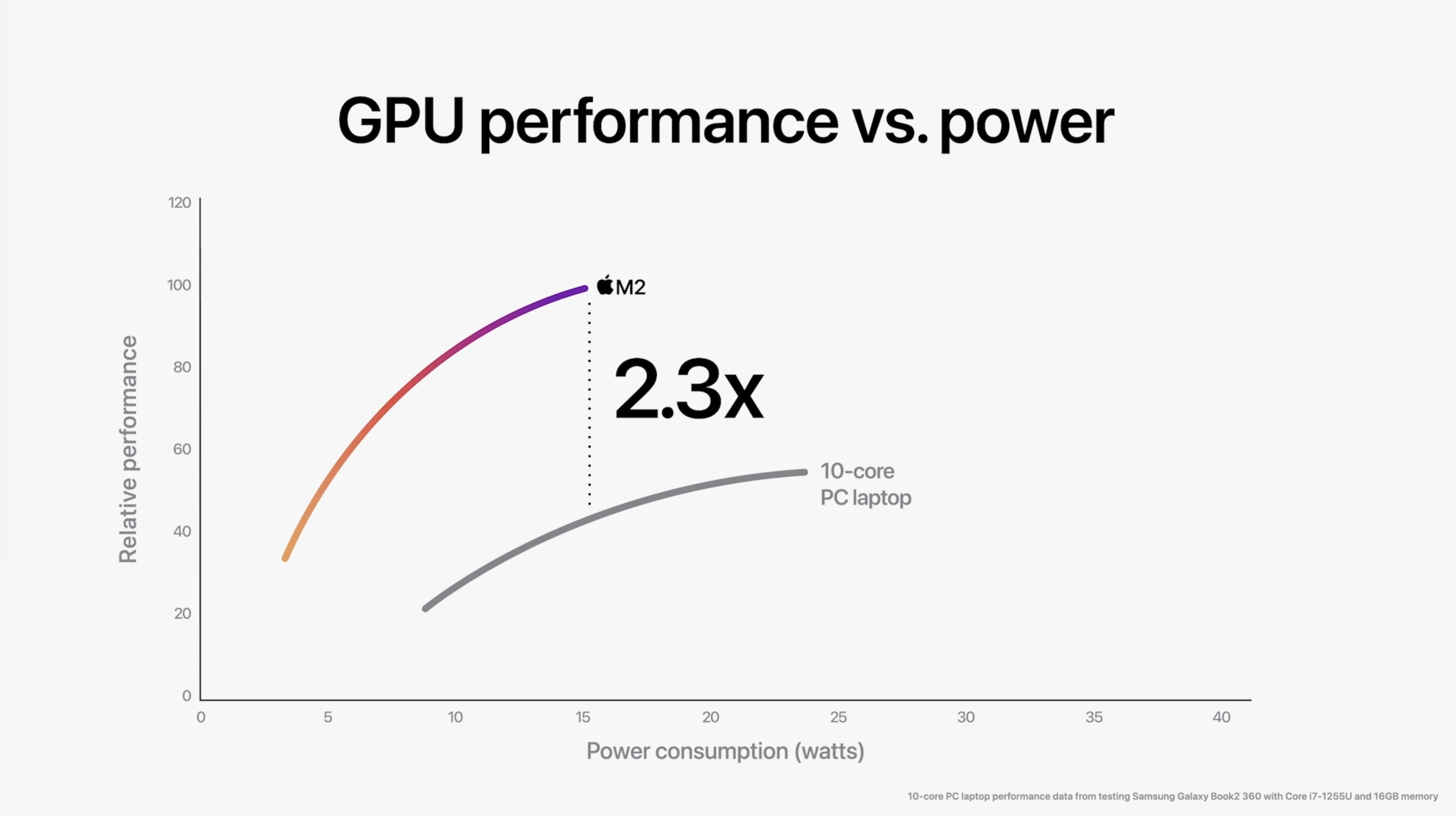 Meanwhile, the M2’s neural engine promises to be 40% faster.

Like with the M1, the M2 will make its debut in the new Macbook Air and Macbook Pro. There’s no word yet on other M2 variants, but I don’t think anybody would be surprised if we saw an M2 Pro, Max or Ultra within the next year or so.