Fintech has a fragmentation problem — as the number of fintech products has grown, so too has the number of integrations each service has with others. Developers now oftentimes have to manage numerous third-party integrations with other platforms, such as payments processor Stripe and banking API Plaid, as part of their own company’s fintech stack.

Meld, founded last year, provides a “Fintech Stack as a Service” for developers to manage the chaos of integrating with various service providers, CEO and co-founder Pankaj Bengani told TechCrunch. By bringing all of these services together into a single API and dashboard, the company says it reduces the friction fintech-based businesses face when launching new products and expanding into new markets, allowing them to scale more easily.

Bengani, who previously ran Square’s platform and partnerships team, said he noticed while he was onboarding developers there that they often had to spend more time building and managing third-party integrations than on developing their own products. Fragmentation in the industry was increasing, too.

“You would think that every payment would go to one or two providers, but it turns out that whether it’s crypto or fiat payments or bank linking — those are areas we were focused on — there’s a continuous explosion of services,” Bengani said.

Meld’s customers bring their own third-party service providers onto the platform, and Meld is responsible for integrating each service provider onto the singular API and dashboard the customer uses.

“[Our customers] have the relationships. We’re just enabling them to route [their workflow] so they don’t have to build integrations. [Otherwise], they’d have to pull the transaction conversion data back, and they’d have to manage whether that data is going to a unified dashboard, so we’re going to help them with that,” Bengani said.

The product is already live for customers and Bengani said the company makes revenue today, though he declined to share specific numbers regarding either metric.

Bengani said the company has onboarded about 30 service providers so far, and it plans to have “hundreds” on its platform by the end of this year. Each time a new service provider is added to Meld, that integration becomes available to all Meld customers who work with that provider, he added. The first time Meld brought on a service provider, the integration took a couple of weeks, according to Bengani, who expects to cut that onboarding time down to a week “in the next two or three months.”

Meld has 11 employees today and is looking to grow. The company just came out of stealth and announced it has raised an $8 million seed round led by Coatue, which Bengani said closed during early Q2 last year. More than 20 angel investors also participated in the round, including DoorDash exec Gokul Rajaram, early Uber leader Emil Michael and Square executive chairman Jackie Reses, according to the company.

“With Meld, developers can more easily scale to support multiple integrations at the intersection of both web2 and web3 experiences, in turn enabling them to scale their product across geographies and use-cases,” Coatue’s Michael Gilroy, who led the firm’s investment in Meld, told TechCrunch in an email. 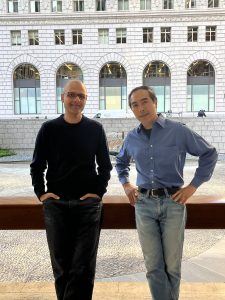 Bengani said Meld’s near-term goal is to improve transaction volume and conversion rates for its customers. In the long-term, it hopes to help more fintech companies launch and reach different user groups around the world, which Bengani sees as integral to the overall growth of the fintech industry.

“We’re building integrations that help developers manage their fintech stack. I think that’s really important and really just focused on that. But if we earn the right to be around in five or 10 years, hopefully, we will be a small part of [the growth of] financial services,” Bengani said.