The digital transformation of banking and payments services is a red-hot trend that’s shown no signs of slowing down. Banking-as-a-service (BaaS) products like Synapse, Unit and Bond have helped fuel the shift by allowing companies to quickly spin up new financial services using APIs.

NovoPayment is a global BaaS startup based in Miami that has largely been focused on offering its API platform to customers in the Latin American market. It has developed a full-stack, multicurrency solution with three main categories — data banking, payment infrastructure and card solutions, its founder and CEO Anabel Perez told TechCrunch.

Founded in 2007 by Perez and Oscar Garcia Mendoza, who now serves as chairman of NovoPayment’s board, NovoPayment had been bootstrapped since inception until it raised its Series A round earlier this year, the company announced today. It previously raised a seed round of undisclosed size from its own founders, but the $19 million Series A marks its first institutional fundraise, according to Perez, who worked as a banker in Venezuela for two decades prior to launching NovoPayment.

Fuel Venture Capital and IDC Ventures co-led the Series A round, joined by Endeavor Catalyst (the venture firm Endeavor’s co-investment vehicle) and Visa’s venture arm, according to the company. The fundraise marks a personal achievement for Perez, too, as a Latina female founder with venture backing; less than 2% of venture dollars raised in 2021 went to all-female founding teams, data from Pitchbook showed. 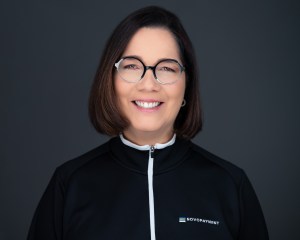 About 85% of NovoPayment’s customers were located in LatAm, in countries including Venezuela, Chile, Columbia, Peru and Mexico as of September last year, with the remaining 15% in the United States, PaymentsDive reported. While Perez didn’t provide an updated breakdown, she said that many of the company’s ~50 current customers, which include banks and credit unions, are present in multiple markets.

“They were in need of a single platform that could help them to launch these new use cases in more than one country,” Perez said.

The company saw its customer count grow by 40% last year and expects to see similar growth this year. Its revenue is in the tens of millions of dollars and the company is in “pretty good health,” Perez added, though she did not provide further specifics on its financials.

It plans to use the new funding to gain new customers, particularly in the U.S. market, as Miami continues to grow as a hub for the financial services sector, according to Perez. The funding will also help NovoPayment add capabilities to its current product for customers in its existing markets and add 100 new hires to its team of more than 340 employees today, she said.

NovoPayment’s integration is its primary advantage in winning customers, Perez said. Financial services providers typically search for technology vendors one by one and only connect these services to one another later as the need arises, a practice that was adopted years ago and has continued over time, she added.

NovoPayment has been focused since its founding on building out a tech stack that ties all the critical processes together for financial institutions to build out their digital banking services, Perez said. Its services are broad and unified so customers don’t need to connect with vendors outside of its cloud, she added.

Because the company has been iterating on its product for over a decade, its product is “better, faster and more cost-efficient” than that of competitors, Perez said. NovoPayment is connected to more than 60 endpoints through its single tech stack, and has no dependencies on other models — a setup that enables its customers to spin up a global bank in less than a month’s time, she added.

“We have invested a lot of time designing and building this platform that not only serves the U.S. market, but also is proven and tested to serve an additional 13 markets across the Americas,” Perez said.