It isn’t easy getting a new plane certified and flying — let alone an autonomous one, and electric at that. But Pyka has done just that, clearly impressing the powers that be enough to raise a $37 million A round and get to work on a new cargo-carrying variant of the Pelican aircraft.

The company raised an $11 million seed round in 2019, and since then has tested and deployed several of its Pelican small aircraft, which can take off, perform complex spraying patterns and land entirely autonomously. It can be checked and operated by a single person. And the benefits of electric versus gas motors hardly need to be explained.

The Pelican is Pyka’s first plane, and they’ve built seven of them so far (in addition to five smaller Egrets; three are in active use in Latin America, where CEO and founder Michael Norcia said the frequency of spraying is higher due to pest pressure on crops.

“Brazil is probably the most relevant market for this technology, in terms of the intersection of huge market, intense spray work because it’s tropical and more of an appetite to foster new tech,” Norcia told TechCrunch. “The regulators are smaller, and want to push autonomous solutions forward because it could have a meaningful impact on their country.”

Feedback from the early deployments of Pelican prototypes has led the company to make a few changes. “But we’re design freezing it,” Norcia said. “The next one we build will most likely be the one we go with for certification in the U.S. and Brazil.”

Specifically, he explained, it’s “type certification,” though the planes are cleared to operate in other ways already. Being type certified will help scale up quickly; “It’s the ultimate in rubber stamps,” he said.

This newest version of the Pelican differs pretty significantly from the early models, with larger wings, a stronger structure, bigger batteries, improved payload capacity and more. (Sadly they don’t have any good photos of the latest version yet.)

“But one of the most exciting things is the new aircraft has zero single points of failure; there’s no single system that if it fails, will lead to a catastrophic event. That’s pretty cool! And it’s not easy to do that with an aircraft,” Norcia said.

The new model has four motors instead of three, and it can run like normal if any one of them fails. It also has three elevators, again allowing any to fail and still operate as normal. The plane also now has a parachute that will help it float to a soft belly landing. Making the flight control system itself redundant was more of a challenge, but they added a high-reliability, narrow-scope backup unit that can finish the job for sure if the main one has a fault. 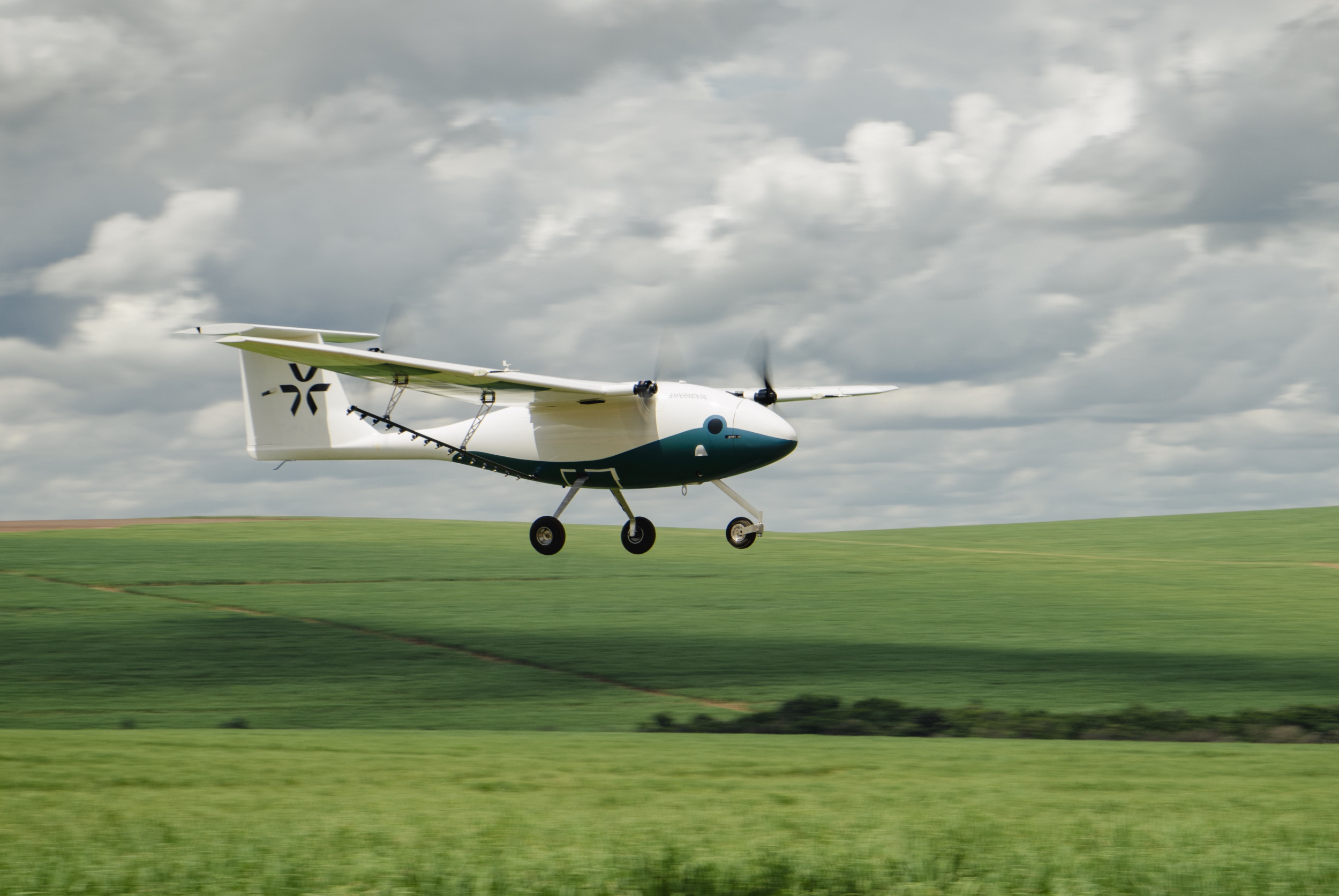 But while getting to this final version of the Pelican in crop duster configuration is good, it’s not the endgame.

“Our master plan is and always has been to leverage the technology we’re developing in agriculture for larger markets, so cargo and eventually passenger transit,” Norcia said.

To that end they are working on a cargo-carrying Pelican that will be able to carry 400 pounds of payload up to 200 miles. The plane itself is almost identical except for a larger forward fuselage so it can fit larger items like pallets. Interestingly Norcia said they’ve moved away from their bespoke high-power-density batteries to automotive ones, possibly to simplify maintenance.

They intend to test it out in a low-risk situation like small inter-island commerce, making daily deliveries to places that normally would wait a week or more for a larger, piloted plane to load up enough to justify the trip. Even then it’s quite expensive.

Daily autonomous flights could change the economies of smaller islands where communities or tourist destinations are located — if your groceries only come once a week that kind of limits the menu. But every day? Fresh milk and fruit for everyone, not to mention mail, medicine and other must-haves.

The company is aiming for first flight of Pelican Cargo in four months, and plans to deliver the first plane to its new tropical home before the end of the year.

As for the money they raised, it will largely go toward boosting manufacturing capabilities, allowing Pyka to build a Pelican a month and get them out the door to waiting customers. The round was led by Piva Capital and Prelude Ventures.