The company formerly known as Facebook is about to have an IRL shop.

Meta will open the doors to the Meta Store (almost typed the Meat Store, that’s a very different store — really sort of the opposite) on May 9. The company’s debut shopping experience will be located on the Meta Burlingame campus, home of its Metaverse-focused Reality Labs division, and will be open Monday through Friday. 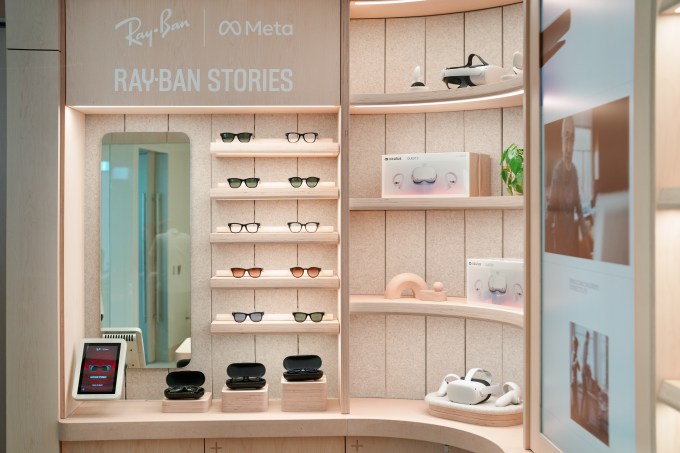 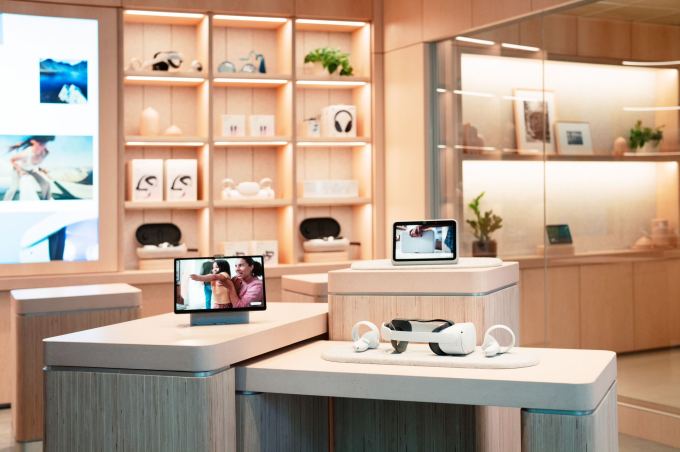 Customers can try out Meta’s various hardware at the store, including the Portal, Meta Quest 2 and Meta’s less feature-rich reimagining of Google Glass, Ray-Ban Stories. While Meta will sell the first two directly in-store, you’ll still have to order the smart glasses through Ray-Ban via a salesperson. The company is also revamping Meta.com with a new tab for shopping online so you don’t have to leave your house for a full-featured brand experience.

Mark Zuckerberg pretty much let the cat out of the bag on this one last week in an Instagram post depicting him doing VR much like anyone might, in a futuristic Apple-like retail environment with a huge wraparound screen and Nikes, like any person might wear. The company has apparently been interested in retail stores since at least 2020, according to a report from The New York Times, which accurately detailed many of the forthcoming store’s specifics late last year.

But, isn’t this the metaverse, one might ask? The mostly theoretical web of virtual identities connecting us to digital retail experiences, and in turn ourselves and one another? Well, you can’t very well sell people stuff in the metaverse without getting people into the metaverse, so Meta has every reason to get its VR hardware in particular out into as many hands as possible. In that sense, it’s sort of surprising that Meta/Facebook didn’t already have a brick-and-mortar store. Now it does.