SpinLaunch aims to change how we get to orbit by shooting payloads skyward from the surface at 5,000 MPH, and now it has a shiny new NASA contract to show off its capability later this year.

We’ve been hearing about SpinLaunch for years, but until fairly recently its idea for accelerating mass to orbit by means of a sort of underground centrifuge was, shall we say, only lightly substantiated.

It works by using a rotating arm in a large vacuum chamber, spinning faster and faster until the vehicle it’s holding is finally let out of an exit tube. In some ways a simple idea (essentially a giant sling), it is of course not so simple to engineer. But test launches starting late last year showed that they could at least fire a payload at over 1,000 MPH to around 30,000 feet and recover it.

The system is a work in progress but the prospect of reducing the fuel and mass of even suborbital payloads by more than half is clearly enticing to NASA, which signed a Space Act agreement with SpinLaunch to test it out. 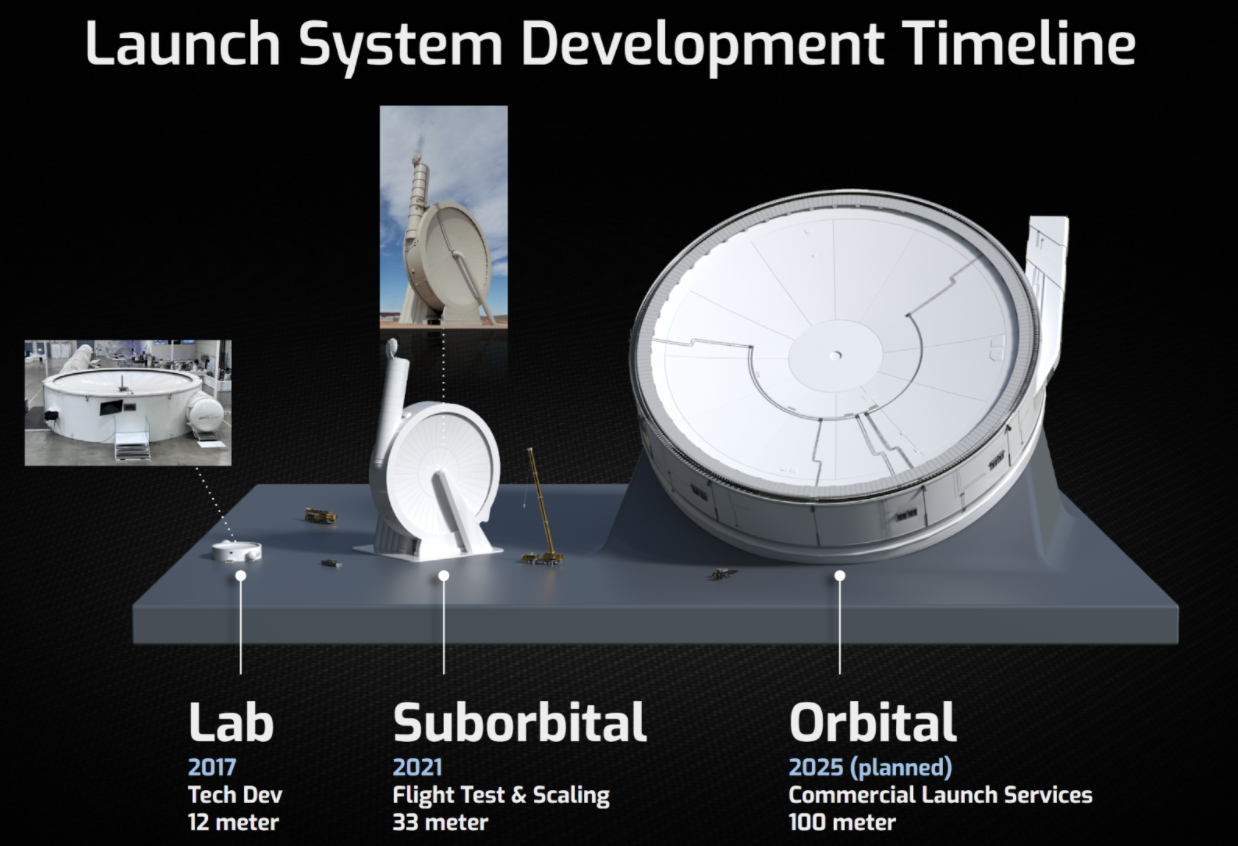 A test deployment is scheduled for later this year, when SpinLaunch will send a NASA payload up at supersonic speeds and recover it shortly thereafter. The two organizations will then examine the performance of the mission and evaluate its usefulness for future launches, as well as publishing any non-confidential results online.

The payload will be launched at about Mach 2, contained in a 3-meter test vehicle that looks a bit like a torpedo; it will deploy a parachute once at the desired altitude and float to a soft landing. The 33-meter test facility where it will take place is located near Spaceport America in New Mexico.

A SpinLaunch representative said the company plans to test at velocities as high as Mach 6 (around 4,600 MPH) later this year. They expect the full-scale 100-meter launcher to be operational in 2025.