At its Team ’22 conference today, Atlassian announced the launch of Atlas, a new service for cross-functional team updates it previously offered as a beta under the name “Team Central.” The service is meant to be a central repository for what teams are working on — with those updates limited to a Twitter-like 280 characters.

“When the pandemic hit, this digital acceleration that we were already experiencing went into super high gear. People adopted whatever tools they needed to get their job done in this incredibly chaotic manner, but it kept people working, I think it probably kept people safe and alive — but it introduced an accelerated amount of chaos,” said Erika Trautman, the VP of Product, Work Management for Atlas. 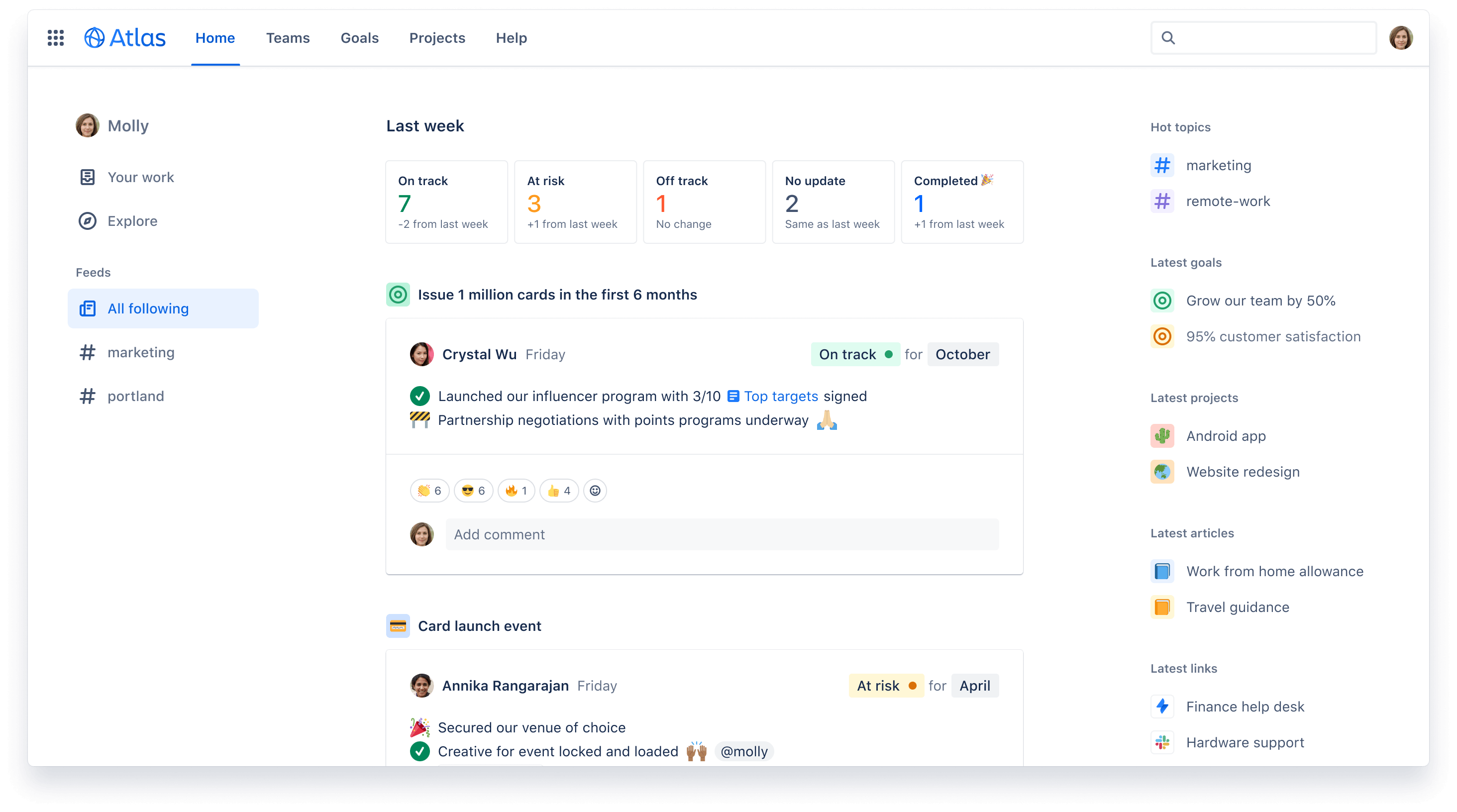 Because of this chaos, information often ends up all over the place and nobody really knows who is doing what anymore. As Trautman noted, a lot of companies tried to get everybody on a single platform to bring more structure into their processes, but in her view, that’s just not how people work. At best, you end up with a compliant workforce and average outcomes, she noted, with teams using tools that may not offer the specialized capabilities they need to do their best work.

So with Atlas, Atlassian built a tool that can connect teams and rein in this chaos but still allows them to work with the best tools for their jobs. The idea is to provide teams with information about what everybody is working on and connect those updates to specific cross-team goals (like Epics in Jira Software). Users can post their updates in Atlas itself but also connect to the likes of Jira or Trello to post them. There are also integrations with Slack and Microsoft Teams, both for sharing updates, getting reminders and receiving digests of what everybody is doing. 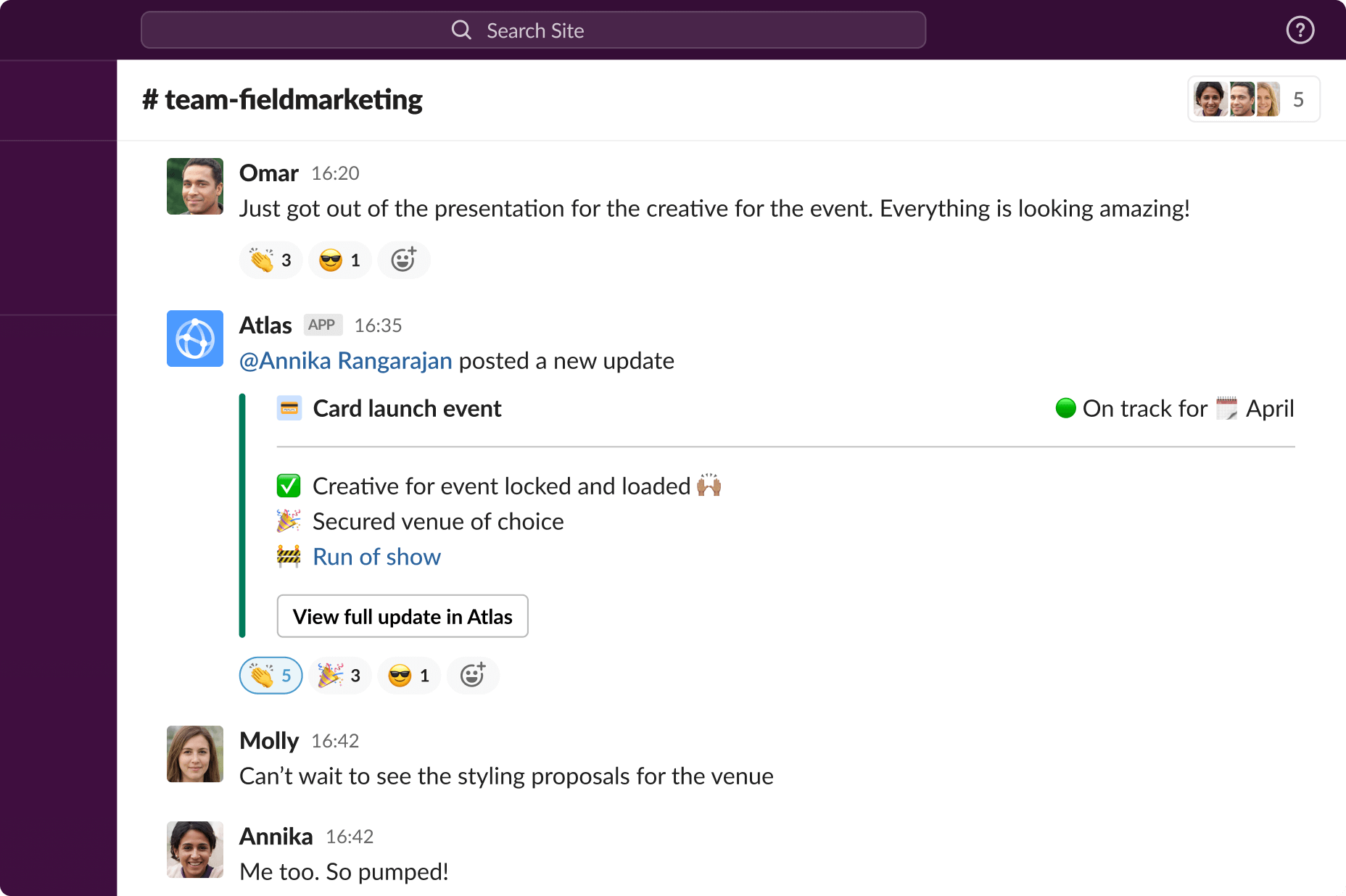 Those digests are a key feature, by the way. By default, Atlas will ask teams to post updates on their work every week and update their goals every month (and if they feel like it, they can include videos, images and GIFs, too). Every Monday, users will receive personalized digests in the channel of their choice with updates on the projects they follow.

Every user also gets a personalized profile with their own projects and goals so other employees can see what they are working on — and there is a team profile, too.

Sherif Mansour, a distinguished product manager at Atlassian, noted that the company has already been working with the likes of Warby Parker, Canva, LaunchDarkly and a “popular streaming company” on testing Atlas. At many of these companies, a marketing team may be working in Trello and the software team in Jira and the HR team may use yet another service. “It actually doesn’t matter anymore, because they all say what they’re working on, how it’s connected to the other piece of work and they all have a common vocabulary,” he explained.

As an added bonus, he said, a tool like Atlas also replaces “a crap ton of status meetings that nobody likes” and the annoying spreadsheets that product managers often send out to teams to fill out (only for them the mysteriously disappear). 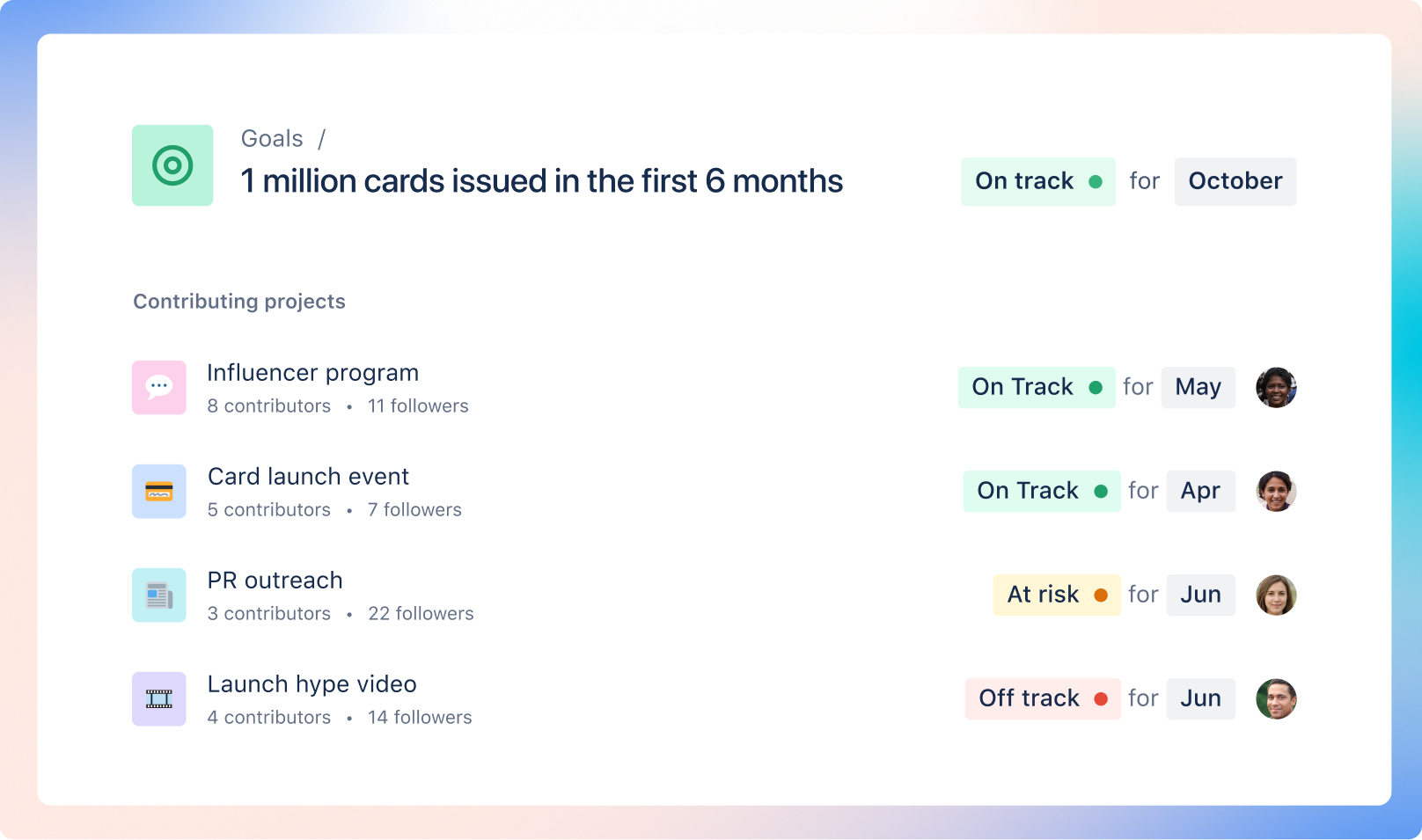