I must confess, the iPad Air was a bit confusing to me at first. With each passing addition to Apple’s iPad lineup, they fill out more of their pricing umbrella, leaving less room for competitors. But they also make the lineup more complex.

For a consumer looking to buy the right device, this year’s iPad is a bit of a confounding fit. If you want the cheap one, you buy the regular iPad. It’s the one you buy your kids. The iPad Pro is an easy choice for the high end. Somebody who’s in an office or a creative or someone using it as a laptop replacement.

The iPad Air, now equipped with Apple’s M1 chip, is more powerful than ever. Its performance rivals that of the iPad Pro in almost all but the most intense operations. Benchmarking shows it to be the beefiest performance option for people right in the middle of the lineup, about $200 cheaper than the iPad Pro. So what don’t you get for $200 less? You don’t get the smoothly adaptive 120hz-capable ProMotion tech in the display. You don’t get the enhanced camera array of the iPad Pro.

You also get roughly half the storage. This is probably the biggest Achilles’ heel of the iPad Air when it comes to placing it in the lineup. With such a…reasonable difference in price to the next iPad up in the line it’s easy to see why it only has 64GB of storage at the base configuration. But above the base it gets tough very fast seeing why you wouldn’t jump to the iPad Pro.

Let’s pull that apart a bit more, but first let’s run down the new stuff and how it works.

First, you get M1, Apple’s first generation of “in house” silicon. It rips. You’re looking at essentially the same performance as the iPad Pro lineup, which got M1 last year. And a roughly 60% speed bump over the previous iPad Air. The scores also rival those of the M1 MacBook Air, which isn’t too surprising — though it is nice to see that there is not any significant throttling here on the mid-range iPad.

The front camera has gotten a 12MP upgrade too — and is definitely improved from the previous Air. FaceTime gets that nice Center Stage enhancement we saw come through on the iPad Pros last year too. As I said in my review of those, this is a pretty huge quality of life improvement for those who video chat a lot, as the auto-crop and tracking feature mitigates the odd left-hand side placement of the camera when the iPad Air is in landscape mode. The angles feel more natural and less awkward overall. The color and contrast of the video call quality is improved as well.

All of this adds up to make the iPad Air one of the better and more versatile FaceTime devices Apple has currently on the market.

I think the color this year also deserves an honorable mention. I was testing the blue model and it’s one of the better, prettier blue finishes they’ve ever done. Bright and sparkle-rich, it’s really nicely executed. I was a bit skeptical of the colors watching the keynote, but in person it’s really good. 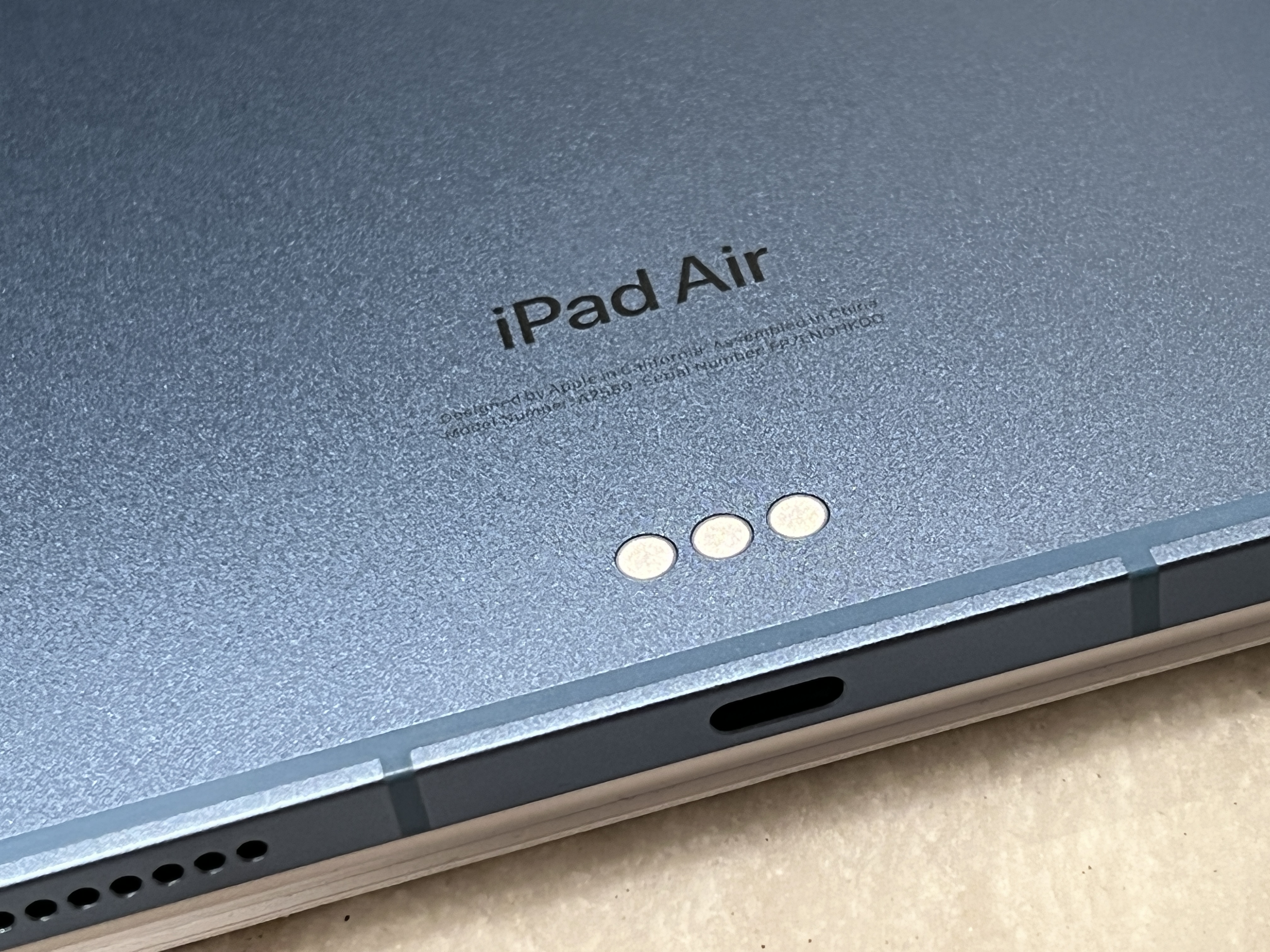 Touch ID still works as fast as ever, and with the prompt to register two fingers at startup, it should be very simple for a new user to unlock the iPad in either portrait or landscape modes without any awkward gymnastics. It can’t beat Face ID for convenience and seamlessness, but its inclusion in the power button makes it a fairly minor difference for most users.

The switch to USB-C across Apple’s non-iPhone portable lineup came to the iPad Air in 2020. As USB-C proliferates throughout the broader industry, this makes it easier than ever to charge your iPad wherever needed. I tested the desktop sync and transfer and found it much quicker than a Lightning-enabled device. But I’d guess that the number of casual consumers doing this falls every day. Instead, this is far more important for institutional customers that may wipe and reinstall docked iPads regularly for maintenance and deployment using MDM solutions. Those customers are likely very pleased that this iPad gets the faster and more universal port.

That last point brings up the nut of the iPad Air’s positioning question: Who is the customer that is going to buy the iPad Air at $600 instead of the iPad Pro at $800?

“The iPad Air has found a nice market with higher education and some parts of enterprises where front-line workers and highly mobile workers need a capable tablet form factor,” said Ben Bajarin, CEO and principal analyst at Creative Strategies, about the market for the Air.

“The new iPad Air, with M1, could appeal to even more enterprise buyers thanks to its increase in performance and stellar battery life.” 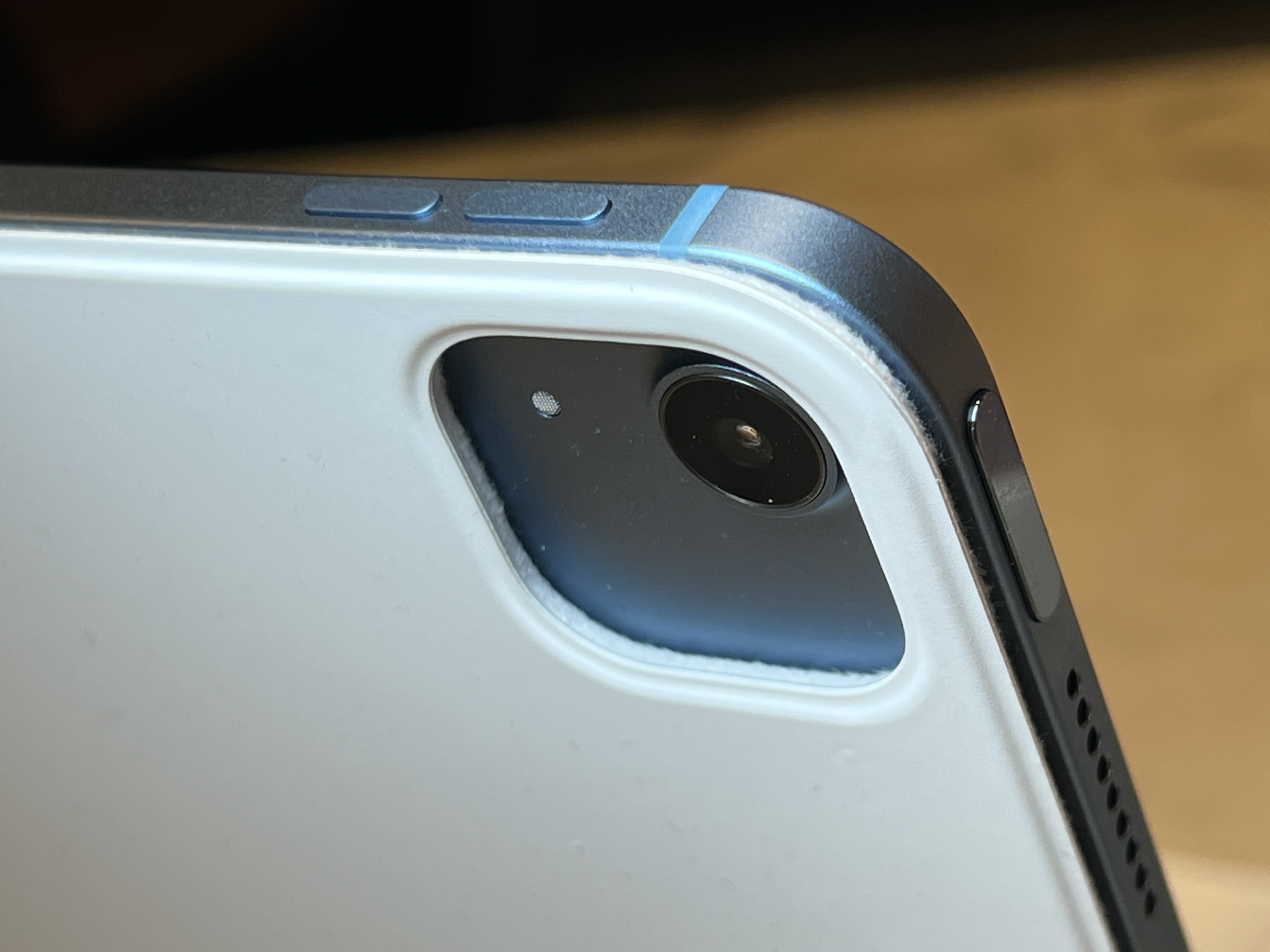 Now I think it’s also important to note that $200 is $200. This is a not insignificant amount of money. And, if as Ben notes, many of the customers for this device are buying for large-scale deployments, then those dollars add up fast.

And if an individual buyer is on a budget and just can’t quite stomach the idea of the $100 price tag of the pro, this plus a keyboard will get you 90% of the way to what the Pro offers. If you’ve never had ProMotion, you probably won’t miss it. If you have, however, it will be a big loss. Testing this alongside the iPad Pro shows that ProMotion provides a distinct edge in usability, especially long sessions of browsing, gaming or drawing. There’s a reason that the higher-end display is more expensive and harder to execute. It’s just better. However, color rendition and other aspects of Apple’s Liquid Retina display show off well here.

Because the iPad Air and the 11-inch iPad Pro are so close in price and capability and the iPad Mini follows close behind in price, the lineup starts to feel a little bit crowded in that above-$400 range. However, pricing positioning aside, the iPad Air is an extremely capable, solid feeling and pleasant to use device. Once again, if you have never had the chance to use a screen with ProMotion, especially one larger than 10 inches, then you may not notice the difference here. 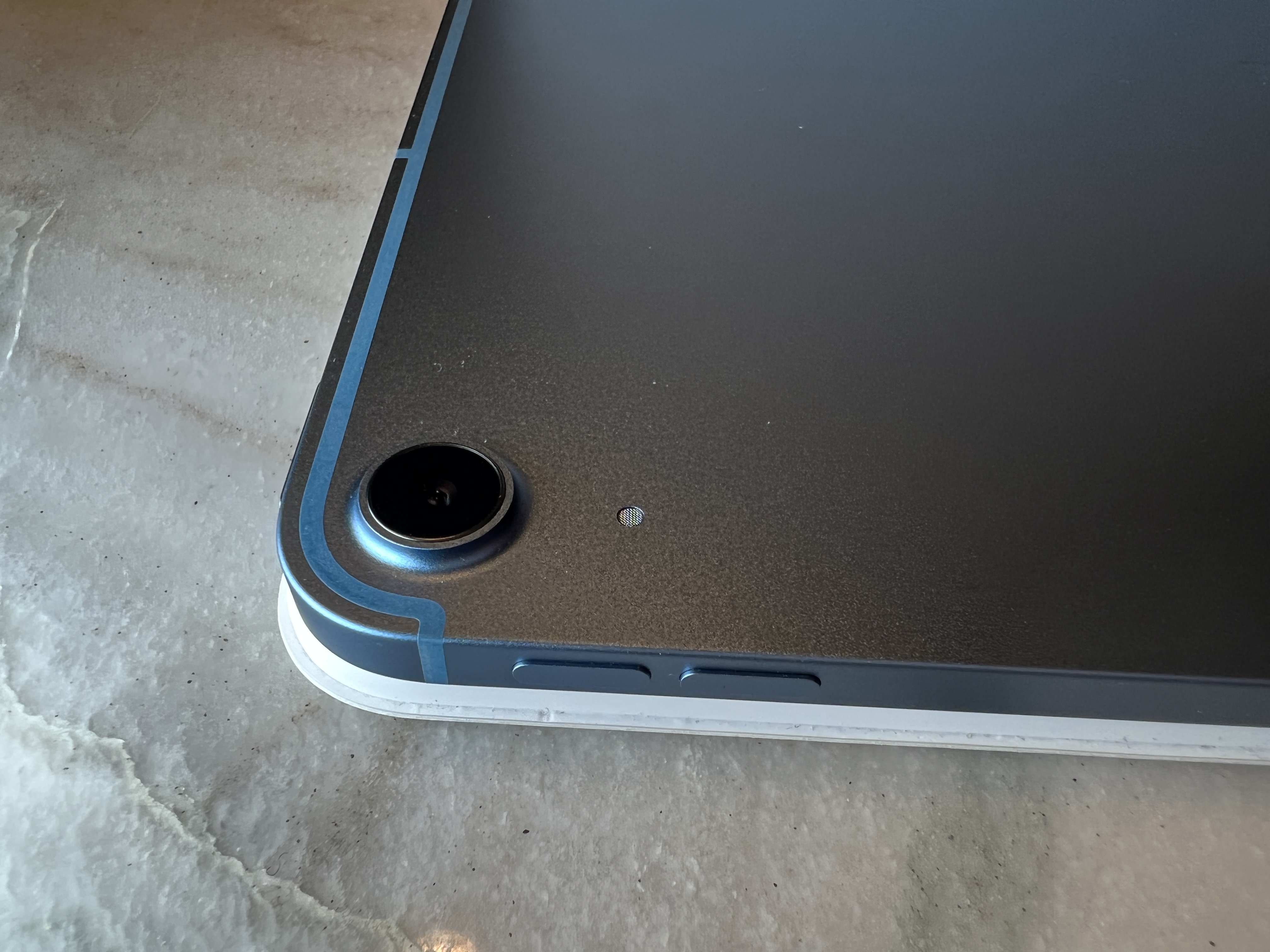 One reason the iPad lineup feels a bit crowded right now is that we haven’t yet seen what the 2022 versions of Apple’s iPad Pro models look like. It’s quite possible that come Q3 we’ll see new models that add enhancements and maybe even widen the delta on price a tad between the smaller iPad Pro and the iPad Air.

The introduction of the iPad mini last year could give us a clue here. Sure, you don’t get the magic keyboard, but if you’re primarily reading books, or watching video or using it as a travel device for media consumption, the mini is an amazing option. Because it’s not the cheapest iPad, the mini exists in an interesting kind of limbo that allows it to be more expensive and therefore more capable — without really competing with the low end iPad at all. The iPad Air however, competes with the Pro above and the mini below at the same time.

And this year, as every year, we circle back around to the fact that Apple’s tablet lineup really is the only thing on the market worth purchasing at all. Even if you’re an Android-centric phone person, or like to experiment with other platforms, there simply is no other tablet option on the planet that offers anything like the capability, usage and reliability of iPad.

That makes the Air an interesting central focal point that, despite its similarities in price, could end up being one of Apple’s best sellers aside from the entry level 9th generation iPad — which remains its high-volume play. That said, the 11″ iPad Pro remains close enough in price to tempt some less budget-conscious users, given the storage and better screen.

The iPhone SE is the platonic ideal of a smartphone