Virtual reality is about to launch in series production cars this summer, starting with Audi sedans and SUVs.

Holoride announced Saturday at the SXSW tech, music and film conference in Austin that its headset-based virtual-reality entertainment system will debut in June in certain Audi models with the latest MIB 3 software. The announcement is a milestone for the startup that spun out of Audi several years ago; it also signals an increasing interest among automakers to find new ways to capture the attention of consumers.

The Holoride system intertwines backseat passengers’ physical world with augmented reality for a motion-synchronized journey as the car moves along. The system is brand-agnostic, which means other automakers can support it, too.

Holoride’s partnership with Terranet, a Swedish ADAS software development company, allows for the VR system’s sensors and software stack to capture and interpret the environment quickly and accurately. Terranet’s VoxelFlow system calculates VR movement based on data points received from the car.

The software to build virtual-reality content for cars is also open source, allowing developers to create content and eventually cash in. 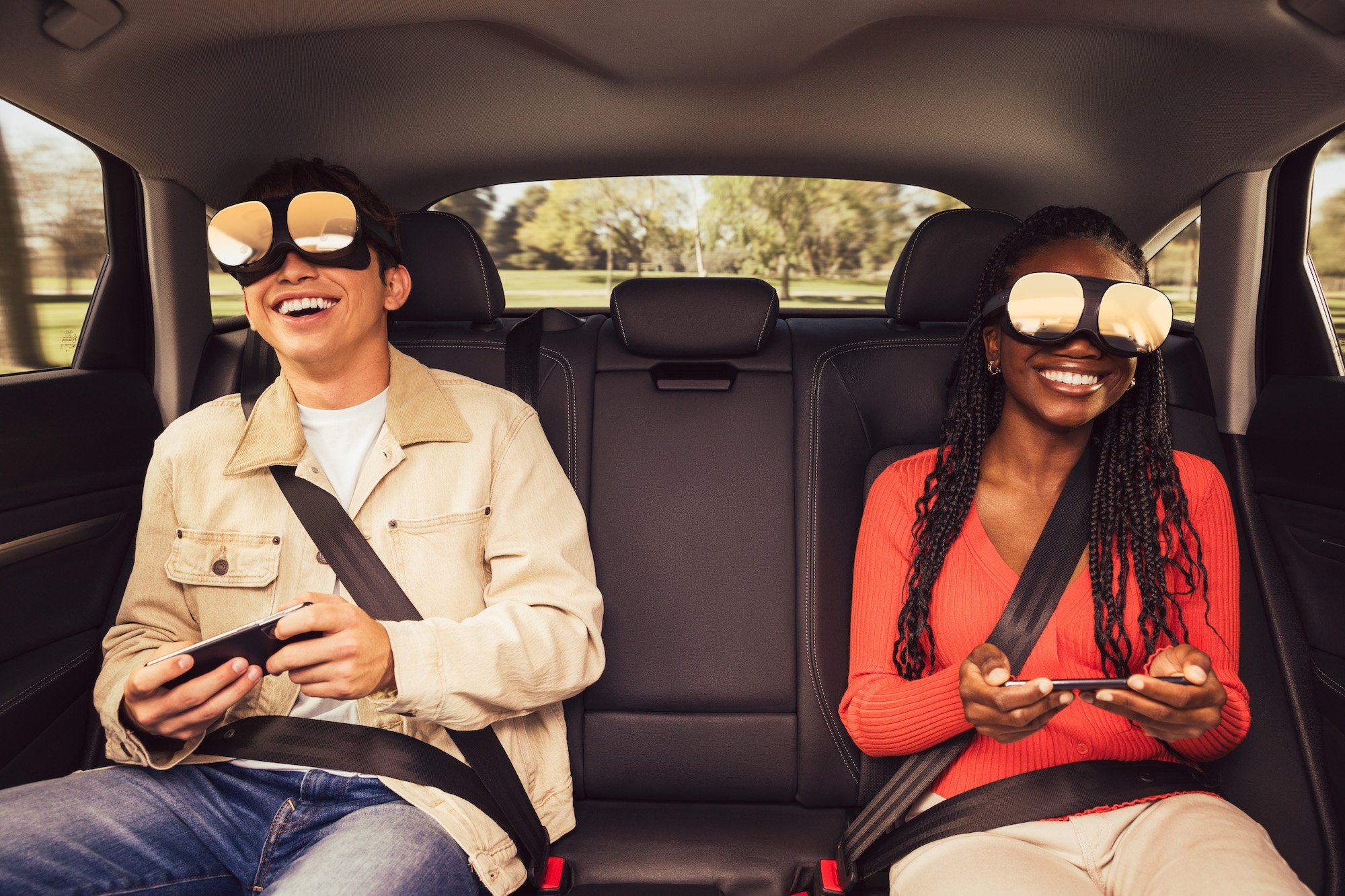 For now, the only additional cost to use the VR system is a headset, but there is limitless potential for carmakers and developers to generate revenue from car owners by selling subscription services or charging for certain features. The global automotive AR and VR market is projected to reach $674 million by 2025, according to an Allied Market Research report.

Bringing VR entertainment into series production cars is also an initial step toward developing the type of content passengers may consume once driverless cars arrive. Holoride and Audi, which owns part of the Munich-based VR company, hope to stake an early claim in the tech stack of autonomous cars — and the nearer-term prospect of capturing more revenue from its human-driven vehicles.

The future market opportunity for in-car content and entertainment is vast because once driverless cars begin to roll out, everyone will become a passenger, Holoride contends.

Being first also allows them an opportunity to establish a new media category Holoride calls “Elastic Content.” Whether you’re operating a flying saucer or a submarine from behind the headset, the VR system adapts to the car’s movements so that your VR journey mimics the acceleration, turns and stops of the car.

The opportunities are boundless, according to Holoride and Audi. Passengers will be able to buy or collect NFTs, supported by Elrond’s blockchain, while visiting the virtual world. Location-based games could connect the virtual world to locations or events in the physical world, like Pokemon Go.

Of course, motion sickness is a key concern in VR. Holoride says that syncing with the vehicle’s movements reduces the symptoms.

The Munich-based company, which raised $12 million last year for a valuation of $30 million, debuted a prototype of the VR system at CES in 2019, taking reporters for spins around the Las Vegas Motor Speedway. The colorful, virtual reality world was created with Disney and other partners. Some journalists felt dizzy, while others reported feeling fine.