Google in October announced a preview of Android 12L, a version of the Android operating system designed specifically for large-screened devices. Today, Android 12L is officially becoming available, offering features that will make it easier to use Android on tablet devices. The software will begin to roll out to supported devices from Samsung, Lenovo and Microsoft starting later this year, Google said.

The idea with Android 12L was to tailor Android for users on tablets and foldable devices larger than 600sp with an updated user interface, multitasking enhancements and improved compatibility support so apps would offer a better experience by default when run on bigger-screened devices.

With Android 12L, for example, the notification shade takes advantage of the expanded space by showing Quick Settings and your Notifications in a two-column layout. The lock screen also uses a two-column layout to show your notifications and clock. Other built-in system apps, like Settings, are also optimized for the bigger screen, so you can make changes without having to go in and out of each section. Some key interactions have changed, too — like putting the PIN controls and lock screen pattern off to the side of the screen for easier reach. 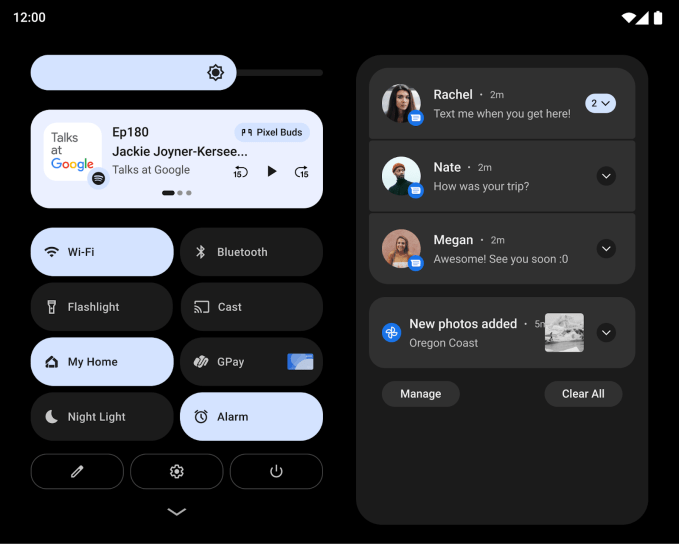 12L also adds a new taskbar for launching and switching between apps, while gesture navigation helps users do things like flip through recent apps, reveal or hide the taskbar, enter split-screen mode and swipe up to go home. Users on Android 12L can now drag and drop apps directly into split-screen from the taskbar or use a new “Split” action in the overview to start split-screen mode. That means you can watch a YouTube video while you read the news, search the web in the Chrome browser or use Google Maps, for instance. (Split-screen mode wasn’t new, to be clear, but now it’s easier to access in Android 12L and doesn’t require the developer to opt in to support the mode.)

And 12L offers visual and stability improvements to Android’s compatibility mode for apps that are not yet optimized for large-screen devices. 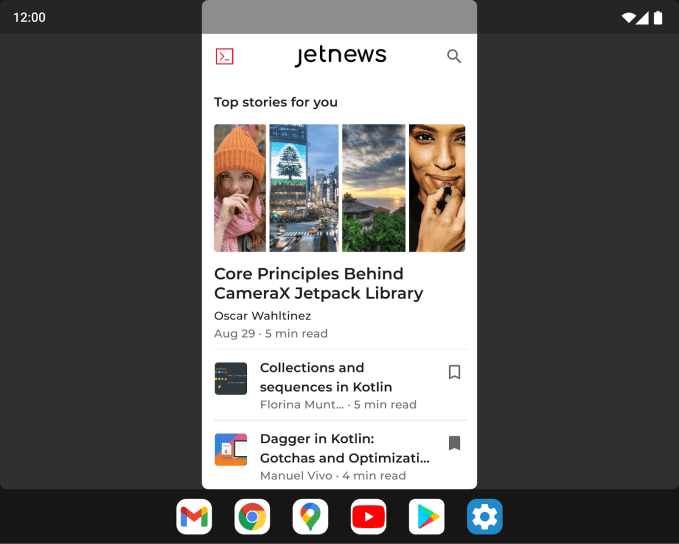 The updated version of Android follows other improvements Google has made to Android tablets in recent years, which included the launch of a Kids Space in 2020, which is essentially a “kids mode” on tablets; and an Entertainment Space, launched last year, which offers a one-stop shop for all your content, including movies, shows, books, games and video — all in one destination.

While Android 12L is similar to its Apple counterpart, iPadOS, in that it also aims to address the needs of tablet owners, Google stopped short of actually forking Android into a separate operating system as Apple did with iOS and iPadOS.