Alongside news that Disney+ will now house the Marvel live-action shows that were previously available on Netflix, the company today announced it will also introduce new parental controls that allow families to block younger children from being able to view these incoming TV-MA-rated properties.

The streamer said that starting on March 16, Disney+ will add Marvel live-action series, including “Daredevil,” “Jessica Jones,” “Luke Cage,” “Iron Fist,” “The Defenders,” “The Punisher” and “Marvel’s Agents of S.H.I.E.L.D” to its content lineup in the U.S., Canada, U.K., Ireland, Austalia and New Zealand. (The latter show is only new to the U.S., however).

The removal of the Marvel titles from Netflix, whose rights have expired as of today March 1, represents an end of an era for Netflix. The streamer once had a long-standing relationship with Disney in the years before Disney+ arrived on the market. In 2013, Marvel teamed up with Netflix to launch its first four new superhero shows on the service, after having already signed a multi-year deal for other Disney content. This provided Netflix with some of its most popular shows for years, which were branded as “Netflix Originals,” and helped to attract new users to the service. But Netflix began to cancel the shows in 2018 and 2019, leading up to the end of its deal with Disney. Meanwhile, a contract prevented the characters from appearing in any non-Netflix films or TV series for at least two years after their cancellation.

Initially, it was unclear where these Marvel live-action shows would go when Netflix’s rights expired, especially because their more mature themes didn’t seem to be a great fit for the more family-friendly streamer Disney+. One possibility that floated around was Disney-owned Hulu, which is home to other more adult-orientated content. But it was soon made clear that Disney intended to incorporate them into Disney+ in at least some markets when reports scooped that the shows were set to appear on Disney+ in Canada starting in mid-March. It still wasn’t clear if or when they would arrive in the U.S., however, or on which platform. 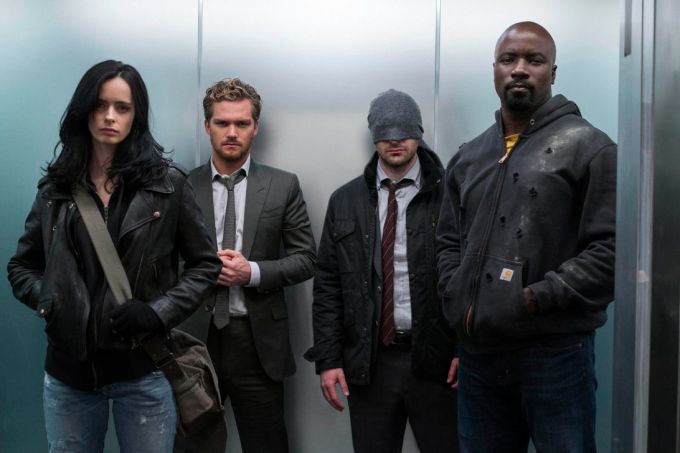 With the additions, Disney+ also realized it needed to offer better tools for parents who don’t want their children to access TV-MA content in the U.S. Starting on March 16, all U.S. Disney+ subscribers will be asked to update their Parental Controls. They’ll be able to select content ratings for each family member’s profile, plus set a PIN to lock profiles, and enable a “Kid-Proof Exit” question for Kids Profiles, so little kids can’t even try to switch out of their Kids’ experience. (Disney+ global markets already offered these parental controls. But U.S. users will now be able to restrict R and TV-MA content, which is new. And will be pushed to make the change upon relaunching the app.)

While these settings will be optional, they will appear for all U.S. subscribers the first time they open the Disney+ service on or after March 16. If subscribers don’t set a rating, the service will default to TV-14-rated content. In other words, if you don’t opt-in to a TV-MA profile, you wouldn’t gain access to these incoming Marvel shows.

Profiles that are switched over to TV-MA will also need the account password to confirm the changes, Disney notes. From that point forward, Disney+ will provide access to the adult-oriented programming and will feature it in the service’s “Recommended for You” and “Trending” rows in the app.

“Disney+ has served as the home for some of the most beloved brands in the industry, and the addition of these live-action shows brings more from the Marvel brand together, all in one place,” said Michael Paull, president of Disney Streaming, in a statement. “We have experienced great success with an expanded content offering on Disney+ across our global markets and are excited to continue that here in the U.S. as well by offering our consumers not only great content with the new Marvel additions, but also a set of features that help ensure a viewing experience most suitable for them and their family,” he added.

The parental control changes will also set the stage for rolling out more Marvel content aimed at adult fans over time, though Disney hasn’t made any specific announcements here.

The company says the Marvel shows will roll out to other Disney+ global markets later this year.

(Updated after publication, 12:30 pm et, to clarify U.S. parental controls were available, but didn’t previously allow blocking TV-MA/R content. This is why Disney will push users to make updates.)