Founded by alums of Hinge and Bumble, Sunroom is a creator platform that throws out the stuff that makes mainstream social media apps such a hostile place for women. And, ideally, it wants to help them get paid in the process.

The app was co-founded by Lucy Mort, former design director at Hinge, and Michelle Battersby, previously a marketing director at Bumble. Sunroom takes the premium monetization model of something like Patreon or OnlyFans and blends it with a social feed, run through a generously Gen Z design filter.

For Mort and Battersby, that’s where the similarities end. Sunroom is designed to provide an alternative to traditional social media apps, one that empowers people who are tired of seeing their content devalued and censored elsewhere.

“We just heard so many stories from mostly women and nonbinary creators who really had a hard time on platforms like TikTok and Instagram with the sorts of content they were doing,” Battersby told TechCrunch.

“Sometimes it was more body-positive content, sometimes they were doing sexual wellness content and Instagram and TikTok just got to the point where they’re heavily, heavily moderating that content… these creators are shadowbanned, their accounts are taken down without notice, they don’t get the same distribution on algorithms that they typically did.”

The app launches today on iOS, stocked with content from a cluster of 100 initial creators who were invited to participate in the launch and monetize their content. The company is also announcing a $3.6 million seed round from investors including Blackbird Ventures, Li Jin, Cyan Banister, Sarah Downey, Peanut CEO & co-founder Michelle Kennedy and Brud co-founder Trevor McFedries. 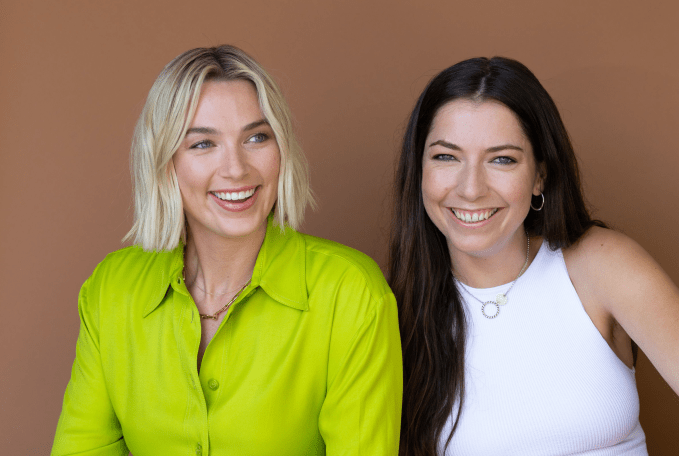 Sunroom has a women-first ethos but it was also designed with the non-binary community in mind, and the team worked with non-binary creators to hear what wasn’t working for them on apps like Instagram. The founding team doesn’t rule out opening Sunroom to all creators in the future, but for now it’s laser-focused on its core demographic.

At launch, a quick stroll through Sunroom touches on topics from body positivity to trauma to sex toys — the kind of stuff that pushes the boundaries on mainstream social apps if it’s allowed to exist there at all. To the team’s credit, the health and body content it hosts at launch seems to intentionally veer away from the kind of dangerous weight loss and dieting messaging that makes apps like Instagram such a toxic place for women in particular.

Sunroom is explicitly sex-friendly, a philosophy that’s evident even in its content warnings, which ask users to opt in for “sex-positive or pleasure-positive themes.” The team isn’t trying to make another OnlyFans, but it does hope to lure creators who are tired of dealing with censorship and account bans elsewhere.

“It’s just a deep, deep frustration on the part of our content creators with TikTok and Instagram,” Battersby said. “I think we definitely took that on board and integrated that into our content moderation approach and this is the content that we’re welcoming and celebrating on Sunroom.”

With only 100 people making content at launch, Sunroom has a tiny pool of content to moderate right now — but that’s by design. The team intends to scale slowly and intentionally, an approach that will make hands-on moderation possible. As far as automated tools goes, Sunroom employs anti-screenshot technology to keep content where it’s shared.

“We never want to automate a decision that affects a creator’s paycheck,” Battersby said.

“This is an important part of our values and how we’re going to differentiate ourselves. We’ve set this business up to scale with caution.”

Beyond its values and the fun, feminine aesthetic, Sunroom is all about helping its creators get paid. The team believes that even beyond the other headwinds they face, women and non-binary creators struggle to break down the stigma of making money through their creative work.

“… The problem that a lot of your women and nonbinary creators face is sort of an apprehension around monetization or a fear that they’re going to be judged or labeled as a sellout when they ask to be compensated for their content or their time,” Mort said.

Sunroom tries to make transactions as comfortable as possible with intentional design choices that “abstract away” the money bit to keep things feeling light and playful.

At launch, the app offers creators three revenue streams: monthly subscriptions, tips and reactions (like “cheering” a post using the in-app currency). Sunroom takes a variable cut of those transactions. The fee will typically be 20%, but its founding cluster of creators only pay 10% of their earnings and the company thoughtfully offers Black, indigenous and hispanic creators a more equitable 15% rate.

Beyond taking a cut of creator revenue, the team is interested in building out personal finance tools, including banking and investment features to help creators leverage the money they earn on the app.

For some creators, Sunroom could be the first place they feel comfortable enough to actually start making money. “The women and nonbinary folks that we’re building for… most of them don’t use a direct audience monetization tool right now,” Battersby said.

Both Mort and Battersby see their experience with dating apps as key perspective for how Sunroom approaches its product. For Mort, that’s solving user pain points with thoughtful design choices. At Hinge that meant creating a product that worked for millennial women who were tired of hookup culture, but at Sunroom it’s all about empowering users to cash in on what they care about. For Battersby, it’s about building something for creators that meets the moment.

“With Bumble, I think what I really witnessed was a product colliding with a social movement — a lot of Bumble’s success and the rise of that platform really came around the time of the Me Too movement and #BelieveWomen,” Battersby said.

“With Sunroom I see great similarities. There is definitely a social movement occuring at the moment, particularly with Gen Z — they’re more sex-positive, they’re more self expressive and I think they’re becoming tired of being silenced or censored online when they speak about issues or causes that are important to them.”