You can now add another set of Nvidia-based graphics cards to the graphics cards you probably won’t be able to buy anytime soon, as the company today launched the GeForce RTX 3050 for desktops.

Starting at $249, the budget-friendly card — assuming Nvidia and its partners can produce enough to keep prices from escalating — will feature 8GB of GDDR6 memory and promises to be able to run the latest games at over 60 frames in a 1440p resolution with ray-tracing enabled. Like its more powerful brethren in the company’s 30-series, it will feature third-generation Tensor cores to power Nvidia’s DLSS for smart upscaling and AI workloads, as well as second-generation RT cores for ray-tracing.

Nvidia noted that 75% of gamers are still using GTX GPUs, which should make the RTX 3050 a compelling upgrade for many. The 2016 GTX 1050, for example, isn’t quite able to run modern games at 60 fps anymore, and even the more recent GTX 1650 now often struggles to do so.

Cards based on the new chip will launch on January 27. 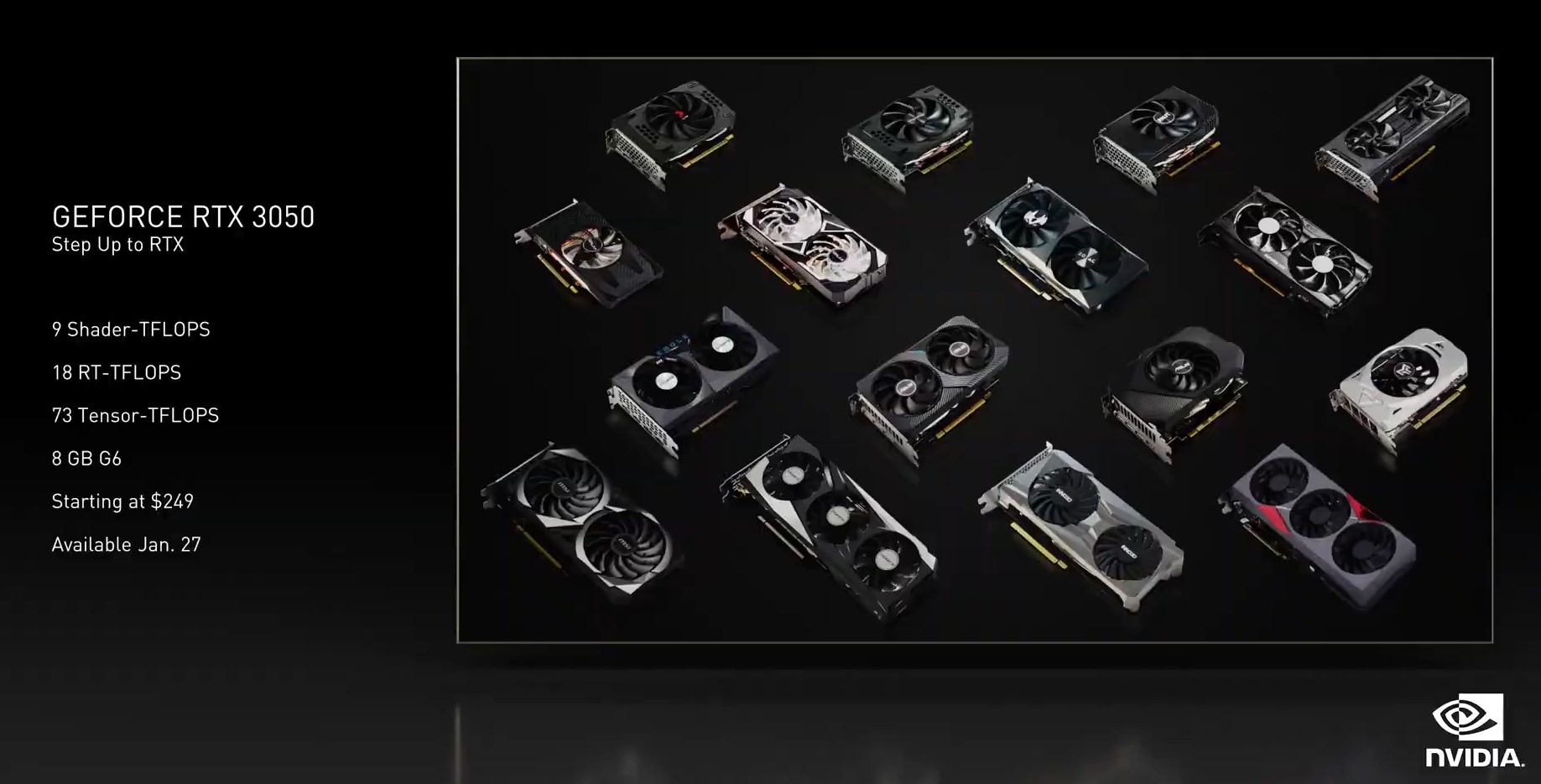 In addition to these budget chips, Nvidia also teased an RTX 3090 Ti, which looks like it will be a monster of a GPU, but didn’t provide any real details about it. We’ll know more later this month.

For laptop gamers and creators, Nvidia also today announced the GeForce RTX 3080 Ti laptop GPU, which promises to offer more performance than a desktop Titan RTX machine. Laptops with this chip will start at $2,499. On a more budget-friendly note, the new GeForce RTX 3070 Ti GPU for laptops will launch on machines that start at $1,499 and offer 70% more performance than 2070 Super laptops at a 1440p resolution.

And 1440p, it’s worth noting, is what Nvidia is now pushing for e-sports games, with a new category of gaming monitors that will be able to handle up to 360 fps at 1440p, starting with new 360 fps display from Asus and 300 fps support on a set of new displays from AOC, MSI and ViewSonic.