Mio, a startup that helps enterprise teams collaborate across messaging services like Zoom Chat, Microsoft Teams, Slack and Cisco’s Webex, today announced that it has raised an $8.7 million Series A funding round. The round was led by Zoom and Cisco Investments. In total, Austin-based Mio, which was founded in 2016 and participated in the Y Combinator Winter 2016 class, has now raised $17 million. Other investors include Goldcrest Capital, Eniac Ventures, Two Sigma Ventures, Khosla Ventures, Y Combinator and Capital Factory.

While being able to chat across platforms isn’t usually a problem that comes up inside a company, it does become an issue when you’re working across organizations. Traditionally, those kinds of conversations used to happen in pre-planned meetings, whether in-person or virtually, but the pandemic only accelerated the move toward enterprise messaging services for this use case, too.

As Mio CEO and co-founder Tom Hadfield told me, you may think that the different players in this field would want to keep their walled gardens closed off from competitors, but the fact that Zoom and Cisco are investing in Mio shows that interoperability is very much on their minds. He also noted that Microsoft and Meta recently partnered on an integration between Teams and Facebook Workplace, while Slack and Teams have also long partnered around VoIP integrations.

“Microsoft Teams is akin to a Local Area Network, because Microsoft will always deliver messages between Microsoft users,” said Hadfield. “When a Teams user wants to send a message to a Slack user, it will go over the Wide Area Network for workplace communications. That’s what we’re building at Mio.”

Hadfield, who co-founded the company with CTO James Cundle, tells me that the team spent the last few years on addressing technical challenges like managing the basic differences between messaging clients (like Slack’s support for custom emoji) and how they handle channels, for example. Different platforms also place different limits on their users and their APIs are always in flux, too. 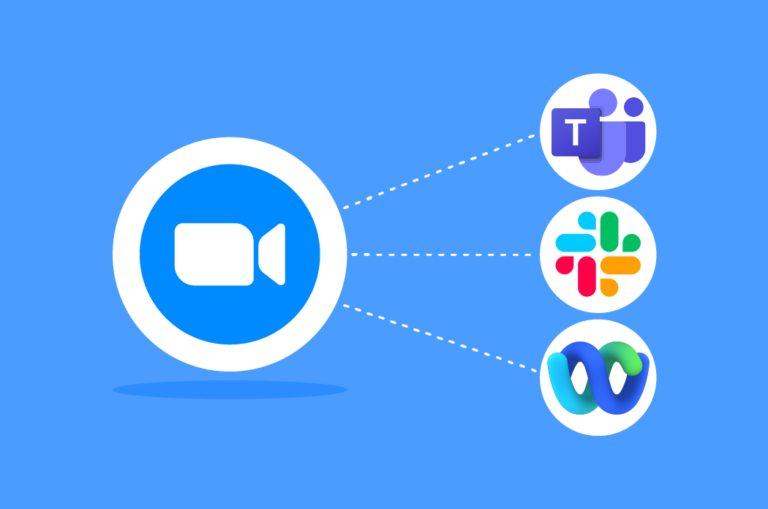 “The collaboration industry has come a long way from the ‘multi-headed clients’ like Trillian that connected AIM, ICQ, MSN and Yahoo! Messenger in the early 2000s,” explained Hadfield. “A decade ago, there was a big push for open standards like XMPP and SIP, but the standards bodies failed to keep up with the rapid pace of innovation in team collaboration. Mio solves this by federating publicly available APIs, so each platform can innovate at their own pace.”

Given the obvious need for a service like this, it’s no surprise that there is a bit of competition here. Nextplane offers somewhat similar capabilities and with Matrix, there is an open source protocol for decentralized messaging with bridges to Slack, Discord and others (but not Teams, Zoom and Webex). “We plan to work closely with Matrix and Nextplane to advance our shared vision for a unified messaging ecosystem,” said Hadfield.

Mio plans to use the new funds to enhance its service by adding support for additional services like Google Chat, Meta’s Workplace and Symphony. The company also plans to launch a new unified presence feature that will allow users to synchronize their presence status across services.

“This investment, by two of the largest players in the collaboration industry, ushers in a new era for interoperability,” said Hadfield. “It brings us one step closer to ‘Collaboration Nirvana’ where everyone on the planet can collaborate with each other, regardless of which chat app they are using.”