First Resonance makes software for making hardware. The company’s Ion platform provides an all-in-one option for anyone who has to manage manufacturing lines, supply chains, engineering and design, among other things. Now, with $14 million in new funding, the company aims to scale up its presence and make a full-court press on the hardware makers of the world.

Founded by a team of former SpaceX engineers, First Resonance was created because they felt the processes they’d helped create at the launch provider would be helpful to people making everything from drones to toys to… other rockets.

When we first covered them last summer, the company was just getting started. Now it has built up momentum it hopes to keep as it targets more and bigger customers.

“In 2020, First Resonance was just getting its first customers. It was a year where manufacturers and people building hardware definitely needed something to connect their people working from home with the factory, and connect multiple types of factories — it just happens that the product we’re building here perfectly suits itself to that,” said co-founder and CEO Karan Talati.

With 15 customers at the end of 2020 and twice that now, the Ion platform has shown that it has value to people making serious hardware: Joby Aviation, Reliable Robotics, Astranis and more.

“The complexity of managing not just how to build such a sophisticated product, but the complexity of the part assembly and the sophisticated multi-level BOM that goes into that… What Ion is doing is helping these companies define that complexity and understand it — with a level of granularity that lets them make rapid and iterative adjustments to their design and manufacturing process,” said Talati. 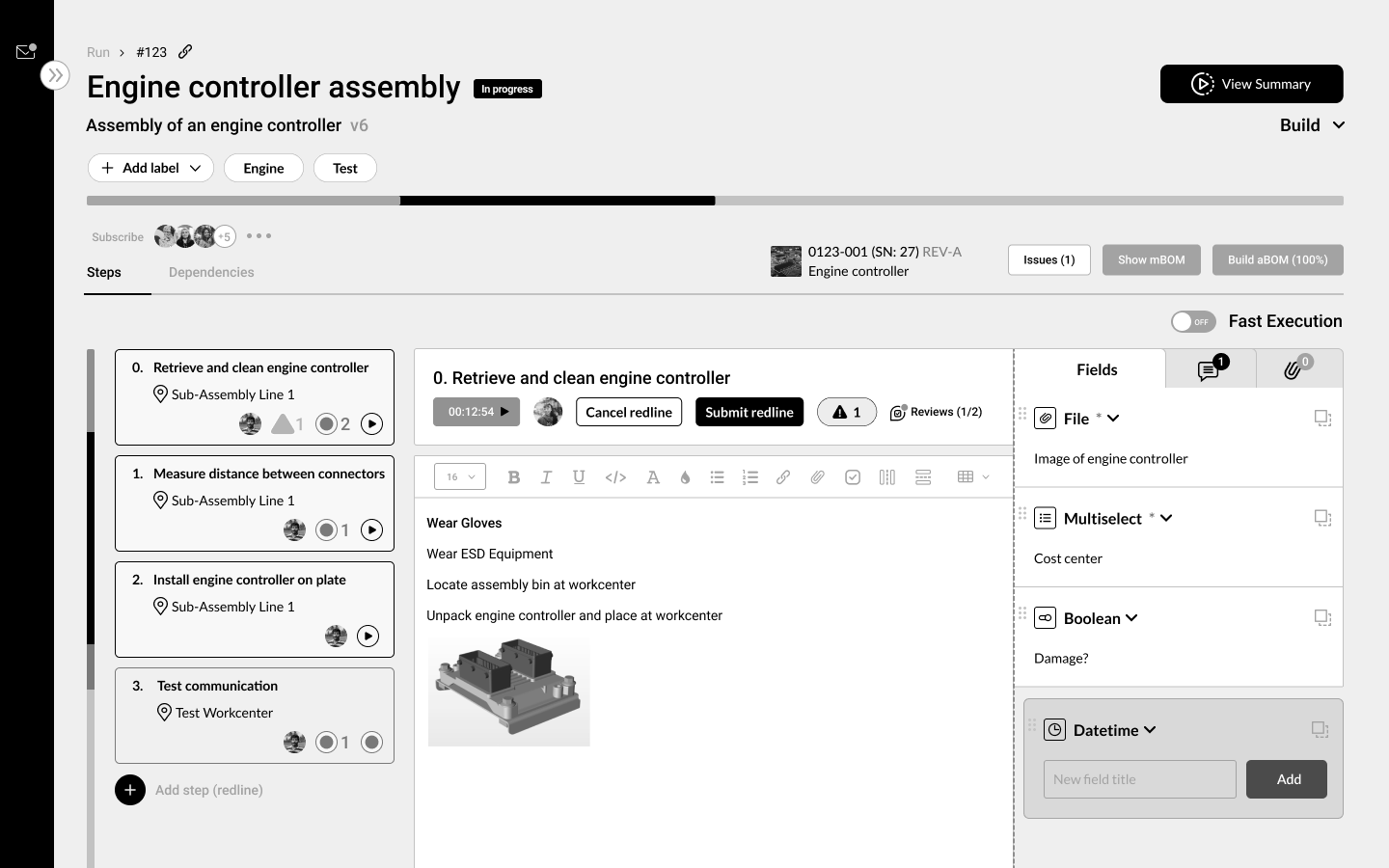 A key part of that is automated but powerful tracking of parts and processes, something that their team at SpaceX got very good at while working on launch vehicle reusability.

“The key difference between what SpaceX has done compared with everyone else is really understanding down to what serial number, what lot number were on a given rocket. They knew which parts were exposed to a certain condition or error,” explained Talati. “That’s the exact challenge our customers are facing. Automakers spend billions on recalls because they have to recall every vehicle. But Tesla recently did a recall of only 3,000 Model Ys, because they have that level of granularity.”

Early customers have found this capability extremely valuable and asked for more of it. Tracking a part from purchasing to receiving, installation, servicing and beyond creates not just opportunities for savings like Tesla’s, but a database that can be mined for insights.

Companies have been managing this stuff for a long time, but generally using half a dozen disconnected systems, some legacy and some cutting-edge. For instance, the design work may be happening in live AR collaboration sessions and saved to the cloud, then distributed via a modern productivity suite, but it’s all held back when it goes to a factory and parts workflow that’s been the same since the ’90s. It was never great, but the pressures of 2020 and 2021 may have pushed some companies over the edge.

“There’s this mess of generic tracking tools, email templates, spreadsheets and disconnected processes. Increasingly we have customers coming off these old systems, where they procured them a long time ago and now they’re looking into digital transformation,” said Talati. 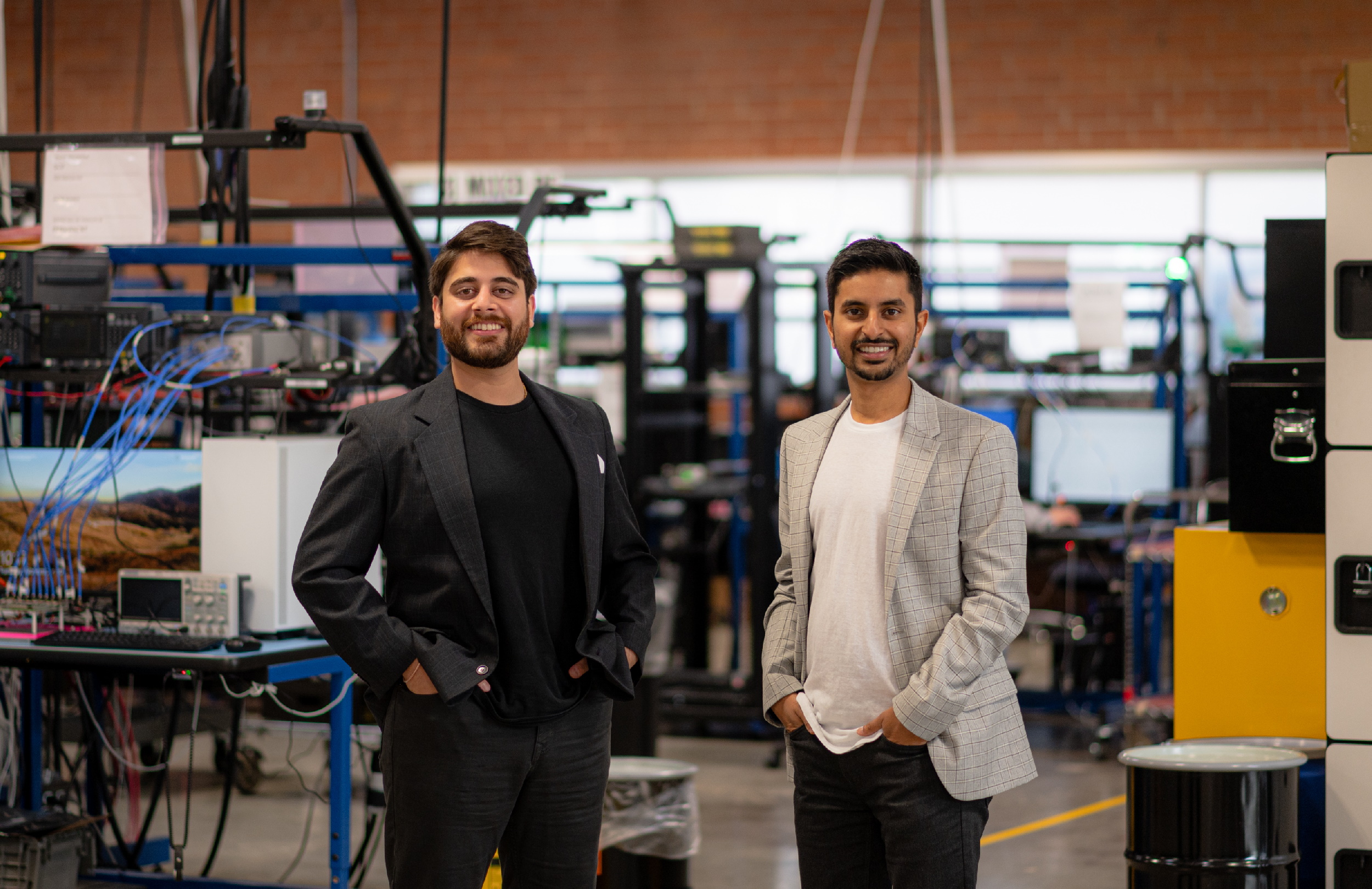 Even larger, richer companies that could build their own brand-new stack are opting to go with Ion, he said, imitating other successful companies that choose to bolt on a market-ready process rather than spend a year and tens of millions designing their own.

The $14 million A round was led by Craft Ventures, with participation from Blue Bear Capital, Fika Ventures, Stage VP and Wavemaker. The money will go toward scaling and improving the company, particularly their “go to market team.” But the product is evolving too, with the team working on integrating more sources of data into intelligence streams that produce actionable insights within seconds of changes. And embracing more factories and hardware types with an expanded SDK is also on the horizon.

“Our customers are really embracing that flexible, data-driven approach, and Ion fits the bill,” said Talati.