People come together around the dinner table and the food they love, but for Umamicart founder and CEO Andrea Xu, it wasn’t always easy to find the ingredients to make the foods she grew up eating with her family.

Xu’s parents are Chinese, but moved to Spain, opening up their own Chinese restaurant. She recalls the grocery stores not having the kinds of sauces, thinly-sliced meat cuts and vegetables common in Asian cuisine. Even when she moved to the U.S. for college, she and her friends would talk about what wasn’t available in the one aisle of the grocery store dedicated to Asian cooking. 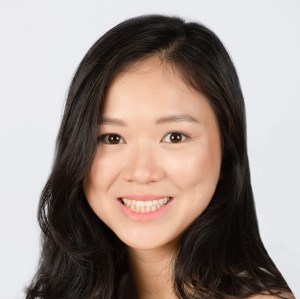 “Food has been a way to connect back to identity, but there was difficulty in accessing foods that were prevalent in my household,” she told TechCrunch. “In the U.S., there are 29 million Asian Americans, yet there is still a hurdle to access products.”

With most anything available for delivery these days, Xu decided to put that to the test with Asian ingredients. In March, she and Will Nichols, formerly with FJ Labs, launched Umamicart, an online Asian grocer and delivery service offering both a curated and comprehensive selection of traditional and creative Asian products.

Today, the company announced $6 million in seed capital in a round co-led by M13 and FJ Labs, with participation from Picus Capital, Starting Line, Golden Ventures, First Minute Capital and Goldhouse Ventures. This brings the company’s total funding raised to $7 million, including a $1 million seed round.

Brent Murri, investor at M13, was introduced to Xu by FJ Labs, and said Umamicart was in line with the kinds of consumer technology his firm typically invests in, looking at the digitization of food. M13 has invested in similar companies, like Thrive Market and Shef.

“The combination of Andrea and Will as co-founders is one of the best market fits I saw this year,” Murri said. “Andrea has learned from her parents and retained a lot of relationships with food distributors, while Will led Instacart’s New York City market, so he knows how to scale the grocery business. All of that set them apart.”

Kurly, the Korean grocery startup, raises $200M on a $2.2B valuation after shifting IPO plans away from the NYSE

He noted that grocery experts expect half of the U.S. population to make at least one digital grocery purchase next year. However, the digitization of grocery stores is not equal to everyone, citing the Asian market as one that is largely offline, providing space for companies like Umamicart to offer a curated selection of food with good customer experience.

The new capital will enable the company to expand its delivery range, grow its team and add product catalogue and geographic service areas as Umamicart sees increased demand from customers. Xu would like to provide more diverse offerings for Southeast Asian cuisine and increase the number of recipes available to users.

“We are also seeing huge interest from people who didn’t exactly grow up eating Asian food, but have come to enjoy it and cooking it,” she added.

Umamicart itself saw 313% in quarter-to-quarter web traffic growth since its launch in March, is growing 20% to 30% month over month and now has more than 3,000 products.

The pandemic showed some key insights that when cooking with Asian cuisine, people prefer fresh products, but if those aren’t accessible, it impedes cooking and people try to find swaps, Xu said.

“Consumers are also rejecting what is in the international or ethnic aisle and want to source products and brands that are better,” she added. “We value that, so when they come to Umamicart, they know that what we put on our shelves is a vetted product, tried and true staples or the best new brands we were able to scout.”