Just ahead of the U.S. Thanksgiving holidays, TikTok is expanding its footprint in the living room. The company earlier this month launched its TV app in North America in partnership with Amazon Fire TV. Today, TikTok is rolling out its TV app to more TV platforms across North America, including Google TV and other Android TV OS devices, and select LG Smart TVs and Samsung Smart TVs.

Like its mobile counterpart, the app offers access to both a user’s “For You” and “Following” feeds, when logged in, as well as a “Discover” page featuring some of the most popular content across the service, including in categories like comedy, gaming, food, travel, sports and animals, among others. But unlike on mobile, where users have to swipe vertically to navigate through the available videos, TikTok TV includes an AutoPlay feature that serves up a continuous feed without interruptions.

To accommodate vertical videos on the wider TV screen, the app displays a dimmer version of the video in the background to make the experience more visually interesting, instead of just using black bars to fill in the screen space. 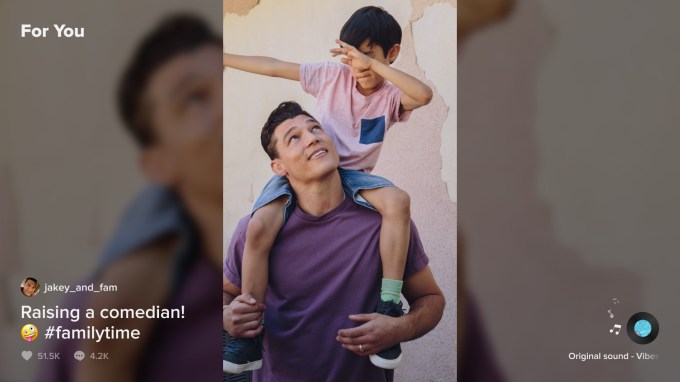 Before today, the company had offered a TikTok TV app for Google TV and Android TV in the U.K., France and Germany, but had yet to bring that version of the app to users in the U.S. and Canada. In addition, TikTok launched its TV app on Samsung TVs in the U.K. last year. Samsung said it would roll out the app to most of its 2021 smart TVs in the U.S. sometime this year.

The expansion may put TikTok in more direct competition with rival YouTube for consumers’ attention.

Today, Google’s video app already has a strong presence in the living room, where now more than 100 million U.S. users watch YouTube and YouTube TV on their big screens. In addition, third-party research from eMarketer found that more than half of U.S. YouTube viewers, or 113.1 million people, now watch through a connected TV device, as of a report issued in October 2021.

However, many of those users may not be tuning into short-form content. The company last year said watch time of YouTube content over 30 minutes long increased by more than 90% in a 12-month period. That could point to TV viewers’ interest in longer-form video content compared with mobile users. With plans for its TV app underway, this may also have been a factor in TikTok’s decision to expand its maximum video length to three minutes earlier this year.

TikTok, in its announcement, touted that it has over a billion monthly users — but of course, that includes many markets that don’t yet have access to the TikTok TV app.

The new TV app will be rolling out starting today to supported platforms.