Roughly one month ago, we reported that Rippling, a SaaS company that makes employee data the focal point of a sprawling, multi-pronged offering, had raised $250 million in its latest round, led by Sequoia Capital. Last week, we learned more about what, exactly, persuaded investors to assign the five-year-old company a whopping $6.5 billion valuation.

On the same day of that announcement, we had an unexpected opportunity to sit down with Conrad in person at an event we were hosting in the city. We didn’t plan to interview him (a friend slated to do this fractured her arm ahead of their sit-down), but we thoroughly enjoyed the conversation, where we talked more about Rippling but also asked Conrad for his advice to entrepreneurs who have enjoyed extreme highs and lows, as he famously has. 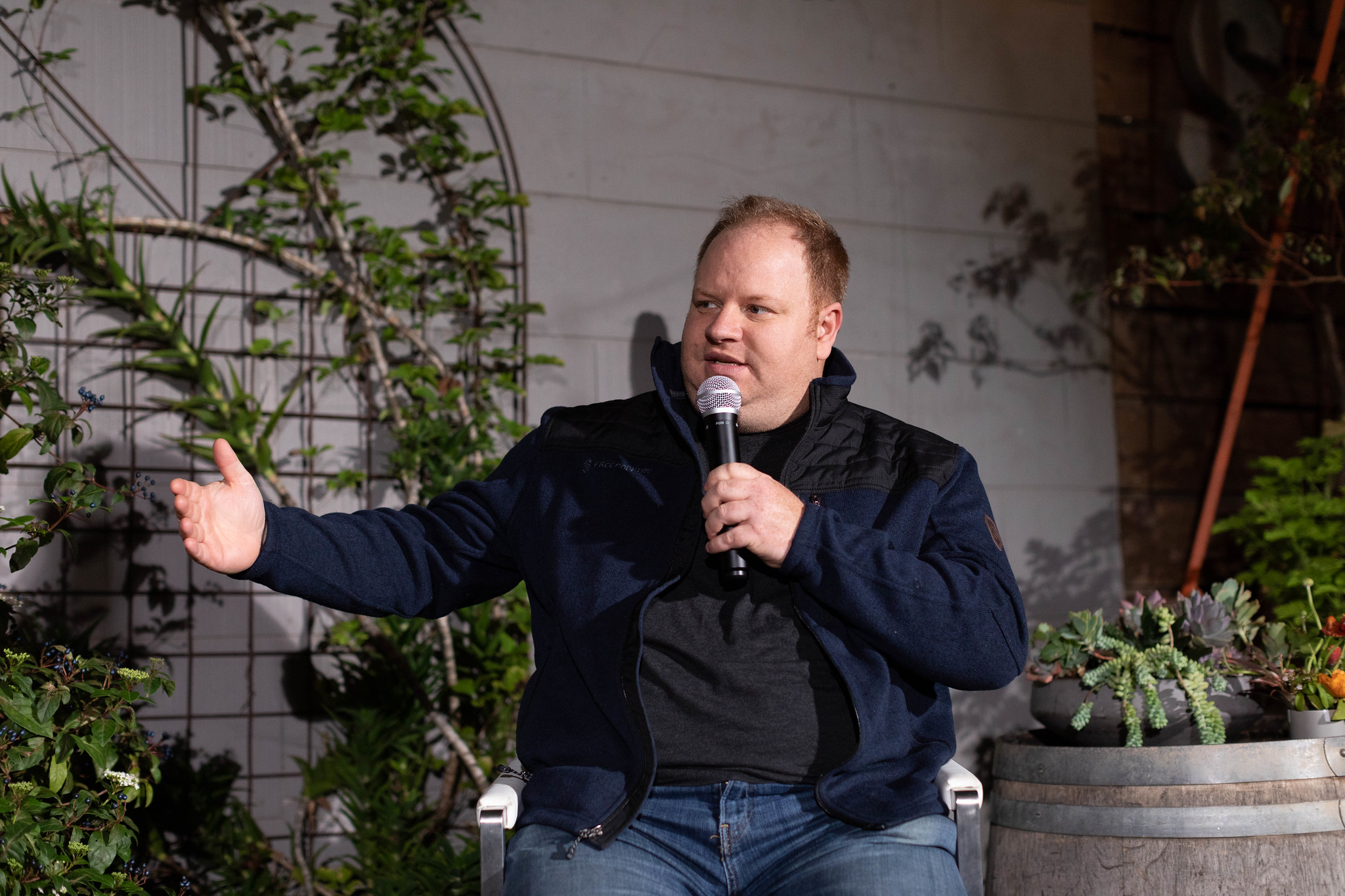 Founders whose companies have floundered or who otherwise have lost control of what they were building might benefit from watching the interview. In the meantime, we’ve pulled out some highlights from the conversation, edited for clarity.

TC: Rippling is building what you call an employee system. In fact, the last time we spoke, you mentioned that unlike Salesforce, which ties a lot of business systems together around a common customer identify, Rippling makes employees the centerpiece of this unified schema. Where do you find the confidence to compare your company to a $300 billion outfit like Salesforce?

PC: People misunderstand, in my view, what Salesforce is because they think it’s a CRM system. I think Salesforce is really a system for managing business process and workflow across your company that happens to be built on this underlying foundation of customer data. And the thesis of Rippling, and the analogy to Salesforce, is that we think there exists within your company an entirely separate set of business process and workflow that requires a lot of the same tooling that you find in Salesforce — things like building workflow automations, for reporting and analytics, for policies and configurations, and things like that, but that it needs it to be built on a different underlying primitive. [We think] there’s this sort of bizarro world version of Salesforce where everything is re-centered around employee data. And that is really the internally-facing system to manage your company, as opposed to the externally-facing system that Salesforce is for managing a lot of your business process related to customers and sales and marketing and things like that.

You also say you are building this ‘compound model’ that involves a lot of separate businesses being built at once so that they can be integrated and bundled in different ways for your customers. You’ve argued that this model makes more sense than focusing more narrowly on one opportunity. But how replicable is this model for founders who don’t have the connections and resources that you do?

It’s something that I believe that almost no one else agrees with — that most of the conventional wisdom around building a company, which is that you should focus on one very narrow thing and do it extremely well — is probably now wrong. It’s how we’ve gotten into this problem that businesses have, where they now have a collection of 100 separate point solution products. The root of a lot of the irreducible crap work involved in running a company is often managing employee information across all these different systems.

The alternative, a compound startup, involves building multiple different products in parallel and usually allows you to solve a larger business process problem that stretches across a number of previously distinct business systems . . . Ten years ago, the big question that everyone had is ‘How many of these SaaS products can actually become billion-dollar companies?’ And the answer, it turned out, was every single one of them. [But] a lot of those focused opportunities are really picked over now [whereas] there are these undiscovered islands of product-market fit just beyond the horizon line if you’re willing to go out and try and build this much harder thing, which is a couple of interrelated products that work together seamlessly.

But you’re Parker Conrad, so you can raise capital, and you can also get founders whose companies perhaps floundered to come work for you and run these divisions. Is that really replicable?

So one thing: If you do companies that are building this way, you need to organize them slightly differently. One of the ways that we’re able to successfully build different products in parallel is by having more of a business unit structure, where [we hire] former founders to run specific product lines and build them and really run them as general managers. I think we now have 50 founders who work at Rippling in various different capacities.

[As for how we find those founders] I mean, I remember when I did my first startup. It was slow grinding failure for seven years, we could never raise any money from anyone, and when I left, it was impossible. I was looking for a job. I couldn’t find one. So I had to start a company instead. At the time, there were no specific skills I had. I was the founder of this company that had gone nowhere, that no one had ever heard of. I wasn’t really qualified to run any specific function. Now I think the world has changed a little bit. It’s much easier to find those types of jobs as a founder . . .

You also mentioned like, well, okay, you know, you [being Parker Conrad] can raise money to do something like this, but can other people? And I think they can. There is a lot of money in the market right now, and if you can paint a picture of a really ambitious idea, of what you want to do, there are people who will fund it, and you can raise a lot of money to go after it. [It’s also] easier to attract employees to a really big and ambitious vision.

You rose to fame with Zenefits. Things went wrong, which we’ve talked about a little bit in the past. I do want to ask how you went about those first investor meetings for Rippling, because you got right back out there. Were they difficult?

Actually, raising money for Rippling after Zenefits was not hard. There were investors who were extremely supportive. And I will be forever grateful to Y Combinator, Garry Tan and Initialized Capital, Mamoon at Kleiner Perkins, [and] a whole ton of seed investors who signed up immediately, like, I mean, no questions. Well, I think a lot of them did their own diligence about what had happened in Zenefits. And there was also obviously a set of investors that that wasn’t true for. And it was really just that there were enough of the people who were extremely supportive that it wasn’t an issue. 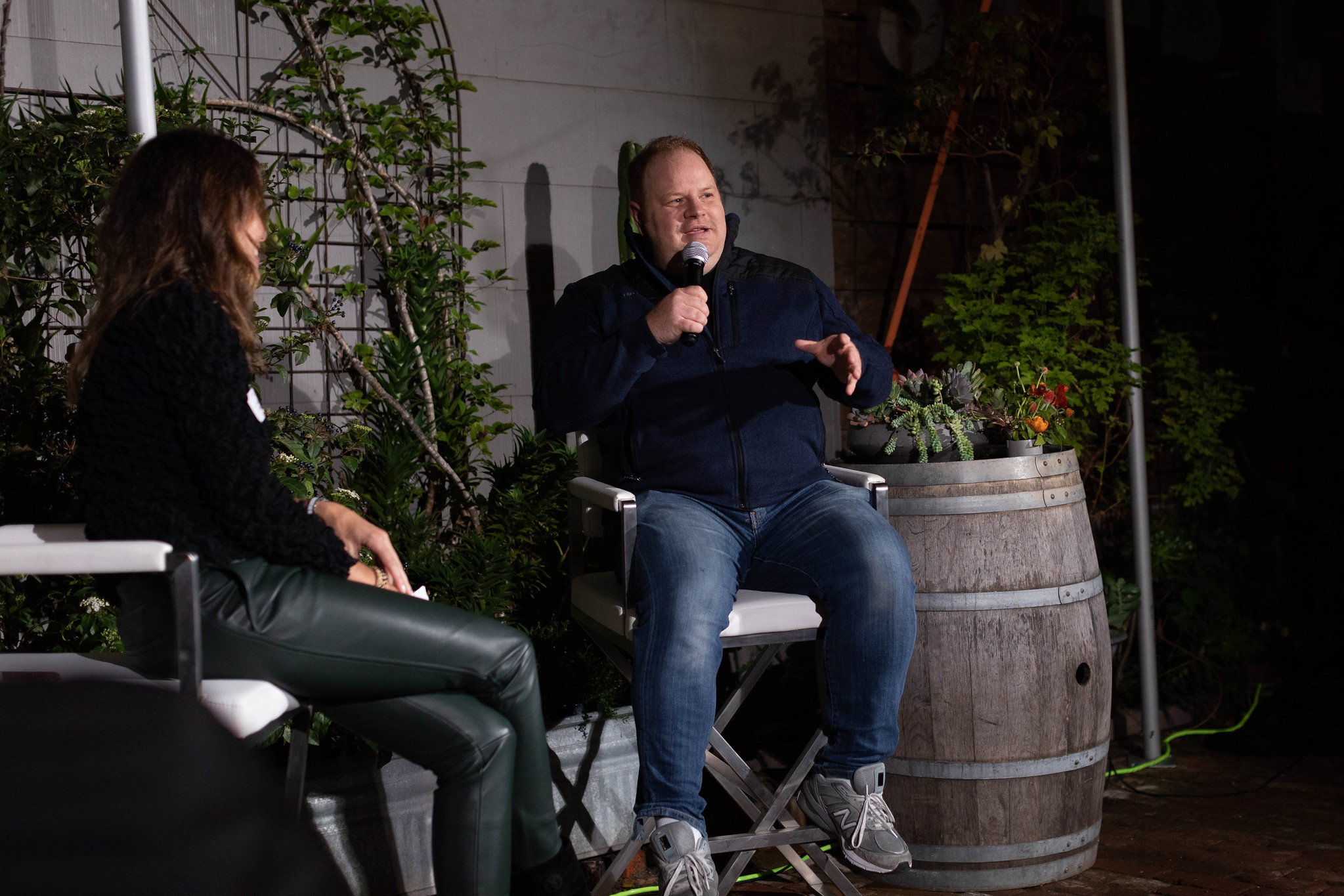 I read in a Forbes piece last year that right after Zenefits, you were binge watching “Star Wars.” But just for six weeks [were you laying low]. In the interest of helping others who may go through their own roller coaster ride, how did you pull yourself together and get back out there?

I’m still trying to figure that out. What it felt like to me when things went south — and one thing that I think not everyone realizes — is that there are people that have this entire institutional apparatus behind them, who have crisis PR firms and institutional backing and money. And then there was like, me, and I was hiding in my house, you know, watching “Star Wars” and trying to ignore the outside world and really not talking to anyone.

And it took a long time. I was under an enormous amount of restrictions over what I could even say about that experience. And because I wasn’t allowed to talk to people about this, there was a moment where I realized that the only way that I was going to talk to the larger tech community, to the media, to my extended friends and family, to my former colleagues, to talk about this experience, was to build this specific company and to turn it into something that would become hopefully a $100 billion outcome and that would force some kind of conversation or reassessment of this [past history]. So that was the thing that, for a long time, kind of got me out of bed in the morning. It was leading me to focus on building this business.

In that same article, Garry Tan said you’re a great founder because you have a chip on your shoulder. Does that resonate and, if so, is that because of what happened at Zenefits or does it date back even further?

Is this StrictlyVC of strictly therapy or whatever? [Laughs.] Yeah, no, I think I’ve probably always felt that way, even before Zenefits, and I like hiring people and working with people who also have a little bit of a chip on their shoulder. I think it works out better if you have a chip on your shoulder but also a sense of humor. If you just have a chip on your shoulder, maybe you’re kind of a prick. But people who have both those things can be a lot of fun to work with and often can really accomplish some awesome stuff, so those are the people who I like to spend time with.

You can check out the video to learn more, including whether Conrad views Workday as direct competition, and why some of the third-party companies whose software is getting pulled into Rippling might consider the company both friend and foe.