A weird thing has happened in the past two years. After years of decline, motorcycle and scooter sales have bounced back. That’s good news for BMW’s Motorrad division and its latest electric scooter, the CE 04.

The two-wheel retro-futuristic bike, which was showcased in Los Angeles this week at an event ahead of the LA Auto Show, will be riding a wave of two-wheeled renaissance, which could help usher in larger acceptance of electric scooters.

BMW Motorrad of America’s vice president Trudy Hardy believes that the two-wheeled EV could come into its own as more than just a cool-looking bike. “I think what’s interesting about having a scooter in this category is I think it will start to solve some transportation challenges.”

Set to arrive in showrooms in early 2022, the CE 04 will start at $11,795. Like all things BMW, it carries a premium price tag. Yet, for the feature set and the fact that it’s electric, it might actually be a solid deal.

The scooter will seat two, has 42 horsepower and an impressive 45 pound-feet of torque. The 8.9-kWh capacity battery pack is targeted to offer 80 miles of range and it supports level 2 charging up to 6.9 kW.

Plus it has that large 10.25-inch TFT display that when paired with the BMW Motorrad app offers up turn-by-turn navigation and can track rider data, like how far over you’ve leaned in corners, as well as the typical motorcycle information. 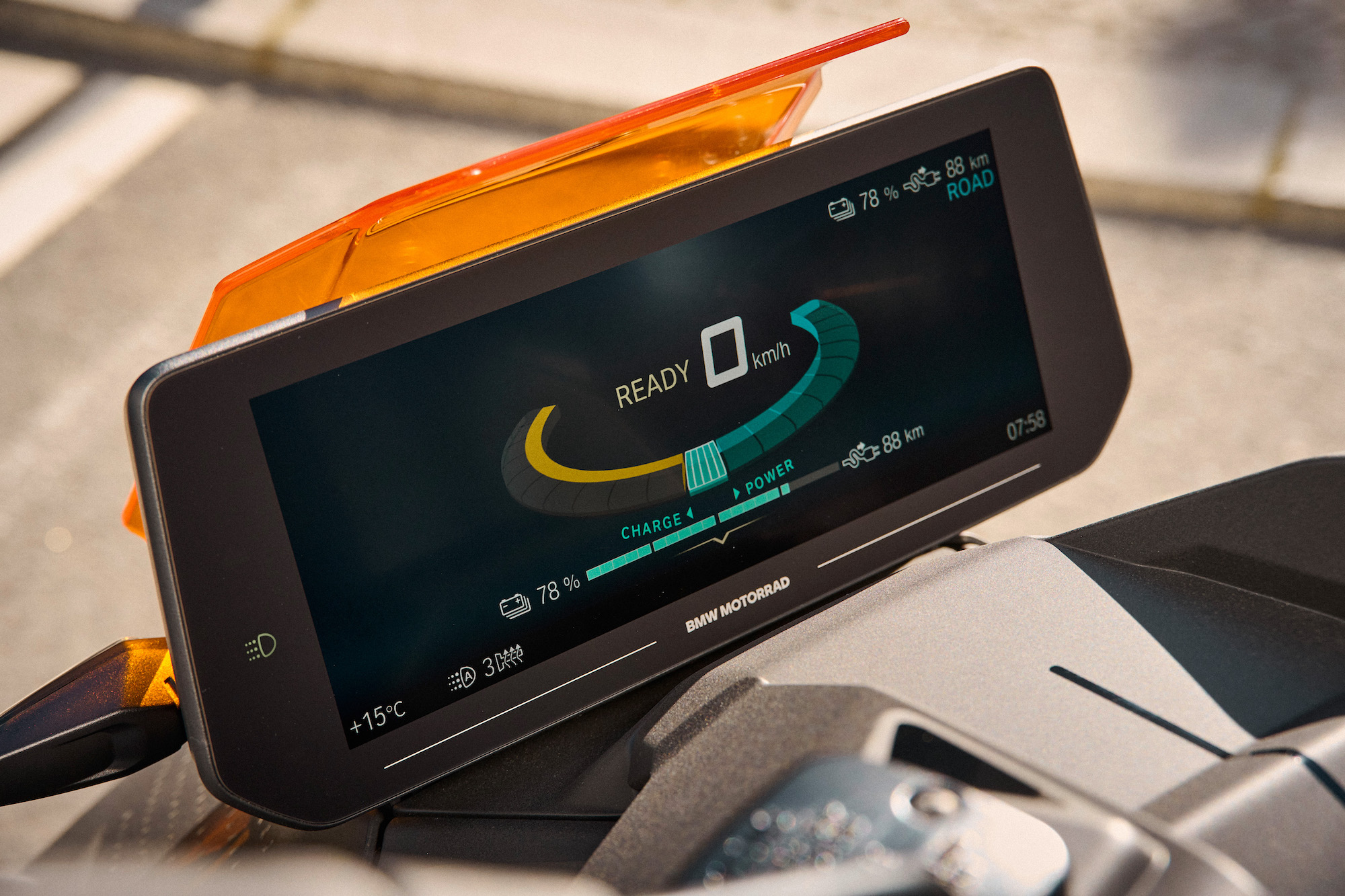 Still, it’s an electric scooter in a world where the Harley-Davidson Livewire exists and Zero Motorcycle continues to thrive.

Hardy believes that for BMW this is a smart strategy, “It’s going to bring new people into the brand that might not have considered a motorcycle, but are going to find this to be a friendly solution.”

The bike maker’s first foray into the U.S. market with electricity was the C-Evolution. It was essentially a pilot program. “It was really to test the waters a little bit. This is our first endeavor really going into the electrification market,” Hardy told TechCrunch.

Although Hardy is nervous that people tend to generalize scooters as something less than what they are. New customers also mean those new to motorcycles and scooters in general. There will likely be customers that currently ride electric bicycles that step up to an electric scooter like the CE 04 and not quite understand that it’s more powerful than it looks. It’s easy to dismiss scooters and see something that’s underpowered, but the reality is the EV torque that makes electric cars so exhilarating is also here on this scooter.

For new and experienced riders, the CE 04 is offering something a bit new. A compact but spirited EV two-wheeler that could be the answer to city commutes. Hardy sees it as part of an ongoing move by the company as a whole. “BMW has always been known for the performance side and the technology side and it’s nice that we’re now entering that electrified space from four wheels to two wheels, which is great.”

It also helps that more and more people in the United States are buying new bikes and EVs. That combination might be a win for the funky CE 04.