Cascade Labs helps operations teams automate their data workflows. Using the company’s no-code tools, teams can pull in data from their favorite sources, transform it as needed, analyze it and then automatically kick off specific processes based on the results. The company today announced that it has raised a $5.3 million seed round led by First Round Capital. Redpoint Partners, Susa Ventures and a number of angel investors also participated in this round. 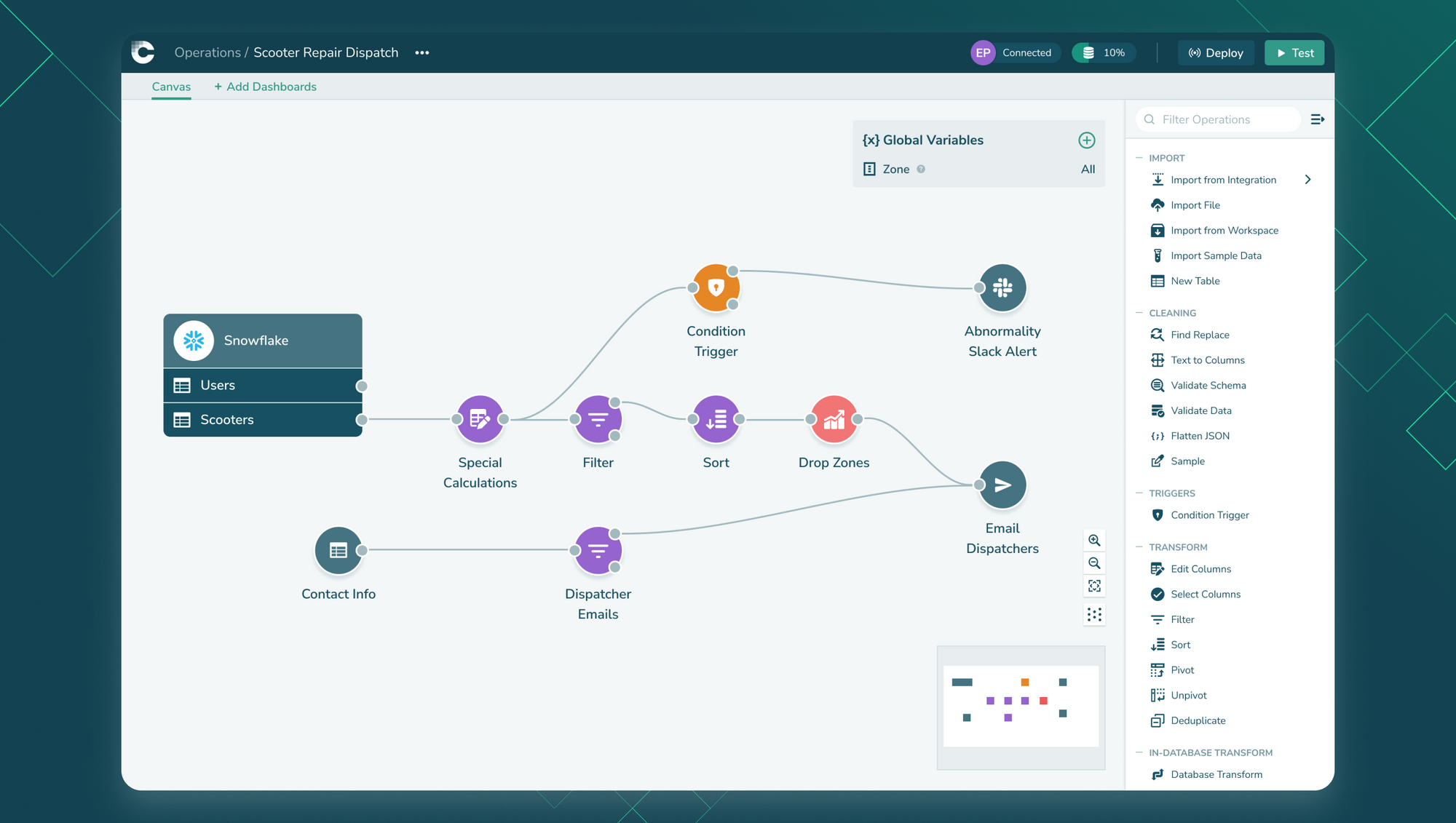 Brelig noted that while at InfoScout, he saw that a lot of ops and analyst teams were often highly skilled at analyzing data but not necessarily tech savvy enough to automate their workflows to, for example, build complex weekly reports without a lot of manual labor.

Fuentes, meanwhile, had seen similar issues, but from a slightly different perspective. “I sold my last company to Capital One and as you can imagine, that’s a highly analytical place,” he said. “But the degree to which people on the ground that knew the business well could access the huge reams of data that we had access to was still fairly limited. So after I left Capital One and Jon and I started talking about this problem we were: ‘maybe this is actually the same thing’ — and that’s how Cascade got started.”

Fuentes admitted that there are obviously a lot of tools out there that help businesses access and explore data. But the team argues that there is still a disconnect between exploring data and then putting it to work. “That’s the type of thing that fraud operations needed in Capital One, for example, and InfoScout needed to serve clients properly,” Fuentes said. “I think to get to that level of operationalizing data, it needs a slightly different toolkit than what we currently have today.” 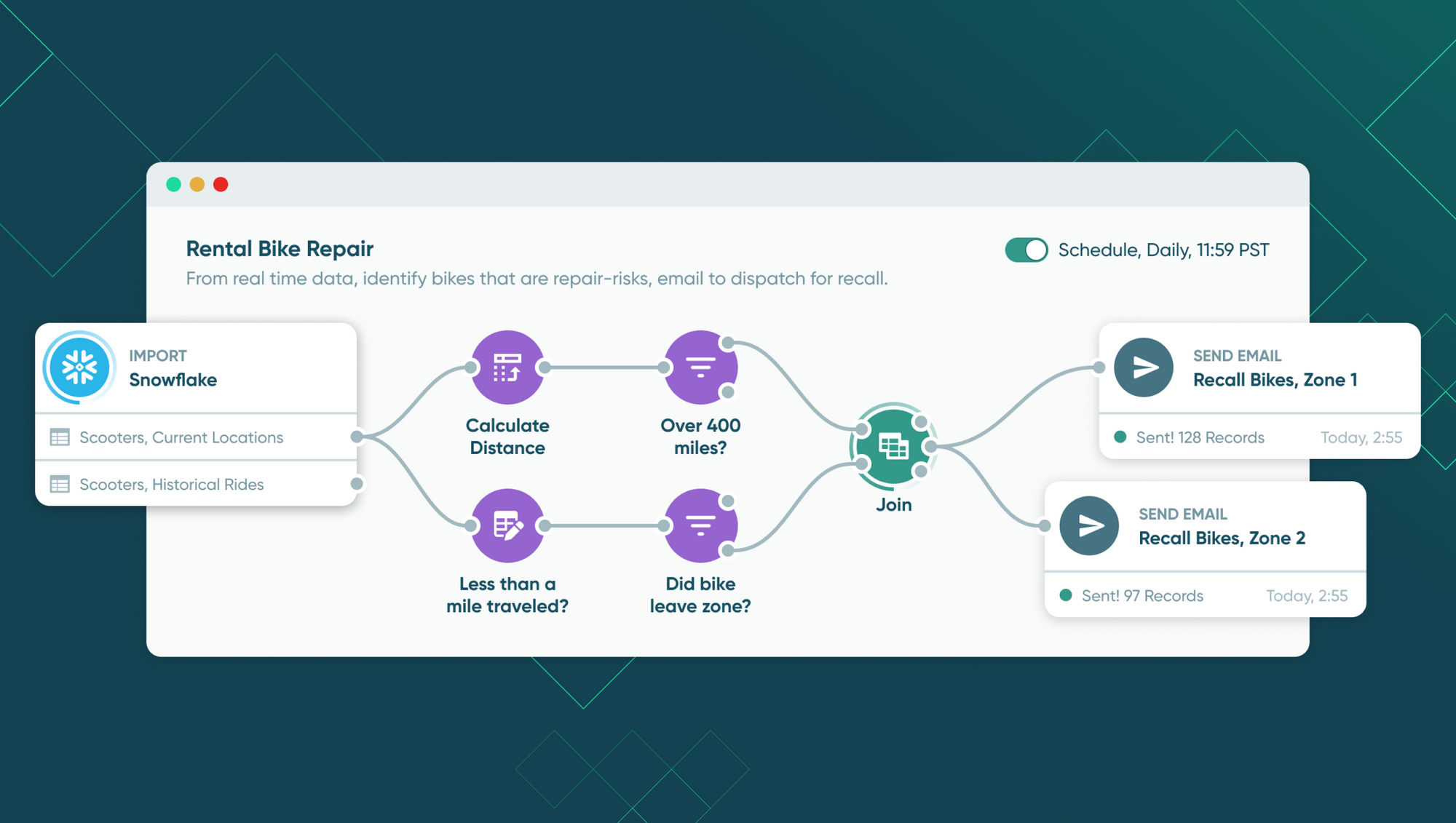 It’s one thing to build fancy dashboards but it’s another to build a data tool that takes this data and then, for example, helps a scooter company plan nightly pickups for recharging and repairs. With Cascade Labs, operations teams can easily take data from most common sources (or a CSV file, if needed) and then create workflows around that. That may include basic transformations and other standard data operations, but Cascade Labs also offers some predictive capabilities. Typically, at the end of those workflows is an action. That could be emails to the employees of the scooter operators about which scooters to bring in for repairs, for example.

“I think Looker was on the head end of a transformation that’s still going on, which is how do you get the right data to the right people in the organization that are really running the business,” Bill Trenchard, partner at First Round, told me. “I look at what Cascade [Labs] doing as an evolution of them. They are really at the intersection of kind of two movements: no-code tools, empowering non-technical creators to build like engineers — and the rise of the modern data stack. The combination of both is allowing companies to utilize data in entirely new ways like never before.”

He also noted that while there are lots of integration tools that produce dashboards, Cascade Labs is about getting the right data to the right people.